The 2017 ITF/CAT West and Central Africa 14&Under championship will serve off today at the National Stadium, Lagos with Nigeria as favourite to dominate the five-day team event.
The tournament is the qualifiers for the CAT Zone 2 for the African Junior Championship slated for Casablanca, Morocco later this year.

Aside Cote d’Ivoire, who withdrew at the weekend, only Ghana, Benin, and Togo registered for the tournament.
“Registration has already closed by Sunday evening. Most of the countries did not register apparently because of funds because we expected late registration all through the weekend but we did not get any information from the other countries,” Nigeria Tennis Federation Secretary General, Maria Akande, who confirmed the arrival of Ghana and Togo on Monday, said.

Meanwhile, Nigeria reaffirmed it’s supremacy in the West and Central region by topping the medals table at the ITF/CAT 14& Under Circuit which ended in Cotonou, Benin at the weekend.

Matthew Abamu was the star player as he has a hand in all th three gold medals won by Nigeria prominent of which was the boys’ singles final of the second leg where he defeated fellow Nigerian Emmanuel Jebutu in the final. Jebutu also hit the spotlight by beating Egyptian top seed, Hussien El Taweel who won the first leg without dropping a set in the semifinal; the Lagos-based player sealing a 4-6, 6-3, 6-0 win.

Saminu Abubakar from Abuja also paired Abamu to win both legs in the doubles to also help in Nigeria’s haul of five medals which was enough to beat the likes of Benin, Togo, Cote d’Ivoire, Senegal and Egypt to the top of the medals chart at the week-long tournament. 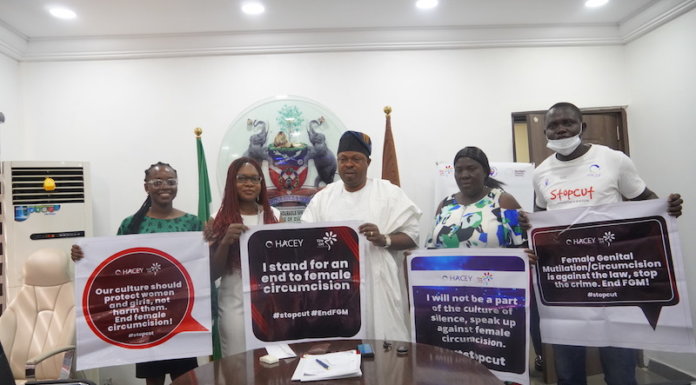