The Group Managing Director of the Nigerian National Petroleum Corporation (NNPC), Dr. Maikanti Baru, has invited leaders of the Petroleum Tankers Drivers (PTD) section of the Nigerian Union of Petroleum and Natural Gas Workers (NUPENG) and the National Association of Transport Owners (NARTO) to a meeting today as part of efforts to avert the strike planned by PTD, which is also scheduled to begin today (Monday).

PTD had at the end of its Central Working Committee (CWC) meeting held at the union’s secretariat in Lagos last Friday, issued a notice to commence strike today.

NUPENG’s National President, Mr. Igwe Achese, who released the communiqué, said the strike would draw the attention of the federal government and other stakeholders to some unresolved issues bordering on the welfare of workers, such as bad roads, poor remuneration, insecurity and the alleged excesses of some security agencies.

But the Group General Manager in charge of Group Public Affairs Division of the NNPC, Mr. Ndu Ughamadu, told THISDAY last night that the Group Managing Director of the corporation, Baru, had convened a meeting of the leadership of NUPENG and NARTO to resolve the crisis.

“NARTO and tanker drivers invited to a meeting  by 3p.m. Monday by the Group Managing Director,” he said.

Ughamadu had stated that Baru was in touch with the leadership of the unions to avert the strike.

“We are engaging them. Few days ago, the Group Managing Director of NNPC,  was in touch with the leadership of the union. Hopefully, with his intervention, it will be resolved,” Ughamadu had earlier told THISDAY.

The South West Zonal Chairman of NUPENG, Alhaji Tokunbo Korodo, had also told THISDAY that the union had fully mobilised members for the strike.

In their communiqué, NUPENG said: “The CWC-in-Session considers inhumane, the refusal of the National Association of Transport Owners (NARTO) to commence negotiation with the union for the renewal of the expired Collective Bargaining Agreement (CBA) on the working conditions of our tanker driver members in the PTD branch, after several appeals and even an ultimatum.”

“The CWC-in-Session, therefore, resolves to give full backing to any industrial action the members in this sector might decide to take with effect from Monday, April 3, 2017. To avert the pains and discomfort the action might cause, the CWC-in-Session calls on the federal government to urgently intervene and apprehend the unfortunate situation, to enable NARTO meet its obligations to tanker drivers.”

The communique also called on the National Assembly to urgently pass the Petroleum Industry Bill (PIB) in order to tackle all the issues of corruption plaguing the oil sector.

It also called for the commercialisation of the operations of the NNPC as well as the turn-around-maintenance for the refineries to increase local production and reduce the importation of petroleum products. 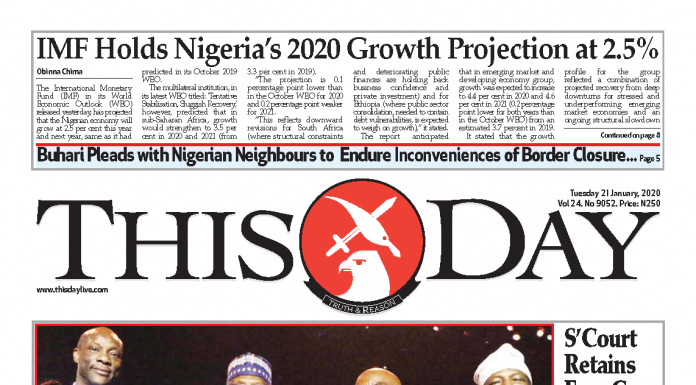