Operatives of Rapid Response Squad (RRS) of the Lagos State Police Command have arrested 23 persons in connection with attempted murder and highway hijacking.

While 12 were arrested for their part in intercepting heavyduty vehicles and making away with their goods,

11 other persons were arrested in connection with the attempted murder of the driver and the company’s representative.

The last act perpetuated by the syndicate saw them attempting to murder the tanker escort (the company’s representative) before they diverted the 45,000 litre diesel laden truck and 410 bags of flour.

The syndicate were said to have intercepted the truck with the registration number ENU 751 XH conveying  45,000 litres of diesel loaded at Optima Depot, Koko, Warri in Delta State.

To get the driver to stop, the suspects hit him with a hammer at the back of the head and threw him into a ditch.

Immediately Nafisat Osinowo, the owner of the company, Sansuat Petroleum got news about the diversion, they first reported the matter to Sango Ota Police Station in Ogun.

However, the case was thereafter taken up by the RRS after the Lagos State Commissioner of Police, Mr. Fatai Owoseni, ordered a crackdown on the suspects.

The operatives in handling the case had spent 11 straight days shuttling Ondo, Ogun, Lagos and Edo States and succeeded in picking up all the suspects.

As at yesterday, the operatives had arrested 23 people directly involved in the diversion and buying of the products, as well as for the

attempted murder of Tunji Ajayi, the representative of Samsuat Petroleum.

The complaint, Mrs. Nafisat Osinowo, in her statement at RRS Office in Alausa, Ikeja, said the diesel was meant to be delivered to Sango, Ogun State.

She said, “Our representative escorting the truck called me when they got to Benin that the tyre of the truck was not good in the afternoon.

“He called again at 11p.m. that the truck has been parked in Ore. It is our tradition not to travel at night. Our discussion was that they proceed on the journey at 5a.m. the next day.

“That was the last time we spoke. Efforts to get him the following day proved abortive until few days later when we were called that he was in an intensive care at the hospital.”

According to police sources, the duo of Gbenga Akinboyewa and Obinna Ofunue were recruited by the syndicate in connivance with the driver of the diesel truck, Amara (now at large) to eliminate Tunji Ajayi, the representative of the owner of the product.

The trio had at at night at Ore, engaged Ajayi, overpowered him before hitting him at the back of the head with a hammer.

They were reported to have thereafter dropped his body in a ditch along the road before diverting the truck with the 45,000 diesel.

The syndicate, led by Chibueze Nnamdi, a building material dealer in Ore, one Edwin Ozor Oluchukwu and one Shedrach (now at large), had raised N800, 000 to pay for the services of those engaged in the course of the diesel diversion.

In his confessional statement, Nnmadi said: “I invited Akinboyewa into the deal. I briefed him and he in turn invited Ofunue. The instruction we gave them was to tie the hands and legs of the escort and hide him somewhere so that within an hour, we would have closed the deal before he was lose. I didn’t say they should kill him.

“Ozor and I raised N800,000 to settle the boys, lodge them in a hotel, feed and take care of other emergencies in the course of the job. We promised Akinbiyewa N500,000 for their own aspect of the job.

Those equally arrested in connection with the attempted murder and diesel diversions were: Sadiku Ganiu, Oluchukwu Oyema, Gbenga Aliyu and Adeyemi Olatunji.

Meanwhile, the operatives have also uncovered that the same syndicate had sometime  last week facilitated the disposal off 410 bags of flour believed to belong to Dangote.

This further prompted investigations by the operatives, which led the RRS team to Sagamu in Ogun State, where the buyer of the flour, Rabiu Bello was arrested.

Bello, a kolanut dealer, had in his statement stated that one Mustapha (at large) brought the flour deal to him, adding that, he bought each of the flour N8,500.

He said he in turn sold the flour in Zamfara at N9,500 per bag and inducted others in the flour deal as Chigozie Obi, Feranmi Michael and Adedeji Kehinde.

All the suspects have been transferred to the State Criminal Investigation Department (SCID), Panti, Yaba, for further investigation and possible prosecution. 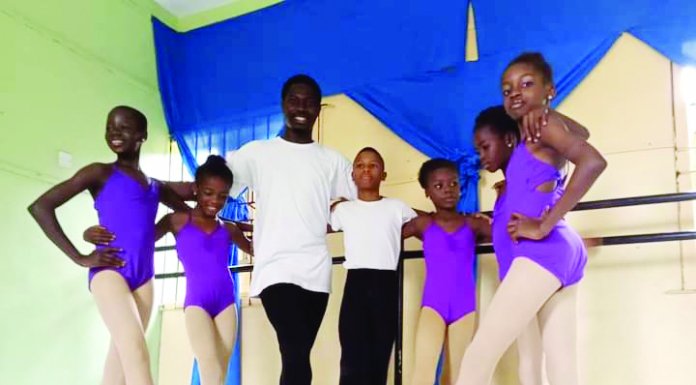