Matching techniques to theme, these dynamic artists, all five in number, had their works selected around the theme of young contemporaries. Arriving at a fast-paced city with human subjects is naturally intended to slow you down to ponder over the everyday sights that give profound meanings to our human existence. Beginning with Marcellina Akpojortor, his collection naturally catches the eye of the viewer right from the entrance owing to the imposing size of each piece and the playful colours that complement the subject of children. Mostly toddlers at play, the portraits vary in mood, titles and projections. Akpojortor’s mixed media effort was seen in his 2016 pieces such as “Ah-Da-Tha”, “Ma Ma, Da Da” and “Kesiena for President”.

The toddlers in his paintings are fascinating, contemplative and cheering”. It’s the artist’s unspoken words on future leaders, a hint at how and why they are precious.

Rewa used his works as the conduit pipe for a visual journey from city to city. His subjects are urban women, wired with different temperament. What you get in London is different from what you get in Lagos or Johannesburg. His pieces capture some emotional elements, ranging from depression to self-incursion. One central discovery with all the urban ladies is their style. Their individual style is a function of their prevalent cultural context. No doubt, the fresh paintings provided a clean break from the world of selfies on social media platforms.

For Ezekiel Osifeso, his poetic disposition shone through all his works especially in titles. In his “Allegory of The Herald” and “Reggae and Blues”, his women provided such emotional surge on canvas. Once, a gloomy-looking one bears a tell-tale of sadness that washes over days of joy. The multi-coloured texture of these paintings says a lot about their mood, tone and appeal. Sparking curiosity, Ezekiel’s collection initiates a rare artistic fluidity in the pieces which have detailed hues as well as the force of igniting empathy in the viewer. To strike a gender balance, the artist takes on a male subject in “Maturity’s Fiction”. Here, a young man, bare-chested with an umbrella in hand shows off his six-pack abdomen. The artists question the idea of maturity in his exploration of physical growth in a young African male.

In many traditional African cultures, the male child transits into manhood with a series of rites, usually ceremonious. A painful circumcision process is one of the landmark cultural events that boys look forward to in fear and sheer anticipation. When that episode of their lives is over, the world belongs to them to understand and plunder. That African worldview is echoed in this colourful piece.

Those brilliant miniatures from Avoseh Sejiro provide a futuristic perspective on the central idea for the exhibition. His works are a fusion of human forms and machines to explain contemporary phenomenon around the subject matter of man and his society. In “Physiognomical Distinction I”, a young lady’s head is replaced by a motor car with human eyes as headlamps. The following work in the sequence has a distorted human face and the piece is a mix of paintings, cut-outs from magazines or pictures. Flashing teeth and. colourful lips are also predominantly featured in this series. The subjects are largely young, their ages range from teen to early 20s. The use of machines in these pieces is an artist’s expression of the concern on how modern technology has shaped our contemporary lives.

In developed societies, robot scientists have fashioned ways in which robots can replace man at work since they are found to be faster and more efficient than humans. In response to the famed criticism against robots as being incapable of expressing emotions, recent scientific breakthroughs have suggested that robots which are capable of providing coital satisfaction are being designed. In more ways than one, technological discoveries are altering our cultural and natural lives. Robots are potential threats to global labour force and even marriages.

In another work titled, “Automobile Installation”, the artist assembled a metallic piece from the fender of a commercial tricycle whrich is a major feature of densely-populated cities of the world. In this piece, one headlamp is retained and so are a few tires. The installation juts out of the gallery wall and grabs the attention of the viewer for a few seconds before allowing the eyes to roam around and beyond the visual aesthetics.

Dimeji’s photography treats existentialist theme of survival using biblical references as texts that served as captions for the exhibits. The all-monochrome collection is feminist; emphasising the strength of women irrespective of their cultural background. Though the biblical history of man places woman in a role of submission to his male counterpart, this photography shifts attention to the power bequeathed on all humans to subdue the earth. Both women in the pictures represent the subduer and the preserver and how their roles are complementary and necessary for survival. These works may also have strong environmental subject matter of preserving nature in very subdued tone. It is one subject at the heart of global conversations on climate change. 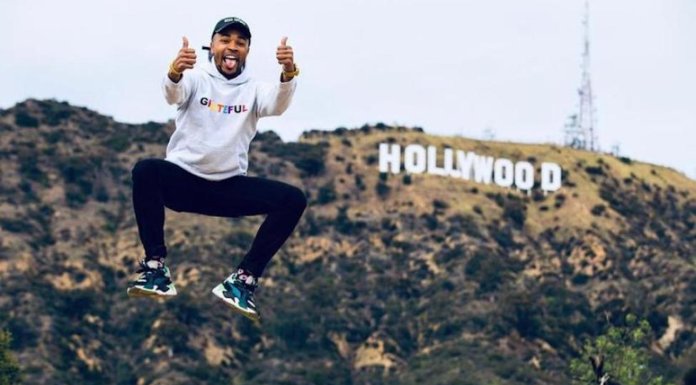