Home Sport Giroud, Iwobi Boost Gunners Push to the Top
Share
WhatsApp
Facebook
Twitter
Email
Google+
Pinterest
Linkedin
ReddIt
Print
Tumblr
Telegram
StumbleUpon
VK
Digg
LINE
Viber
Olivier Giroud’s incredible scorpion kick set Arsenal on the way to a victory over Crystal Palace which moved them up to third in the Premier League.
With a cross from Alexis Sanchez delivered behind him, Frenchman Giroud elastically reached the ball with his left foot, looping it over his head and in off the underside of the bar.
An Alex Iwobi header gave Arsenal a scrappy second before Palace briefly rallied to force saves from home goalkeeper Petr Cech.
The win moves the Gunners back to within nine points of leaders Chelsea, while Palace stay 17th, two points above the relegation zone.
The visitors have won only once in 13 league games, with manager Sam Allardyce awaiting his first victory since taking over from Alan Pardew.
Giroud marked his return to the Arsenal starting line-up on Boxing Day by scoring the only goal in the win over West Bromwich Albion, and followed up here by pulling off one of the most memorable moments of this or any other season.
Indeed, it was made all the more remarkable for its echoes of a similarly breathtaking goal scored by Manchester United’s Henrikh Mkhitaryan in the defeat of Sunderland on Monday.
If anything, Giroud’s was even more impressive, an acrobatic finish to a head-high cross delivered from the left by Sanchez at the end of a pacy Arsenal counter-attack.
As the ball arrived, a sprinting Giroud turned to stick out his left foot, flicked the ball over his head and saw it arc over the leap of Palace goalkeeper Wayne Hennessey, off the woodwork and into the net.
“It was an unbelievable finish,” said former Arsenal defender Martin Keown on BBC Radio 5 live. “It has to be up there with the goal of the season already.
“He’s hooked that with a gadget foot – the ball is behind him and he has no right to get his foot
Olivier Giroud told BBC Sport: “It is not difficult to say it is the best one. I was a bit lucky but it was the only thing I could do, the ball was behind me and I tried to hit it with a backheel.
“Maybe Henrikh Mkhitaryan’s goal inspired me, it’s the only thing you can do in that position. It is nice for me and the team because we start the year with a win.”
Even Crystal Palace goalkeeper, Wayne Hennessey, told Sky Sports it was a wonder goal: “It was a wonder goal – there seems to be a lot going in recently. It’s a fantastic strike.”
Arsenal Manager, Arsene Wenger, said: “It was a great counter-attack at great speed, his reflex surprised everybody who knows football and that’s what makes the goal great.
“I have been a bit spoiled over the years by the exceptional quality of the players I’ve had, but it will be remembered as an exceptional goal.
“Olly is very good in front of goal, but I’ve never seen this kind of goal from him.”
Arsenal lost ground in the title race with defeats by Everton and Manchester City, and began this game in fifth place following Tottenham’s win at Watford.
Giroud’s goal was the highlight of an otherwise lacklustre first half in which the only other moment of note was the Frenchman missing his kick attempting to meet a cross inside the six-yard box.
Still, the Gunners’ threat was always apparent, particularly in the shape of the forward running of full-backs Hector Bellerin and Nacho Monreal, who tormented the Palace defence throughout.
Monreal was involved in the second goal, providing a cross that was not dealt with, Iwobi heading in despite the efforts of Palace defender Joel Ward on the line. 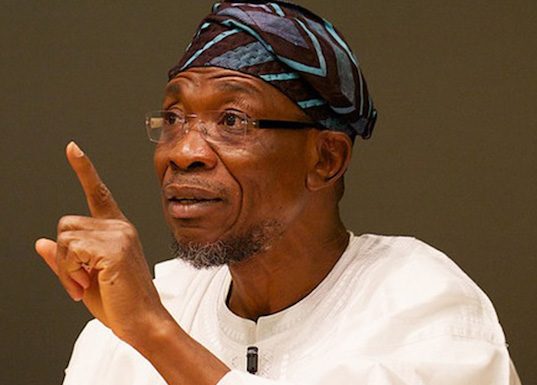