Nume Ekeghe
The United States Consul General in Lagos, Mr. F. John Bray, has urged the Nigerian government to take actions by creating economic reforms that will stir the economy out of its present crisis.

He said this yesterday during his presentation at the Hubert H. Humphrey fellowship programme 2016 annual lecture in Lagos.

Speaking on the theme of the lecture titled: ‘The Challenges and Opportunities of Managing a Recessionary Economy: The American Experience’, he said Nigeria could learn some lessons from America which experienced 47 recessions since its independence and has now emerged a strong a stable economy.

Bray said: “Each time we are out of recession, the US government and the American people learned new lessons about the best way to get our economy to the path of recovery. One of the best things that we have learnt is that recessions offer government an opportunity to make case for the people as well as take action for an overdue economic reform.”

The US Counsel General also said some initiatives taken by past American presidents to address recession were minimum wage law, social security retirement system and regulations on banks and the stock market as well as insurance on consumer bank deposits. Also, he emphasised on the need to spend out of a recession and reduce interest rates.

Speaking further on what Nigeria can learn from US history in managing recessionary economy, Bray said: “Based on the American experience in dealing with exceptional economies, it is clear that there is no simple answer. There is not a one-size-fit-all solution. Different times, different circumstances require a unique set of fiscal and monetary policies.

“I am confident in saying that the solution to the current recession in Nigeria is both inside and outside Nigeria. I am also confident that policies do make a difference; they can make things worse and also make things better.”

Furthermore, he stated: “A big lesson we learned in the wake of the Great Depression is that economies stand to gain more by being open rather than isolationism. As a consequence of this, the US continues to be the number one destination for foreign direct investment for all reasons. First, the confidence foreign investors have that they would be treated fairly. Secondly, investors can repatriate profits. Thirdly, the rule of law is supreme, and contracts mean something. Finally, and most importantly, it is easy to do business in the U S.

“As the most populous country on the continent and the largest economy in Africa, Nigeria clearly stands to gain in increasing its attractiveness to foreign investors. I hope that Nigeria will use the current recession as an opportunity to adopt and implement effective economic reform.”

He further said: “The US remains committed to helping Nigeria realise its economic potential.”

Adding to the reforms suggested to the federal government, a renowned economist, Mr. Ayo Teriba, during his presentation, cited the success of the telecommunications sector investment.

Teriba said: “The reality for Nigeria to attract more foreign investments is to reform its economy. The largest investment opportunity in Nigeria today is to build the infrastructures because we have a large infrastructural deficit.

“Unfortunately, most sectors in Nigeria are under government monopoly. So even if investors want to invest, they cannot because the government is monopolizing it.” 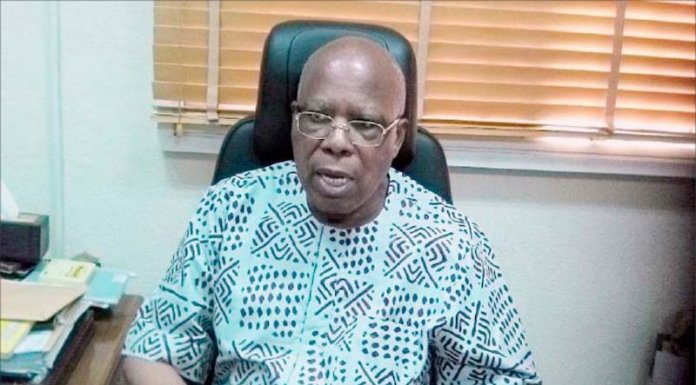 Fawibe: FG Must Guard against Subsidy Return from Marketers’ Claims

Between Policies and Poisonous Chalice