Arize Nwobu, in the report, proffers measures that should be adopted to take Nigeria out of her economic quagmire

The economy is in a recession, and ten major factors contributed to the situation: 1.The monolithic structure of the economy, with oil accounting for 90 per cent of exports, 25 per cent of Gross Domestic Product (GDP) and 80 per cent of government revenue, 2. Drastic fall in global oil price, 3.Lack of strategic agility by successive leadership which failed to diversify the economy and shift balances to absorb shocks in a dynamic and globalized economy,4. Absence of cutting edge growth strategies which in turn, was due to the in-application of theoretical and system thinking or scenario planning, 5. Unpatriotism and pervasive corruption, 6. Commitment of what development economists term ‘’Original sin’’(exportation of capital needed for development), 7. Infrastructure deficit, 8. The six months of lacuna preceding the appointment of Ministers, 9. Retreat of foreign investors, 10. Negative communication.

The short-term panacea in the circumstance are in, a. compensatory spending or pump priming(spending money raised by borrowing; used by governments to stimulate their economies) and, b. the inflow of dollars.

Government is making efforts in the international capital markets to work things out, and is also musing on asset stripping to raise funds to stimulate growth. Dollar scarcity and rising inflation has challenged the creative faculty of CBN Governor, Mr. Godwin Emefiele and his team, and they are doing the best they can in the maze.

It is not easy to manage ‘’The Policy Trilemma’’, or, ‘’The Impossible Trinity’’(the interacting trio of exchange rate, foreign capital flow and sovereign monetary policy), more so, in a time like this when things have gone awry and nothing is cast on stone, as a result of the above listed ten factors.

The apex bank deserves commendation and not vilification, irrespective of the hitherto fixed foreign exchange regime and its unintended functions. Besides holding forte during the six months preceding the appointment of Ministers, Mr Emefiele and his team have proven to be pragmatic, creative and flexible, dynamic and patriotic, except that the Nigerian economy is a paradox which seem to defy basic canons of development economics, with too much leakage and sabotage in the system which tend to frustrate good – intentioned policy initiatives.

CBN policies aim primarily at protecting and recreating the economy for sustainability. Besides its developmental initiatives which includes a scheme for self-sufficiency in food production, especially rice, the new flexible foreign exchange regime has been widely applauded as a bold and positive initiative. Its operating dynamic is in accordance with democratic capitalism, and barring systemic malfunction the policy will boost foreign investor confidence and dollar supply. Already, CBN has reported an inflow of US$1billion since the introduction of the policy.

The introduction of a Forward market to hedge volatility in the foreign exchange market, and the licensing of Foreign Exchange Primary Dealers are innovations that will deepen the market.

The apex bank’s retention of the Monetary Policy Rate(MPR) at 14 per cent has also been applauded by the International Monetary Fund IMF and other experts, including former CBN Governor, Sanusi Lamido Sanusi, though the former Managing Director/Chief Executive Officer, Asset Management corporation of Nigeria AMCON, Mr Mustafa Chike-Obi, holds a contrary view and advocates an expansionary monetary policy by lowering the MPR because, according to him, the present inflation rate, at 17 per cent ‘’was not caused by a demand factor.

But beyond CBN’s management of ‘’The Trilemma’’, we need innovative and   complementary fiscal policies with defined strategies to restructure the economy for long term sustainable growth and development. And that means we must return to the basics.

First, we need to realize that, 56 years after independence, the economy is still factor-driven. The World Economic Forum’s ‘’Global Competitiveness Report’’, in accordance with general development theory, divided countries into three different stages:

One, Factor-driven economies-‘’where countries compete primarily on the use of natural resource and unskilled labour and companies compete on the basis of price as they buy and sell basic products’’.

Two, Efficiency-driven economies-‘’where growth is based on the development of more efficient production processes and increased product quality’’

Three, Innovation-driven economies-‘’where companies compete by producing and developing new and different products and services by using the most sophisticated process.’’

Most developing nations, including India are factor-driven economies, while most of the developed world are innovation-driven. And among the BRIC, Brazil, China and Russia are in stage two (efficiency-driven), but it is notable that China’s competitiveness is ahead of other developing nations and is fast driving to stage three.

It took US, Britain, Germany, Canada and Russia approximately 60 years to get to the stages of maturity, and South Africa is currently driving towards maturity with the development of a ‘’world class’’ infrastructure, a prerequisites for poverty reduction.

Nigeria, massively endowed with natural and human resources should have been in stage two by now, but we seem to be in noctambulism and not going the way of nations that are determined to attain greatness and find a place in the international economy, beyond oil.

As a factor-driven economy, we should have a strong head start with high and consistent output and rate of development rising to over 10 per cent of national income, or net national product and with substantial development of manufacturing sectors with high growth rates.

We need to reinvent the economy such that output will regularly outstrip increase in population, otherwise, based on expert forecast on the basis of a 2.5 per cent Cumulative Average Growth Rate (CAGR), which translates to a population of 196.8million in 2018 and 233.6million in 2025 respectively, the socio-economic dynamics of the country may take a turn for the worse.

The leadership need to block the leakages and create momentum. Presently, the economy is over leaking, going by the ‘’leaky bucket model’’ of economic growth and development expounded by Avik Basu. The political class constitute a drain on the economy through conspicuous consumption and leisure living, a major reason recurrent expenditure is habitually skewed above capital expenditure. Capital should be mobilized and channelled into the economy and not state consumption.

Besides, we have a high propensity to consume foreign goods and services including those that can readily and patriotically be procured locally. It is preposterous and unpatriotic to build up foreign economies and create jobs for their youths at the detriment of the local economy. Government should consider the following strategies to recreate the economy:

We should not be hectored by the concept of globalisation and free trade which present a common platform for unequal partners- developed and developing economies, thus the need for the latter to be wise, adaptive, tactical and strategic, to play catch up and not remain a puppet on strings in the hands of the ‘puppet master’, the superior partner.

Two, adopt an endogenous growth model and leverage our large population to drive growth as obtains in the US.

Three, apply a combination of ‘’The big push’’ and ‘’Schumpeterian’’ growth theories to achieve a quantum leap. ‘’The big push’’ suggests ‘’that countries need to jump from one stage of development to another through a virtuos cycle in which large investments in infrastructure and education and private investments would move the economy to a more productive stage, and the ‘’Schumpeterian’’ model hinges on innovation and technology (creative destruction).

The quintet of technology, innovation, infrastructure, education and entrepreneurship are bedrocks of poverty reduction. We need modern technologies and innovations such as witnessed in the telecom industry and Nollywood to transform the economy. As Peter Howitt noted, ‘’economies that cease to transform themselves are destined to fall off the path of growth’’.

To boost the stock of infrastructure, government should maximally utilize the mechanism of the local capital market. Any effort to drive long term growth and development without an optimal use of the instrumentality of the capital market can only short-change the economy.

On education, emphasis should be on functional education, instead of the prevalent ‘’diploma disease’’ which has tended to saturate the labour market. And entrepreneurship, being the dynamo of economic growth, should be encouraged in special ways. 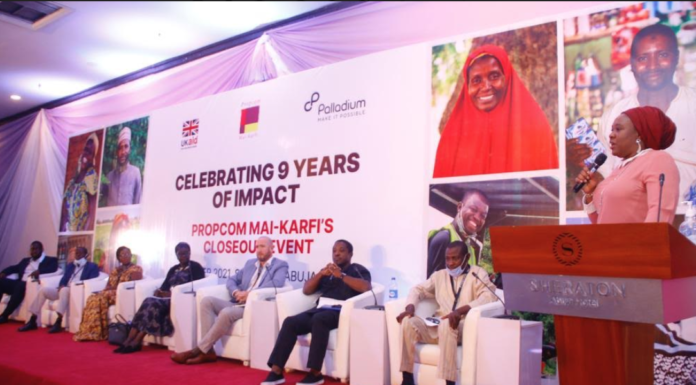