Some senators last night paid a visit to four of their friends who are presently being held by the Economic and Financial Crimes Commission (EFCC) for various allegations of corruption and urged them to continue to remain steadfast, saying: “It is a phase that will definitely pass”.

The senators had visited the EFCC to identify with former Minister of State for Defence, Senator Musiliu Obanikoro; former Minister of the Federal Capital Territory (FCT), Bala Mohammed; Former Minister of Aviation, Femi Fani-Kayode and former presidential spokesperson, Reuben Abati, all of whom are still being held by the commission.

THISDAY learnt that the Deputy Senate President, Ike Ekweremadu was also there at the weekend in the same spirit of showing solidarity with some of his former colleagues, who are answering to different charges of financial crimes before the agency.

Sources said the Ndume-led senators implored them to remain calm even in the face of provocation and continue to pray for the country because the challenges that are currently plaguing the country require that everyone must collaborate, regardless of leanings to achieve result.

“They urged them to remain calm because they also knew what it means to be away from the comfort of their homes for many days. But one thing said that was cheering to them was that it is a phase and that no matter how long it takes or how desperately the process is manipulated, it would certainly pass. And I think that is one incontrovertible fact about the whole investigation and trial,” said the THISDAY source.

Although the EFCC is said to have approved the bail of some of them, sources said the agency had deliberately provided stringent bail conditions, which have made it impossible for their lawyers to secure their bail.

There are speculations also that the agency is determined to make them spend a minimum of 14 days in its custody, hence its refusal to soften the bail conditions even when there were said to have been interventions from different quarters.

Meanwhile, Fani-Kayode yesterday debunked the claim by the EFCC that he was cheerful when the Catholic Bishop of Sokoto Diocese, Bishop Hassan Kukah visited him in EFCC custody.
Likewise, he said Obanikoro and Abati were neither cheerful as the EFCC claimed.

He faulted the anti-graft commission’s claim in a statement by his Special Assistant on the Media, Mr. Jude Ndukwe, noting that the EFCC was detaining him illegally contrary to the order of a Federal High Court sitting in Ikoyi, Lagos.

In the statement, Fani-Kayode acknowledged that Kukah paid him a visit in EFCC custody, disclosing that the priest also met Obanikoro and Abati at the anti-graft commission’s net in Abuja.

When he arrived at the EFCC, however, Fani-Kayode disclosed that the cleric met them at the clinic and afterwards had some private moments with them away from the prying eyes of journalists.

He said Bishop Kukah spoke words of encouragement “to the trio wherein he encouraged them to be strong and see this as a trying period for them. He prayed for them before departing.”

But the former minster said it was very shocking “to us to read that the anti-graft commission released a press statement wherein he alluded a lot of things supposedly said by the Catholic cleric and wove disheartening lies around them.

“This was obviously added to make a caricature of the seriousness of the condition of the detainees. What is there in EFCC for anyone to be cheerful about especially when someone is being illegally detained?
“It is all part of EFCC’s deliberate and wicked manipulation of the media against the trio who were met at the EFCC clinic by the bishop while undergoing some medical attention to say that they were cheerful.

“Also, that some of EFCC’s facilities were reportedly said to be ‘clean and orderly’ does not give them the liberty to illegally detain Nigerians for as long as they wish. Even if EFCC converts a five-star hotel to its facility, it can never be good enough to illegally keep citizens on account of their political leanings.”

Fani-Kayode reiterated that the EFCC “is holding him illegally on the ground that his his re-arrest at the premises of the Federal High Court, Ikoyi, Lagos on October 21 was done without a warrant

“The arrest was done after the presiding judge on the day’s matter had advised that it would be unwise to re-arrest a man who had honoured their invitations, had been on bail from both EFCC and the courts, has never been declared wanted and had appeared in court of his own accord
“He has been held for close to two weeks without even their usual questionable detention order which they used in holding him earlier for 67 days,” the former minister explained. 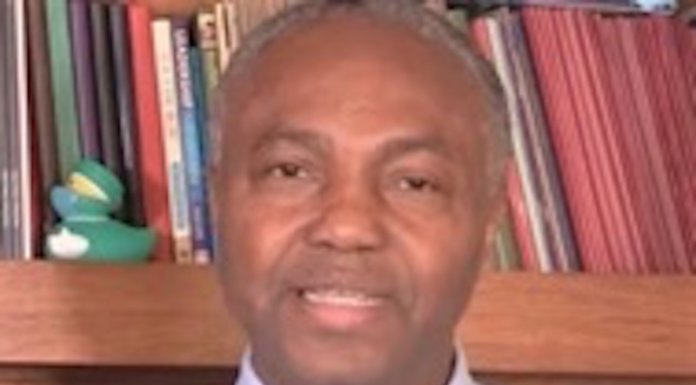