Scare stories. It feels so dark that we‘re all horrified and pretty heartbroken.
From everything that went wrong with a biography commissioned by President Muhammadu Buhari to his wife’s open accusation of him as being an ineffective leader. And that brickbats from the president saying his wife is good for “the kitchen and other room.”

Yes, the president spokesperson, Garba Shehu has called it a joke. But whose report shall we believe? Shehu’s or Buhari’s?

And from the story of invasion of private homes of judges labelled as corrupt by the men of the Department of State Services (DSS) to the new allegation of graft by one of the judges against the Minister of Transport, Rotimi Amaechi. Did Amaechi really give bribe? This will be an October surprise, if the claim by the judge comes with evidence. Last October, When Amaechi was screened by the Senate for the position he now occupies and question on corruption was posed to him by the Senate, I remember Amaechi didn’t say he never gave a bribe, he said: “I have never collected a bribe in my life.” True or false?

From the Rivers State Governor, Nyesom Wike’s obstruction of the men of the DSS from arresting a judge in Port Harcourt to the “gallant” and forcible entry of a bank by the Ekiti State Governor, Ayodele Fayose, to release the allegedly detained Femi-Fani Kayode’s wife, Precious, and her eight-month old baby in a bank on the order of the Economic and Financial Crimes Commission (EFCC), it appears governors are now in a position to force their way to anywhere. Immunity or Rascality?

From Senator Musiliu Obanikoro’s confession to participating in the unending alleged money laundering saga by the former National Security Adviser, Col. Dasuki Sambo, to the killing spree by herdsmen. No man to the rescue!
From the release of 21 Chibok girls by Boko Haram militants to the Bring Back Our Girls (BBOG) disclaimer on President Buhari’s daughter’s initiative that used its logo for a fundraiser, the headlines have been pictures of gloom and doom.

And that Rueben Abati’s intervention on the spiritual side of Aso Rock that has increased the fear in the land by 360 degrees. It feels like the enemy really grabbed Nigeria by the throat this past week.

The fascination of the abomination has undoubtedly made the newspapers a must read for many people nowadays. The online merchants of news have been equally busy with promotion of the many of the ugly stories. Imagine the growing regrets and the forlorn faces of our dear citizens about this very government. Like Nehemiah, even those who are in the Diaspora are weeping.

But the other side of the story should cheer us. From the Nnamdi Azikwe University, Ladoke Akintola University of Technology, University of Ibadan, University of Lagos, Kwara State University to several others, engineering students are taking up the challenge. These students with no resources and motivation are using existing technology to innovate.

Many of them have built drones, buses, powerbikes and projected other signs that should make them to attract significant attention.

Interestingly, little attention is given to these geniuses by the media and the government.
I watched the locally crafted quadcopter, a piece of drone, built and flown by undergraduate engineering students at the Nnamdi Azikwe University recently and I had a mixed feeling of joy and sadness.
I was stupefied by the bunch of talents in our universities on one hand and I was heartbroken by government unpreparedness for the future for our nation on the other hand.

For instance, in March this year, around the time Nigeria’s Minister of Science and Technology, Ogbonaya Onu, was focusing government policy on producing pencils, 23-year-old Ayoola Olaoluwa, a Computer Science graduate of the Ladoke Akintola University of Technology (LAUTECH) has built a working camera drone and a flying car from scratch.

One thing Ayoola said in an interview should help us to rethink our curriculum and place emphasis on maths, science and technology as a nation.
“I initially wanted to study aeronautical engineering, but it wasn’t available in any Nigerian university at the time, so I settled for Computer Science which is somehow a branch of aeronautics… Most of the things I know, I learnt myself. Reading up online, trying and failing till something is achieved. I wish there was an educational structure for people passionate about innovative pursuits to gain hands-on knowledge in those areas.”

While the United States Government is advancing and encouraging solar energy in a country that sees sunshine only for a period of the year, Nigeria that has sunshine, almost on a year-round basis and faced with epileptic power supply is not pushing such policy with vigour.

We like to wait for crisis before we act. It took the glut in oil market and this economic recession for us to start a strong push for agriculture. And the agriculture policy push itself has been criticised as lacking in component.

Last week, at the same time President Buhari was talking about “kitchen and other room,” the United States President Barack Obama’s speech about America’s giant leap into space by 2030 went viral with a new phrase of “space generation.”

According to Obama, science and technology “represents an essential part of our character — curiosity and exploration, innovation and ingenuity, pushing the boundaries of what’s possible and doing it before anybody else. The space race we won not only contributed immeasurably important technological and medical advances, but it also inspired a new generation of scientists and engineers with the right stuff to keep America on the cutting edge.”

I’m eager to know, if Buhari will tap into the army of young scientists across the country too to create his own space generation.
Follow me on Twitter: @adeolaakinremi1 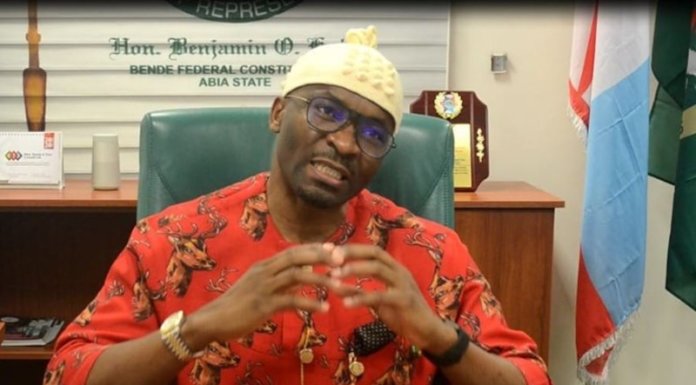