The Nigeria Deposit Insurance Corporation (NDIC) should look back at the condition of the insured institutions in 2015 with a sense of fulfillment, and a challenge to sustain its achievements. The 2015 Annual Report of the Corporation shows that:

“Overall, the banking industry remained stable and sound during the period under review; and the performance of the Microfinance Bank subsector improved compared to the previous year as they had strong capital base and liquidity.

“For Primary Mortgage Banks their performance improved in almost all indices in comparison with 2014 due mainly to the recapitalisation of the sector, enhanced compliance by the operators and improved supervisory oversight.”

In addition to the above achievements, NDIC complied with the provisions of the Fiscal Responsibility Act and remitted the sum of ₦24,185, billion to the Consolidated Revenue Fund of the Federation in 2015 as against N15.38 billion in the previous year.

The achievements crown the Umar Ibrahim-led management’s continuous efforts to deliver its mandates which are geared towards contributing to the soundness, safety and stability of the nation’s financial system as its 2015 Annual Report shows. It clearly shows that Nigerian banks are safe.

According to the management of the Corporation, the achievements are to further promote the overall intent of the President Muhammadu Buhari administration in attaining economic growth and stability for the country, just as an analysis of the annual report is a pointer to the fact that the Corporation is in tune with the change philosophy which is geared towards curbing excessive waste and enforcement of strong control measures aimed at safeguarding the country’s citizen’s deposits.

The report is also a manifestation of the Corporation’s commitment to its overall role as a Risk Minimiser in the guarantee of payment of deposits up to the maximum limit in accordance with its statue in the event of a failure of an insured financial institution.

Furthermore, the sum of N95.77 billion was paid as liquidation dividend to depositors of DMBs in 2015 compared to N94.74 billion as at December 31, 2014. That amount included the uninsured portion of private sector depositors of 11 out of the 13 banks closed post-bank consolidation which was funded by the CBN.

The creative ingenuity of the Corporation leadership was also brought to bear in the extension of deposit insurance coverage to subscribers of mobile money operators (MMOs) through the concept of pass-through deposit insurance up to a maximum of ₦500,000.

Routine examination
In line with its expected role in banking supervision in order to protect depositors; foster monetary stability and promote effective and efficient payment system and others, the Corporation carried out extensive and routine examination to assess the financial condition of Deposit Money Banks where it was discovered that the Banking industry total assets grew marginally by 1.36%, total loans and advances rose by 5.56%, shareholders’ funds unimpaired by losses increased by 14.02% while capital adequacy ratio stood at 17.66%. However, total deposit liabilities declined by 2.83%, unaudited profits decreased by 2.02% while non-performing loans increased by 82.87% in 2015.

The wellbeing of Deposit Money Banks were regularly ascertained during the period under review to gauge their capital adequacy; asset quality; earnings and profitability; liquidity management etc. Overall, it was discovered that the banking industry remained stable and sound during the year.

Microfinance Banks
The financial conditions of Microfinance Banks (MFBs) were routinely scrutinized during the period under review, and indeed, their paid-up capital increased by 54.40% from ₦54.52 billion in 2014 to ₦84.18 billion in 2015. The MFBs also averaged CAR of 43.75% as at 31st December, 2015. Other parameters used in assessing the financial conditions of Micro Finance Banks apart from Capital Adequacy are Asset Quality were Earnings and Profitability and Liquidity Management.

Overall, the performance of the MFBs subsector improved compared to the previous year as they had strong capital base and liquidity.

Primary Mortgage Banks
In the course of assessing the financial conditions of Primary Mortgage Banks (PMBs), it was established that out of 42 PMBs in operation, a total of 14 failed to render returns to the NDIC and unpaid premium from nine (9) PMBs amounted to N238.30 million in 2015.
Overall, the performance of the PMB subsector improved in almost all indices in comparison with 2014. The improvement in the operations of the PMBs was due to the recapitalisation of the sector, enhanced compliance by PMB operators and improved supervisory oversight.

Fraud cases
Out of the 12,279 fraud cases reported by the Deposit Money Banks (DMBs), 425 cases were attributed to staff. The number of fraud cases perpetrated by staff had decreased from 465 in 2014 to 425 in 2015. Similarly, losses arising therefrom substantially decreased by 70% from N3.165 billion in 2014 to ₦0.979 billion in 2015. The highest percentage of frauds and forgeries cases of 38.59% was perpetrated by temporary staff.

The Corporation is reported elsewhere to have noticed from bank examination reports, a strong correlation between the high incidence of frauds and forgeries in the banking system with the use of contract and outsourced staff. It continues to discourage the practice.

The Corporation has also embarked on sustained and continuous capacity building programmes for staff on environmental and social risks issues. It also collaborates with other stakeholders to promote and expand the Sustainable banking space.

– Daniels is an author and a journalist

“The wellbeing of Deposit Money Banks were regularly ascertained during the period under review to gauge their capital adequacy; asset quality; earnings and profitability; liquidity management etc. Overall, it was discovered that the banking industry remained stable and sound during the year.” 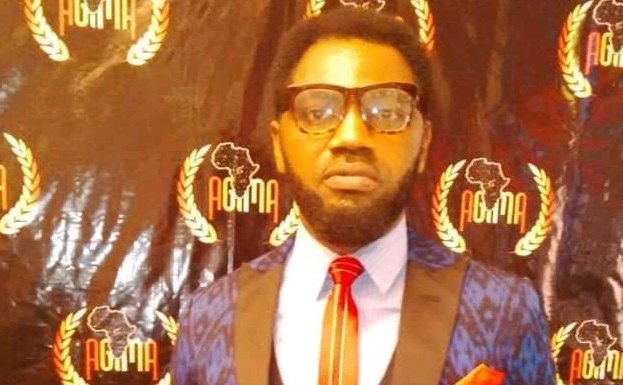