That Etisalat is calling for entries from across the continent for its annual literature prize is still newsy. The arrival of the Etisalat Prize for Literature is good news on a continent brimming with literary talents but in desperate need of appropriate literary platforms for expression. African writers and publishers of new titles have got another opportunity to showcase their works and be celebrated. The call for the 2016 entry to the Pan Africa Literature Prize opened on June 1st, till August 31st.

In its tradition, the Nigeria telecommunication company had at a press conference sometime in May declared this year’s edition, witnessed by a coterie of arts and culture journalists, celebrated writers, book critics and academics, and other members of the literati. “The Etisalat Prize is about creativity, excellence, empowerment and reward”, reckons Mathew Willsher, CEO Etisalat Nigeria during the press conference in Lagos. “It is about celebrating our African diversity in very innovative ways through various forms of art, literature being one of them.”

At the launch, the organisers had also announced the panel of three eminent scholars as judges for the 2016 literature prize competition, possessing equal formalities participants in the previous editions were subjected to. With multiple awards winning Nigerian author Helon Habila as the Chair of the Judges. Ironically, a Nigerian writer is yet to win the prestigious prize. Other distinguished members of the panel are celebrated Ivorian writer and translator, Edwige-Renee Dro and Zimbabwean-South African intellectual and human rights activist, Elinor Sisulu.

Although there are other literary awards dotting Africa’s landscape, the Etisalat Prize for Literature basically recognizes and rewards first fiction book (over 30,000 words) from new writers of African citizenship, published within the last twenty four (24) months. And short stories of not more than 300 words for the Flash Fiction category (online). The Prize is noted to have experienced immense success in its first and second year with entries received from across the continent as well as the African diaspora.

The entries for the third edition in 2015 reached a new height, following a fresh angle to it by the organisers that books submitted must be from registered publishing firms, which must have been in business for about six years and have published a minimum of six authors to their credits each.

On a good note, the Etisalat literature prize has remarkably served as a portal for new African writers. Via the entry process, the panel of judges thoroughly nominates a longlist of nine authors, out of which three selected finalists are then shortlisted for the prize finale where the winner is eventually unveiled.
Following these stages in all past three editions put together a total of twenty seven (27) authors have been exposed. Authors who have emerged from the competition are charting literary paths. And so have moved on to compete in other literary competitions with other emerging writers thereby fueling the literary space.

Interestingly, the literary prize, which enters its fourth year, has become the major literary award in Africa for new African writers following acclaims credited to the prize since inception, of which are the following: “The Etisalat Prize is no mean feat….shining a welcome spotlight on new African fiction”, BBC. “The Etisalat Prize is attempting to empower players in Africa’s literary scene inside the borders, including publishers, agents and of course writers”, Aljazeera. “The Etisalat Prize, established in 2013 is a prestigious Pan-Africa Prize, recognising the best first books by new African writers”, Southern New Hampshire University, MFA and Creative Writing.

On record, the famed literary prize has produced three distinctive winners and these past winners have been imparted in more ways than they anticipated. To the runners up in the competition, like American based Chinelo Okparanta, the homegrown Nigerian author, in an online interview with Sabinews, professed how entering for the literature prize in 2014 has boosted her confidence in writing. She now has her second novel titled Under The Udala Trees.

The winner in the maiden edition in 2013 was NoViolet Bulawayo with her very popular entry called We Need New Names. As sourced, the book is been accepted worldwide, and she is been recognised with literary offers after the Etisalat award. The Zimbabwean writer now sits on the board of Writivism Literary Initiative, a group that supports literature across the continent. So magnanimous it was that she bequeathed her Etisalat writing fellowship at the University of East Anglia to the runner up, Nigeria’s Yewande Omotosho.

For Fiston Mwanza Mujila, who embarks on the Etisalat writing scholarship in December, is tremendously blazing the trail. The 2015 literature prize winner is said to be incredibly expanding his scope across the world after he was awarded the prize. His winning novel – Tram 83 -, having been translated from French to English, still holds the meaning. He is being granted publishing deals across the globe. His book has been signed to be further translated into various languages; about six languages, including German in no time soon. The writer from Congo Democratic Republic is currently on a tour for the German version of his book.

Songeziwe Mahlangu the prize winner in the 2014 edition is not lost. The South African chap who reflects in the central character of his debut work – Penumbra – has just, sometime early this year finished from the Fellowship. He has got his second book in the making. The Fellowship basically is to harness their writing skills, project them to the writing world, and get them to learn about African literatures.

Mentored by Professor Giles Foden, author of The Last King of Scotland, the Fellowship is seen to be second to none and attracts significant opportunities like to meet other writers, publishers and most importantly enable work on their second books. Plus a high end device and the 15,000 pounds cash prize for the winner.
The Etisalat Prize for Literature by way of support also promote the publishing industry at large and therefore purchases of 1000 copies each of all shortlisted books donated to various schools, book clubs and libraries across the African continent.

In line with the vision, finalists are sponsored on a book tour of African cities. The ripple effect there is for these new names emerging from the Etisalat literary stage is a welcome development to bridge the divide between the old generations of the great writers that dominated Africa’s literary scene and the present crop of writers. It’s another season for the Prize and another chance for a writer to win it. Hopefully, a Nigerian author this time. 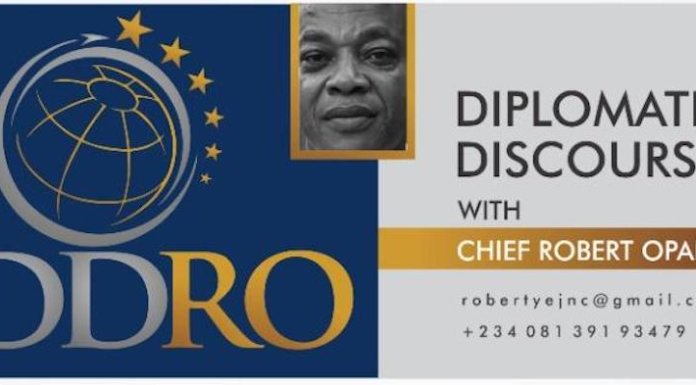