With the expected release of the second tranche of the 2016 capital budget allocation by the Federal Government, Olaseni Durojaiye looks at issues bordering on impact of the fund on the economy

The announcement recently by Vice President Yemi Osibajo that the federal government will release N100 billion to fund capital projects has elicited excitement given the expectation that the fund will further stimulate the economy, engender job creation and boost liquidity in the system.

The excitement is not unexpected considering that the fund is earmarked for critical sectors of the economy including power, works, housing, transportation, defence and agriculture. Besides, it is in keeping with the pledge of the government to keep capital budget spending to a minimum of 30 per cent of the entire budget. The entire budget is N6.06 trillion.

While releasing the figure at an event hosted by the Lagos Chamber of Commerce and Industry (LCCI), Vice President Osibajo had noted that the federal government earlier released N332 billion, which is more than the entire sum released for same purpose in 2015 to buttress the commitment of the current administration to fund capital projects.

It will be recalled that the government had much earlier promised a N350 billion stimulus, which many expected will go a long way in reflating the economy. While signing the budget into law, President Muhammadu Buhari had stated that, “The signing of the budget today will trigger concerted efforts to reflate the Nigerian economy, a key element of which is an immediate injection of N350 billion into the economy by way of capital project.”

Speaking further, he had added that, “To illustrate our renewed commitment to infrastructure development, the 2016 budget allocates over N200 billion to road construction as against a paltry N18 billion allocated for same purpose in 2015 budget,” he stated.

Though, the 2016 budget could not be said to have performed really bad, it is not equally excellent. Even then many believe given that the country is just three months into the budget implementation and with the accelerated interventions from government so far, the budget performance will improve as the implementation continues. This is even as some analysts argued that the commitment of the current administration towards capital project funding without trading off civil servant remunerations deserves some commendations.

As watchers expect the proposed N100 billion to be injected into the economy, a deeper look at the level of impact it will have on the economy has become pertinent against the backdrop of the expectations in certain circles. So also is the appropriateness or otherwise of the release of funds in phases against the ability to achieve the objectives.

The idea of the stimulus was welcomed particularly by those who were in favour of strategic intervention to bridge the infrastructure deficit in the country and capable of jumpstarting the ailing economy. Some also argued that it will boost employment particularly in the construction industry. Of particular note is the power sector, as many analysts and global economic consulting groups described it as the key to unlock Nigeria’s economic potentials and greatness.

Some of the analysts argued that steady power supply would greatly reduce the cost of doing business in the country and boost the informal sector of the economy. This is true of an economy that relies heavily on generating sets and generators as source of power for businesses and homes.

Interestingly, capital spending has remained in the realm of postulations as its real impact could not be ascertained due to different variables. According to some analysts, who argued that it was premature to discuss the impact on the economy, ”When the NBS release Q2 2016 GDP and unemployment data in coming days, we can draw some minimal conclusion of the impact of capital expenditure so far.”

Opinions expressed by economic analysts and watchers on capital budget released so far, in addition to the N100 billion being expected, compared to its impact on the economy and if it was capable of injecting significant liquidity into the system enough to boost purchasing habits, have been mixed.

While one analyst argued that the amount is short on target compared to the planned release of N350 billion each quarter, another held that phased disbursement of funds was the ideal thing to do in a challenged economy in need of financial stimulation.

A Lagos-based analysts, Wilson Erumebor, who argued that the fund released so far had impacted the economy, explained that, “compared to the planned release of over N350 billion each quarter, this amount is short on target.” According to him, “The Nigerian economy is currently facing a negative growth and much injection of fund is required of the government to stimulate production and construction activities. I think much of the problem lies in the inability to achieve projected revenue, which ultimately would affect the implementation of the budget.”

“Spending on capital projects is expected to impact the economy especially in the delivery of some infrastructure projects. However, we must pay attention to how much of the released amount has been utilised for specific project. It is when such monies have been utilized that we can quantify the level of impact on the economy,” he added.

On his part, another analysts with a Lagos-based economic advocacy firm, Rotimi Oyelere, averred that, “Government spending is based on guidelines and procurement process. In addition, government spending is based on earned revenue plus borrowing. So fund must be available before spending. Again, for proper tracking and monitoring and to minimise abuses and diversions, the phase release is good.

According to him, “At this moment, it will be erroneous to assess impact of fiscal votes released less than 5 months ago. Impact of fiscal expenditure do not manifest in the short-term, based on the gestation period of intended projects. Even if we examine key macro variables: GDP, inflation, unemployment, exchange rate, export, etc., the evidences are really fragile. When the NBS release Q2 2016 GDP and unemployment data in coming days, we can draw some minimal conclusion on the impact of capital expenditure so far,” he posited.

Reacting to question on whether the stimulus is capable of translating into significant liquidity in the system, Oyelere, who stated that, “For proper tracking and monitoring and to minimise abuses and diversions, the phased release is good,” however contended that, “There is no yes or no to this because capital spending in most cases do not directly correlate with amount of liquidity in the system.”

“However, it can indirectly affect money flow in the economy. Monthly allocation in most cases affect liquidity since this hit the economy straightaway,” he added. 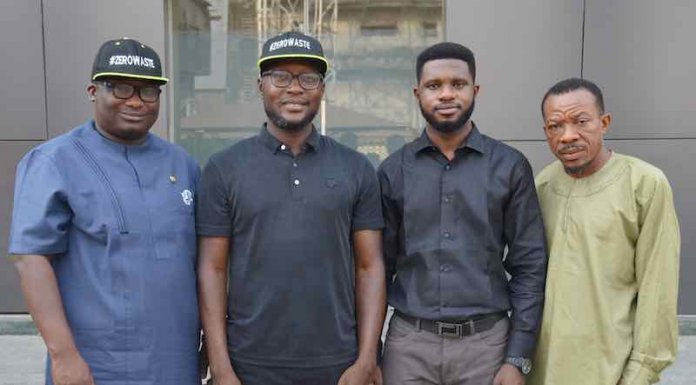