The management of Indorama Eleme Fertilizer and Chemicals (IEFCL) Company and Notore Chemical Industries have both refuted allegations that the companies were sabotaging the national economy and security through the importation of urea nitrate, a chemical used for fertilizer production and could be used illicitly to manufacture explosives, and the export of fertilizer to the detriment of farmers in Nigeria.

In separate statements yesterday, both firms stated that all their domestic supplies to customers were in accordance with the approval of the Office of the National Security Adviser (NSA) and the Farm Input and Supply Services (FISS) department in the Federal Ministry of Agriculture and Rural Development.

Both producers of fertilizer and other petrochemicals were responding to the National Security Adviser (NSA), Maj.-Gen. Babagana Monguno (rtd), who last week had accused them of sabotaging national security and the economy by being conduits through which insurgents, especially Boko Haram terrorists and Niger Delta militants, obtain explosive materials in order to wreck havoc across the country.

He also accused them of unpatriotic acts and abuse of the goodwill of government, alleging that about 71 per cent of the 2.05 million tonnes cumulative annual production of fertilizer manufactured by Indorama and Notore, is exported to the detriment of the national economy.

According to the NSA, this has resulted in a spike in the price of urea-based fertilizer in Nigeria with obvious implications on food security in the country.

But in a statement yesterday, Indorama said: “Indorama Eleme Fertilizer and Chemicals Limited (IEPL) and its sister companies in Nigeria are not, and have not, and would never be directly or indirectly involved in any activities to undermine or sabotage the economy or security of the nation.”

The statement issued by the company’s head of corporate communications, Dr. Jossy Nkwocha, noted that its “brand new, world class” fertilizer plant built at a cost of $1.5 billion — one of Nigeria’s largest foreign direct investments in the downstream sector — started pre-commissioning production only recently at only 75 per cent capacity, and in the past one month has been giving priority to the domestic market.

According to the statement, “The plant is still awaiting official inauguration. Our brand new fertilizer plant has capacity for 1.5 metric tons of fertilizer per annum which is designed to serve Nigeria’s entire domestic requirement and the surplus is for export markets.

“However, our primary focus is to serve the interest of our domestic market and this we have been doing with a great sense of responsibility and commitment to the Nigerian economy.

“It is also a matter of national pride that the surplus production would be exported to enable the generation of foreign exchange for the country at this time of huge deficit of foreign exchange, as well as branding Nigeria’s global reputation as a producer and exporter of petrochemicals and fertilizer, thereby encouraging more foreign investors to come and invest in Nigeria.”

Nkwocha stated that Indorama has been loading and distributing an average of between 90-100 long trailers of fertilizer, each carrying 600 bags of 50kg each, totaling over 57,000 bags of Indorama urea fertilizer daily over the past one month for the benefit of Nigerian farmers across the country.

Indorama said as a responsible corporate organisation, it was constrained to state the facts for the benefit of the Office of the National Security Adviser (ONSA), the federal government, international partners, other critical stakeholders, and the general public.

Indorama said that it was greatly embarrassed and distressed that the NSA gave the misleading impression that the two fertilizer companies were sabotaging national security by distributing fertilizer within the country, which is being used by some undesirable elements to make explosives.

It also expressed readiness to collaborate with ONSA and the Federal Ministry of Agriculture and Rural Development to ensure that all identified concerns about the availability of Indorama fertilizer by farmers and dealers are addressed as quickly as possible.

Indorama said it would continue to work with federal government regulators to achieve its vision of building the largest petrochemicals and fertilizer hub in Africa with a cumulative investment of $4.32 billion by 2020.

The company said it has also created over 7,500 jobs, as well as engendered numerous corporate social investment (CSI) programmes that impact very positively on its host and transit communities in Rivers State.

In its refutal, Notore yesterday also completely denied allegations that it was involved in activities that sabotage Nigeria’s security and economy, stressing that the allegations in “no way represented the character and operation of our business”.

According to Notore, “Our attention has been drawn to various publications in the media containing serious allegations about Notore Chemical Industries Plc.

“In the publications, Notore was alleged to be sabotaging Nigeria’s national security and economy by being a conduit for explosive materials as well as being ‘unpatriotic’.

“Notore is constrained to refute the allegations in the strongest terms. Notore has not been, is not, and has no intention whatsoever of engaging in any activity that is detrimental to Nigeria. As a Nigerian company with predominantly Nigerian beneficial shareholders, Notore has always been committed and is focused on supporting initiatives of the Federal Government of Nigeria and championing the African Green Revolution with a focus on Nigeria.

“Notore is the premier producer of urea fertilizer in sub-Saharan Africa and has been in production for over six years. As the champion of the African Green Revolution, Notore has as its core goal the enhancement of food production and food security in Africa, particularly in Nigeria.

“Part of its strategy to achieve this goal is to focus on sales in the local market via Notore’s extensive, controlled and award-winning distribution channels.

“In addition, Notore has and uses extension workers who are committed to the training of local farmers on best practices and the creation of ‘test plots’ to showcase the benefits of effective use of fertilizer on crops, the creation of an effective and efficient distribution channel to ease access to fertilizers for the farmers, as well as boosting production capacity to meet the ever increasing demand of the Nigerian farmer.”

The Onne-based fertilizer producer and distributor said over the past several years, through its private extension services and controlled distribution channels, which include over 2,500 village promoters, it has reached over three million Nigerian farmers who have been impacted positively with increased yields.

It added that as estimated by a 2013 report by Propcom-DFID, an innovative, market-driven initiative of the United Kingdom’s Department for International Development (DFID) that aims to reduce poverty in Nigeria, over 33 per cent of smallholder farmers in seven selected northern states learned at least one improved farming practice from Notore’s activities, leading to increased yields and income.

Notore said it had also worked with the Federal Ministry of Agriculture and Rural Development, some selected states, and International Fertilizer Development Center (IFDC) in designing and implementing the fertilizer voucher program between 2009 and 2012, which greatly improved the administration of the fertilizer subsidy programme by increasing the reach to target beneficiaries from a previous 11 per cent to as much as 60 per cent.

“The success of this voucher programme became the basis on which the Federal Government created the Growth Enhancement Support Scheme (GESS) e-wallet programme, which sought to improve agricultural productivity through the effective and efficient delivery of farm inputs such as fertilizer, which increased yields.

“It is through these and other activities that Notore has helped and continues to help build Nigeria’s agricultural and economic landscape, which has a direct impact on the country’s GDP.

“As part of its commitment to Nigeria, the bulk (about 75 per cent) of Notore’s production of fertilizer is focused on the Nigerian market, and because Nigeria largely has only one planting season, the majority of this production is sold locally during this peak season.

“Notore only exports limited amounts of fertilizer during the dry season — when there is essentially zero demand for fertilizer in Nigeria — yet continues to work aggressively with the Federal Ministry of Agriculture and Rural Development to encourage and stimulate farming in Nigeria during the off-season in order to further its core goal of increased food production and food security in Nigeria.

“For instance, Notore has been a key partner in the CBN Anchor Borrowers’ Programme aimed at increasing the local production of key crops.

“During the recently completed pilot of the rice anchor borrowers’ programme in Kebbi State, Notore supplied all the urea fertilizer used in the programme. It is important to note that the company delivered the requested fertilizer for the programme within a very short period to all the locations in which the programme was implemented in the state.

“In continuation of that programme, Notore has also committed to supplying all the urea fertilizer required for the programme during the current rainy season in all 11 target states.

“Another example of Notore’s aggressive efforts to stimulate farming in Nigeria is its successful onion intervention in Kebbi State. In 2010, an unprecedented severe case of onion twister disease in Kebbi State, similar to the recent tomato crisis, crippled all farming activities involving onions.

“As of the time of Notore’s intervention in 2010, onions were in short supply with high demand, thereby raising the price to an all-time high of N40,000 per bag.

“However, following Notore’s intervention, involving a combination of experiments to test different options to combat the problem as well as educating farmers on the need to adopt best practices, the dry season of 2011-2012 saw a huge rise in produce availability. This pushed down the price per bag of onions from about N7,000 in December 2011 to N1,000 in May 2012.

“Urea fertilizer is crucial for the agricultural revolution in Nigeria and for the millions of farmers who rely on it to achieve food security and self-sustenance.

“Notore produces urea solely for agricultural purposes, and urea, on its own, is harmless. It is only when people that are involved in nefarious activities further process urea by mixing it with harmful substances, such as nitric acid, that the combination can become dangerous.

“Notore does not produce, import, or in any way use nitric acid. Furthermore, Notore has worked and continues to work with government agencies to ensure that its products move strictly through its controlled distribution channels to be delivered directly to official distribution partners and then into the market,” the company stated. 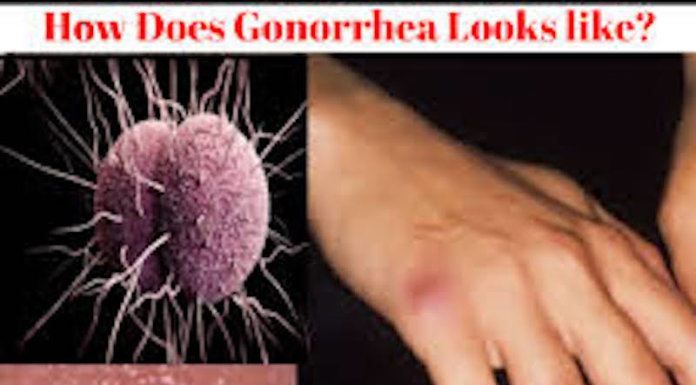