Most people make their marks not in areas of expected excellence but from where failure stares them in the face or their ingenuity would not be well appreciated as having demonstrated uncommon manifestation.

Also, in the present era, lines are constantly being crossed professionally; people are working and performing out of the box so that core professionalism no longer determine level of delivery but possessing organisational skills and flair for  excellence.

So with the appointment of Hadiza Bala Usman, best remembered for her human intervention in insisting that government take action in locating and freeing the kidnapped Chibok girls as the Managing Director of the Nigerian Ports Authority; critics in their elements have been abuzz with grumbles. The reaction though from what could be considered an insignificant few that have made a profession of criticising every action of President Muhammadu Buhari need not go unreplied.

To those averse to the appointment, the narrow argument has been that one more associated with the marine sector ought to have been appointed to steer the affairs without the thought that having been atrophied for long, that fresh ideas and blood were needed to turn things around.

A look at who Hadiza is would be apt at the moment to see if anyone could have been better suited for the challenge of making sense out of the nadir of operational wedge that the NPA has become. If the argument of critics was that she was appointed as an undertaker because previous managers, most of them well steeped in the marine sector but just killed or made near moribund the activities in the ports, they would have had some valid points. However, Hadiza has been in places where moribund projects were returned to life having at a tender age, worked in places like the Bureau of Public Enterprises as well as being part of the restoration of the Abuja masterplan. It could be said that by the appointment, she has been given a spot to stand on her own to show what she had been contributing from the background to ovatious achievements.

Without fear of contradiction, Hadiza has garnered the requisite educational kits and organisational experience to inject the needed new blood into NPA and from her zero-tolerance for corruption, the cesspit will soon get clean, maybe part of the reason the rent seekers in and around the organisation are crying wolf.

Born in Zaria to Yusufu Bala Usman, she grew up close to Ahmadu Bello University where her father worked. She earned her bachelor’s degree in 2000 from Ahmadu Bello University and her master’s degree from the University of Leeds in 2009. Her work experience span  a non-governmental organisation, the Centre for Democratic Development and Research Training (CEDDERT) in Zaria as a research assistant in 1999; Bureau of Public Enterprises (BPE) and as a Special Assistant to the FCT Minister on Project Implementation; Director of Strategy for the Good Governance Group (3G) and Chief of Staff for the Kaduna State Governor.

For those who know her, she possesses a rare strength of character, drive and an eye that never rests on anything as perfect for long so that she constantly changes the status quo in quest for contemporary modernity.

World over, skills abound and yet there are failures of entreprises, even those that were thought to have outgrown collapse. The trend is those who know what needs to be done taking charge and at the position she occupies, it is not navigational skills or knowledge of the location of bouys in the waters that she needs but the ability to chart a positive course and have the zeal to steer the NPA ship to harbour.

With her knowledge from several duty posts in the mix, it bears the fruit of selecting good team, insisting on positive work ethic, wiping out or radically reducing corruption and ensuring that the gains of creating a shipping hub in the region or even continent is achievable.

The sensitivity of the position relegates the argument of gender, sectionalism and paper qualification or even the consideration of one having spent all his life in the sector but could not make the necessary input to deliver. Hadiza has all in the positive of what are needed to make a difference which is not going to be long in manifesting.

For those who listened to her when she took over duties at the NPA, the thought process and vision was unassailable as she adroitly and in concise manner that typifies her person, showed the direction the NPA was going under her. Like the saying goes, she has started by planting the right steps in the right direction, a reason I think the murmur that greeted her appointment has disappeared so soon

The most important thing about the new order is that she is bringing with her the tenacity with which she pursued and put pressure on government for the freedom of the Chibok girls though some people are humorously hinting that President Muhammadu Buhari appointed her to ease the nagging pressure Hadiza and her Bring Back Our Girls Group had exerted on his administration so that while she throws in herself into the duty as she does with every responsibility, he would have the peace to navigate their release.

In the next few months, real stakeholders in that sector are going to see things done differently for the better and witness a real turn around that will usher in the full potentials of the Ports Authority under Hadiza. All you owe her is support because as a unidirectional operator in success, she has already started succeeding with the project. Let all hands be on deck to work for Nigeria with the assurance that Hadiza will deliver.

–Engineer Sunny Amadi, a public commentator is also a mogul in the oil and gas sector and wrote in from Port Harcourt, Rivers State 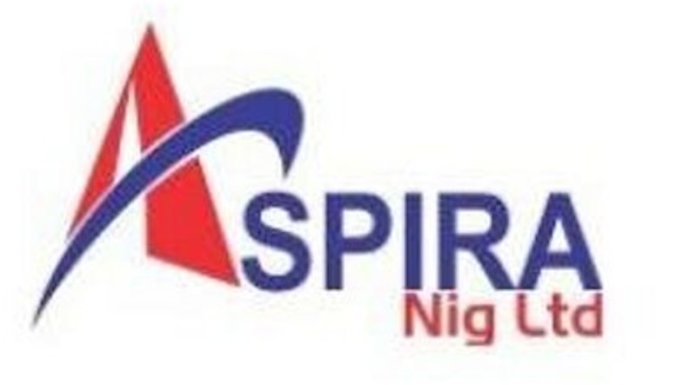