With the close of the Republican Party convention last Thursday the focus moves on to the Democratic Party whose convention opens tomorrow at the Wells Fargo Center in Philadelphia Pennsylvania. Clinton who was expected to announce his running mate in Florida had to hold back as a yet to be determined terrorist attack rocked Germany Friday.

Back to Cleveland Ohio. Donald Trump, the GOP candidate’s 75 minutes stump speech was largely anchored on fear that foreigners mostly immigrant criminals and their counterparts abroad had invaded America taking away that picture of a shining city on a hill as painted by Ronald Reagan. All this with the connivance of racist Barack Obama and the untrustworthy Hillary Clinton who is waiting for her party’s endorsement at the convention. Of course, he added for effect, that he alone in America can fix the problem with minimum details. The strong man’s daughter Ivanka did not fail to add that her father is colour blind and gender neutral, with an all-inclusive agenda that upstaged the all familiar hatred for the LGBTQ community and the evangelicals, a window to the African-Americans with a promise to restore their stolen freedom.

For the candidate and the party he hijacked his update was not a serious departure from what he had said all along. Instead he gave his audience nothing but a picture of a dark and turbulent America whose enemies were relentless on killing them with immigrants that have stolen blue collar jobs. Expectedly the polls gave his speech a 57 percent rating which impressed Trump who had earlier rapped Anderson Cooper for anchoring a poor panel analysis of the convention performance. It was a mad week perhaps comparable in recent times. While Clinton was in Florida partly to debunk Trump’s acceptance speech and perhaps present Virginia senator Tim Kaine, terrorists struck drowning the weight of her response, a reminder to Melania Trump whose husband’s fun of her magnificent speech delivery on day one turned out to be a scribbed portion of Michelle Obama’s 2008 Democratic Party convention speech.

Again back to trump’s speech
The candidate whose vice Governor Mike Pence’s speech was subdued by Senator Ted Cruz’s unwillingness to endorse a man who disrespected his wife and father and would rather the conclave and Americans vote with their conscience for anyone ready to defend the constitution, doubled down on his Mexican wall rhetoric and compelled his party to walk back on NATO. Pence who was assuring the GOP they would always stand with their allies did not know his boss held a contrarian’s viewport with a proviso. We will stand by them on a one on one assessment of how they relate with America, he told the New York Times.

For Trump this is not the time for political correctness. What does this say to the Democrats? While Clinton and Sanders are relying on the old demographics where they expect to top up eight of the eleven swing states heading towards the Sunbelt, Trump says never in the history of the Republican Party has a candidate drawn more voters to the ballot box. He is hoping to upstage the statistics which rely on electoral maps by pulling his voting population from the mainstream white population, the blue collars in the Midwest with a mantra of white nationalism-USA, USA, USA. As Trump pretends to have the blacks and other minority groups, the law and order candidate is not too keen pulling their votes because he sincerely believes they have appropriated the blue collar jobs in the country. And with his strong emphasis on terrorism, Obama’s gains in the field of war where ISIS is on the run, may work against the Democrats as the terrorist group unleashes mayhem worldwide with their Facebook and Internet allies as November approaches.

Trump calling for stricter protection of police, did not address the fact that racism and racial profiling and the mentality that every black man is a criminal, have led to brutal murder of innocent black people, a contrast that fell sadly on angry black Republican Congressmen and women who tweeted their disappointment with the Trump speech at a time Michael Slager a North Charleston policeman had just shot fatally an unarmed blackman lying on the ground with arms up.

Both Clinton and Trump suffer unpopularity ratings among the electorate. Clinton acknowledges the fact that over the years she has been accused for all manner of things with Benghazi and the email server careless handling as the climax. The GOP convention was a witness to the climax of how much the other side of the divide fears and loathes Clinton with chants of “Lock her up, Lock up.” Al Baldasaro a Trump adviser, went to the extent of demanding Clinton be shot with the Secret Service closing in on him. Ben Carson capped it with the revelation that Clinton worships the devil.

Reason? In his book The Rules for Radicals, Saul Alinsky gave “an over the shoulder acknowledgement to the very first radical known to man who rebelled against the establishment and did it so effectively that he at least won his own kingdom — Lucifer.” Carson asked for effect if the American people who their founding fathers dedicated them to the worship of the true God, should allow someone whose role model was Lucifer to lead them. The response was not a let down. Scholars had previously clarified that for her project, Clinton met Alinsky on the recommendation of her college professor and even disagreed with him on a number of fundamental issues for which he became famous or infamous as the case may be but Carson and the GOP crowd would not hear that.

On Day One of the RNC, Clinton was guest of the NAACP at another end of Cleveland where the RNC theme was ‘Make America Safe Again.’ Clinton called for reform in the American criminal justice system. Emphatically, she stressed the need for a meeting point between police and those they protect. Clinton and Obama as many reasonable people of the American society, who are colour blind that is, believe there is need for a renewed trust between police and the very people they protect with prescribed standards in the use of force with minority people in view. That is what political correctness and conventional wisdom demand for those who want to end the flow of innocent blood in the streets, condemning the killing of three police officers in Baton Rouge insisting that anyone who aims to kill a policeman was also aiming to kill the rest of society the police protects.

“Everyone is safer when there is respect for the law and when everyone is respected by the law,” Clinton emphasised.
The RNC would have none of that and mandated Telly Lovelace, one of its spokesmen to fire back: “Donald Trump wants to restore law and order to our communities and Make America Safe Again, and at a time when the country is in need of healing, our Party is committed to providing strong leadership at every level that will achieve peace, unity, and a stronger America.”

Hillary Clinton at tomorrow’s convention will be facing two parallel universes one defined by Donald Trump and the hijacked GOP, a scary canvas of a country invaded by witches from outer space and two that shining city on top of a hill that descended into Hell after Iraq and on the path of restoration and that prosperity that makes it the land of glory, a restoration Barack Obama should lay claim to. And in case they say no then Clinton should find refuge in Alinsky’s all-embracing quote of Thomas Paine: “Let them call me rebel and welcome, I feel no concern from it; but I should suffer the misery of devils, were I to make a whore of my soul.” 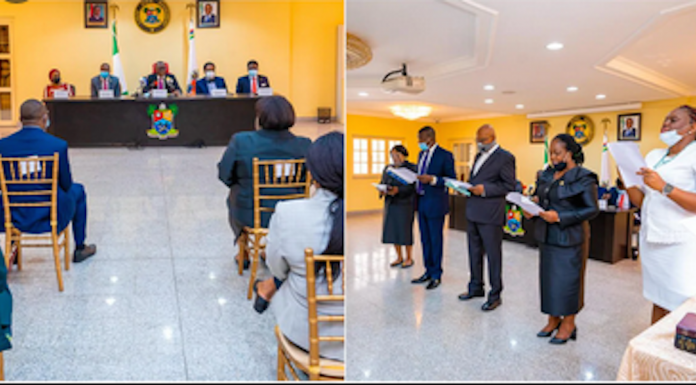