Ejiofor Alike
Major oil marketing firm, MRS Holdings Limited, has reacted to steps initiated by the Asset Management Corporation of Nigeria (AMCON) to wind up its business over an N81 billion debt, stating that it is not indebted to AMCON.

It stated yesterday that it obtained a syndicated loan from a consortium of banks in Nigeria for a viable project, following which AMCON took over the loan and an agreement was reached with the corporation on the restructuring of the loan to N74 billion.

MRS maintained that the said debt of N74 billion had been fully repaid and expressed shock that despite having fully settled the debt, AMCON decided to re-litigate on an already concluded matter.

A statement by the management of the company said: “Our attention has been drawn to a recent publication by the Asset Management Corporation of Nigeria alleging that MRS Holdings Limited is indebted to it in the sum of N81 billion and that the corporation has instituted Suit No: FHC/L/CP/923/2016 to wind up the company over the inability of MRS to pay the alleged debt.

“MRS challenges in the strongest possible terms the false claim by AMCON that MRS is indebted to it in the sum of N81 billion or any sum at all.
“The correct position is that MRS obtained a syndicated loan from a consortium of banks in Nigeria for a viable project. AMCON took over the loan. However it became clear to AMCON that MRS was paying down on the loan and agreed to restructure the loan on agreed terms of N74 billion.

“The said debt has since been fully settled. The terms of settlement was entered as a judgment of court on 29 June 2015, in Suit No FHC/L/CS/1365/2015.
“MRS is shocked that in spite of having fully settled the debt, AMCON has decided to re-litigate an already concluded matter.

“MRS Holdings Limited understands AMCON’s statutory function to recover debts but by no stretch can this mean harassment of companies.”
MRS accused AMCON of adopting a new aggressive debt recovery drive, but stated that it had no problem with the drive insofar as it does not give AMCON a licence to embarrass and harass companies.

“It is not a crime to obtain loans for viable projects. Execution of viable projects leads to job creation and growth of the economy. However, when companies that obtained loans for legitimate businesses are being harassed and embarrassed in the name of aggressive debt recovery, it signals danger for economy growth,” it stated.

The oil marketer said that it had taken notice of AMCON’s “frivolous recovery cases against many companies” on similar issues as MRS, adding: “Not surprisingly all the cases were dismissed by the courts.”

MRS disclosed that it was taking legal advice to clear its good name and would bring the necessary action to seek damages for the embarrassment and damage caused the company’s reputation and goodwill by AMCON’s publication and action.
The company assured all its customers and business associates that the reports would not affect the company and its subsidiaries’ high quality services that it had always been known for, adding that it would seek redress for the damage caused by the publication.

It also assured the general public that MRS Holdings Limited and its subsidiaries would continue to transact their businesses with the highest ethical standards and in accordance with the extant laws of the country.
AMCON in a statement on Monday said it had initiated steps to wind up MRS Holdings over the inability of the oil marketer to pay N81 billion owed the corporation.

According to the statement from AMCON, it commenced the winding-up proceeding against MRS Holding Limited owned by top businessman, Alhaji Sayyu Dantata, at a Federal High Court, Lagos, after all entreaties it made to Dantata and MRS to settle the outstanding debt failed.

As a result of this, AMCON explained that it had asked the Federal High Court, Lagos Division, to allow it force the insolvent MRS, a major player in the downstream sector of the oil and gas industry in Nigeria, into compulsory liquidation. 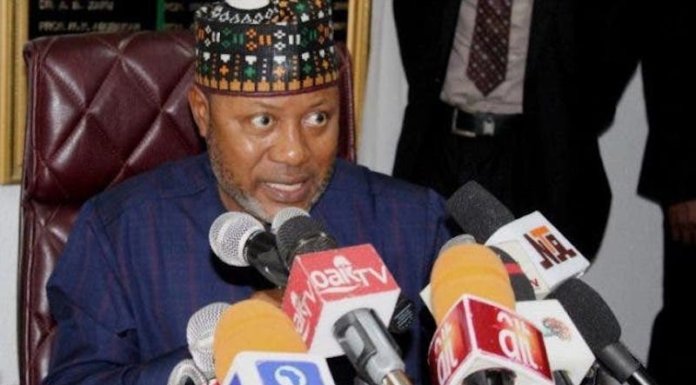