Mohammed Aminu in Sokoto and Hammed Shittu in Ilorin

The Sultan of Sokoto, Alhaji Muhammad Sa’ad Abubakar III, yesterday advised Nigerians to stop attributing religious to anything negative, decrying that Fulani hardsmen are being accused of every attack in the country.

Speaking during a dinner organised for religious leaders, security agencies and media practitioners in his palace in Sokoto at the weekend, the monarch wondered why people blame Fulani herdsmen for every attack in the community.

He noted with dismay that the issue had been politicized, while anything negative is being given to Fulani herdsmen, even though there were other people committing heinous crimes elsewhere but not linked to religion, ethnicity and region.

“If criminals are doing bad things, they are criminals and they can be found anywhere in any religion and tribe. Therefore don’t add religious or tribal toga to any act of terrorism.

“Fulani men are only after their cattle not after any government or its policies and programmes. How can they carry weapons, to go and do what with it?,” he queried.

He observed that Muslims feel more marginalised in the country only that they were not complaining.

“When there is a vacant position and a Hausa man is appointed, we called it ‘northernisation and when a Muslim leader visit an Islamic country we say he is trying to islamise Nigeria.

“In fact, there are many people from other religion and tribes occupying other offices and we witness many Christian leaders who have visited Christian countries but nobody said they were planning to ‘Christianise’ the country,” he said.

The Sultan said Nigeria is a beautiful country and its people love one another, but blamed the elite for some of the challenges bedeviling Nigeria.

He maintained that the elite were the major problem of this country because of their selfishness.

The monarch advised leaders, particularly elites to desist from inciting innocent people against their neigbours.

“Whenever one loses power, he creates problem, and the masses are always at the receiving end,” the monarch lamented.

He urged Nigerians to pray fervently for peace, unity, prosperity and for the leaders to be guided right in discharging their mandate.

The Sultan also challenged the political leadership to ensure justice for all, saying without justice no society would survive.

He added that they would organise a symposium on religious harmony and that a stakeholders’ meeting would be conducted every six months.

Meanwhile, as Muslims all over the world look towards the end of Ramadan fast, the Nigerian Supreme Council for Islamic Affairs, under the leadership of the Sultan has directed Muslims to search for crescent (new moon) of Shawwal today.

The sighting of the new moon would mark the end of the Ramadan fast and hence commemorate the celebration of Eid-el Fitr.

A statement issued in Ilorin yesterday by the Secretary General of the NSCIA, Professor Is-shaq Oloyede, said if the crescent is sighted by experts today’s night, the Sultan would declare Tuesday (tomorrow) as the first day of Shawwal, and Eid-el-Fitri day.

The statement however enjoined Muslims all over the country to be on the lookout for the directive of the sultan on the completion of this year’s Ramadan fast.

“As soon as the national moon sighting committee, based on verified information, confirms the sighting of the crescent, the committee will advised the President -General of the NSCIA, who will announced the completion of Ramadan and the observance of ‘Idul-Fitri prayer. Muslims are strongly advised to for six days between the 2nd and end of Shawwal,” the statement stated.

It clarified further that if the crescent is not sighted on Monday’s night, Wednesday automatically becomes the first of Shawwal and Eid-el-Fitri day.

The council reminded the Muslim ummah of the necessity of paying Zakatul-fitri with the intention of lifting the hearts of the indigent members of the society, urging them to give such.

“While reminding the ummah of the necessity of paying Zktul-fitri with the intention of lifting the hearts of the indigent members of the community,the council urges all to ensure its delivery to the appropriate recipients (the poor) and guard against its diversion by any agent or intermediary,” the statement added.

The statement also said: “Muslims are strongly advised to for six days between the second and end of Shawwal.”

The council felicitates with the entire Muslim ummah in Nigeria and all over the world on this year’s Ramadan fast and wished them all abundant blessings from Allah.

The statement encouraged Muslims to continue to pray for peaceful co-existence in the country, as they keep the virtues and gains of the sacred month as a spiritual guide towards accelerated development as individuals and a nation. 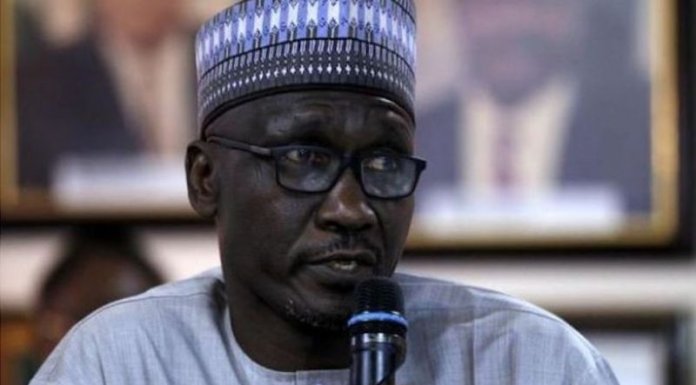 Why Nigeria Must Achieve $10 Per Barrel Oil Production Cost