The Diocese of Lagos Mainland Church of Nigeria (Anglican Communion) yesterday decried the disturbing cases of abduction and forced conversion of Christians to Islam.

The diocese also lamented the growing spate of militancy and criminality in the Niger Delta, which it said, had resulted in bombing of oil installations and sharp reduction in oil production per day.

The diocese, also lamented the imminent recession in the economy and called on the federal government to adopt a fiscal policy that would create jobs, stabilise national currency and restore investors’ confidence.

The diocese expressed the views in a communique it issued after its fourth synod, which started last Thursday and ended yesterday at the Cathedral of St. Jude, Ebute Meta and All Saints’ Church, Yaba.

The communique, which was signed by the Diocesan Bishop, the Most Rev. Adebayo D. Akinde and the Synod Secretary, Ven. ‘Luyi Akinwande, called for end to militancy in the Niger Delta.

In the three-page document, the synod completely rejected the growing trend of abduction and forced conversion of Christians to Islam, which it said, had become recurrent in the country.

In an unequivocal term, the document described the trend as gross abuse of human rights, which it argued, could only stoke anger, discord and conflict in the land if not effectively managed.

It warned that the growing clashes between crop and livestock farmers in various parts of the country “need to be courageously addressed in a fair, just and honest way that protects free and orderly private enterprise but punishes impunity and criminality.”

While decrying the growing militancy and criminality in the Niger Delta that has resulted in bombing of oil installations, the communique called on the federal government “to restore order whilst advising those who have genuine grievances to explore better ways of conflict resolution.”

It, however, commended the progress made by the security forces in degrading the Boko Haram insurgents, rescuing thousands of people and recapturing many Nigerian territories previously occupied in the North-east.

It urged the security forces to redouble their efforts to restore normalcy and order in those recaptured territories while calling for improvement in the conditions prevalent in internal displaced persons’ camps.

On the economic challenges confronting the country, the communique decried the imminent recession in the economy and the prolonged delay in signing the national budget.

According to the document, the federal government should implement the national budget in a way to create jobs, stabilise the national currency and restore greater investor confidence.

On the anti-graft war, the communique said official corruption, indiscipline and mediocrity remained serious national problems, which it said, should be confronted systematically if the nation is to make meaningful progress.

It called for an even-handed anti-corruption campaign driven “to redeem the battered reputation of this country and re-orientate Nigerians to live by their means of income and in accordance with the laws of the land.

“Building a strong nation entails putting in place a system that extols the virtues of hard work, godliness, equity, unity and amity amongst the various ethnic and religious components of the country.”

The communique called on the Independent National Electoral Commission (INEC) “to raise its service delivery and curtail the spate of inconclusive elections, while urging contestants for political offices not to make it a do-or-die affair.” 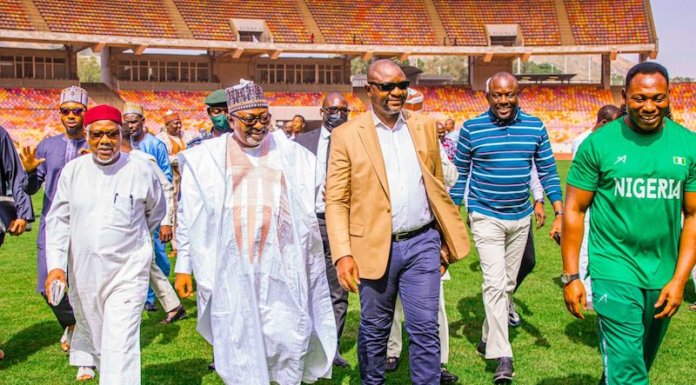