The resolve of players in the nation’s cement market to deepen their penetration has become a blessing for consumers who now enjoy promotions and partnership rewards, Raheem Akingbolu reports

Competition for leadership in the cement manufacturing sector is among the toughest in the market. In a country, where many players are making efforts to appeal to customers, cutting edge strategies are daily being put in place to sustain strength. As at the last count, about eight names are making efforts to have substantial share of the market. But of these names, Lafarge Africa Plc., BUA and Dangote cement are in the forefront while Ashaka, UNICEM Cement Company and the Cement Company of Northern Nigeria (CCNN), dominate their respective regions. It is difficult to write-off the smaller players because they have in a way, turned the nation’s infrastructural deficiency, which brought about high haulage costs, into an advantage.

Players in this level are closer to consumers in their domain than the bigger ones that cut across the geo-political zones.
To meet the country’s infrastructure needs, the sector is growing faster than it was a few years ago. The bigger cement companies are beginning to think out of the box to consolidate on their strength. Despite their huge investment in technology, they are bonding more with consumers through advertising and other marketing tool. Last year, the industry embraced promotion to reward customers, who are loyal to their products. To cap it up, distributors of the various brands are being rewarded annually for their contribution to the growth.

Unlike the competition in the Fast Moving Consumer Goods Industry (FMCG), which is easily noticed by an average person on the streets, trade partners and stakeholders are the main people who feel what happen in the cement sector. According to an analyst, Mr. Wale Okoya, this is one of the reasons why the top players in the market invest more in business expansion and servicing of their marketing channels.

“Obviously, no sector of the economy can do without advertising and other elements of marketing but one of the major things a manufacturer should consider is how to win the confidence of its trade partners. The partners, especially the distributors, should be able to know if the company they are dealing with has the capacity to meet consumers’ demand, both in terms of quality and products availability,” he said.

According to Okoya, this informed the various developments at Lafarge and Dangote in the recent time. It would be recalled that in a move to satisfy customers’ demand and improve on the volume of cement available in the Nigerian market, Lafarge Cement WAPCO Nigeria Plc in the year 2014 commissioned its new 2.5 million tones Lakatabu plant in Ewekoro. The new plant was said to have capacity to double the production of the overall capacity of Lafarge cement products, including Elephant Cement and Elephant Supaset, supplied into the Nigerian market.
In the same manner, the management of Dangote Group has taken similar steps in recent time to assure stakeholders of its readiness to further grow the market. The latest was the commissioning of the group’s new plant in Okpella, Etsako East local government of Edo State.

Of all the tools in its marketing kit, maintaining good relationship with trade partners appear more important to the promoters of Lafarge Africa Plc, a subsidiary of Lafarge Holcim. In the last five years, the company has not only used its annual reward for distributors to strengthen relationship with them but has used it to win more patrons.
To the cement manufacturing company, the common saying that the ‘Customer is King’ has become a watchword, with which it connects distributors. This was demonstrated recently in Lagos, where outstanding distributors for the year 2015, were appreciated for their patronage and unwavering loyalty over the years.
Objectives

The award ceremony, which is the seventh edition, is designed to appreciate the support enjoyed by the company from its numerous customers nationwide and avail the customers of the company’s initiatives aimed at serving them better. Such event has in the recent years, taken place in Ibadan, Akure and Abeokuta among other places.

Expressing the company’s appreciation to its trade partners for the relentless contributions over the years, the Chairman, Board of Directors of the company, Lafarge Africa Plc., MobolajiBalogun described the awards as a demonstration of the company’s commitment to constant appreciation of customers who had kept faith with it, even in the face of challenges.
He explained that besides being a reward scheme for its customers, the awards would also go a long way in further strengthening the relationship between the company and its trade partners.

The chairman reiterated that the reason behind the annual customer awards was to express the company’s gratitude to the distributors for their support for the growth of Lafarge Africa business in Nigeria.

Looking back at how the brand has grown over the years, Balogun admitted that the distributors have consistently contributed to meeting expectations of outstanding quality and safety that generations of Nigerian professionals and end users have of Lafarge products and services. “We deem it important to continually recognise and energise the existing partnership between us as an organisation and you as our customers by acknowledging and valuing your distinctive impact on the company’s performance. It is imperative to note that your continued dedication and partnership are paramount for the past, present and future successes of our company,” he said.

The chairman expressed the company’s commitment to quality standards, while assuring customers that all the Lafarge’s products had been endorsed both within and outside the country.

Significance of 2016 edition
In his remarks, the Chief Executive Officer, Cement, Lafarge Africa Plc, AdepejuAdebajo, explained that the award, which was put together to recognise customers’ loyalty and volume performance for last year, was also designed to encourage the company’s customers to extend their frontiers in the market.

Particularly, Adebajo stated that the importance of the 2016 edition of the customer awards, which started in 2005, was its ability to cover the entire operations of the group. She pointed out that it is the first pan-Nigerian award ceremony, that covered Lafarge Africa Plc’s operations in the North (AshakaCem), the South (Unicem) and South West (WAPCO).

“This is the first time we are able to bring all our key customers across the country together to celebrate your contribution to the growth and success of your company – Lafarge Africa Plc.” She stated.

Through the extracts from the nine-month earnings report of Lafarge Africa for the period ended September 30, 2015, it was easy to know the impact of the distributors. It clearly showed that sales rose to N168.14 billion in third quarters of 2015 as against N159.4 billion recorded in comparable period of 2014.

According to the head of retail for the company, Rilwan Yusuf, each year, the group agree on priorities with the distributors. “We look at their performance versus our expectations and on that basis we reward those who have outstanding or exceptional performance. Our aim is to motivate them to better assist us in meeting what the market expects from us. Our distributors are hence important in making us achieve our corporate objectives and also in making our end users achieve their goals,” he said.

Speaking further, he said it is always very good to compliment the efforts of business partners, adding that their support is important when it comes to their ability to effectively cover the targeted market. “In the last 5 years, I think the award has evolved overtime and every year we try to refine the awards to meet the exigencies of the day because business is not done in a vacuum. Business is also conducted in a way and manner that the economic conditions changes, we also try to make sure that we reflect that in the awards,” he added

The winners
At the award this year in Lagos, about 36 trade partners were rewarded with various prizes including cars, various electronic gadgets such as LED TVs, generators, Tablets and cash awards as well as corporate products.
At the awards, several dealers went home with numerous prizes including cars, which were given out based on performance. The top performance award of 2016 Kia Sportage was presented to MabosAyok Inv. Co. Ltd; Day-Kings Solutions Ent.; RaheedIshola Ventures Ltd; Batoframog E Ent and Kpaksbuddy Nig. Ltd. 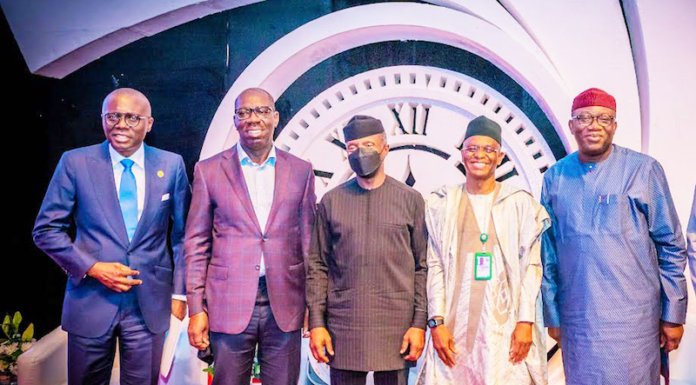