Eromosele Abiodun
Despite the alarm raised recently by Environmental Rights Action/Friends of the Earth International (ERA/FoEN) of the flooding of Nigeria with “unlicenced, tax-not-paid” cigarettes and the deliberate violation of the National Tobacco Control Act, American firm, Philip Morris International (PMINTL), has again made moves to import 550 million cigarette units, worth about N165 million into the country.

During President Goodluck Jonathan administration, Philip Morris International, one of the world’s biggest tobacco manufacturing companies, had secured approval to import 122 million ‘units’ of cigarettes into Nigeria from September 1, 2015, to March 31, 2016.
PMINTL Nigeria Limited, a subsidiary of American global cigarette and tobacco company, was registered in Nigeria on December 11, 2014.

Five months later, the company got the Standards Organisation of Nigeria (SON) certificate for five PMI brands – Marlboro Gold, Marlboro, Chesterfield Blue, Chesterfield Mint Burst, and Bond Street Blue.
Philip Morris International, through Philip Morris Manufacturing Senegal Sarl, applied for and got approval of the country’s Ministry of Industry and Mines in July 2015 to benefit from the ECOWAS Trade Liberalisation Scheme for the five cigarette brands.

Having imported, cleared and sold its first shipments of cigarettes (122 million units), PMINTL has again applied for further import approval to bring another 550 million cigarette units into the country.

Part of the letter exclusively obtained by THISDAY, read: “We appreciate the opportunity to share our long term commitment with Nigeria and our investment plans with you and look forward to our future in Nigeria. We would like to follow up with you on an issue of critical importance to our ability to move forward with this long term commitment.

“On September 18, 2015, the Budget Office of the Federation (BOF) granted PMINTL Nigeria Limited (PM Nigeria) approval for the import of 122 million cigarettes from Senegal under the ECOWAS Trade Liberalisation Scheme (Harmonised System Code 24.02) (ETLS). We have already imported and cleared these products into Nigeria in line with our sales projections. In January 2016, we applied for further import approval to the BOF, now for 550 million cigarette units.”

THISDAY findings also revealed that the company had not obtained authorisation from the Ministry of Health to conduct tobacco business in Nigeria as required by law, a position the company admitted in the letter.

According to the company, “The BOF denied our application for such import. We understand the BOF has taken the position that our application will be granted only after we obtain authorisation from the Ministry of Health to conduct tobacco business in Nigeria. We believe that this requirement is not applicable.”

But Section 29(1) of the National Tobacco Control bill signed into law last May says: No person shall manufacture, import or distribute tobacco or tobacco products except the person has obtained licence or is authorised in writing by the minister.

The law stipulates a fine of “not less than N10 million and a term of imprisonment of not more than 10 years or both” among others for defaulters.

PMINTL however denied that it has violated Nigerian law.
In a statement, the company said it plays by the rules in all the over 180 countries it operates.
“In every market where we do business, we operate in accordance with national laws and regulations, including in Nigeria,” Vera Nwanze, General Manager, PMINTL Nigeria Limited, said.

Nwanze added: “PMINTL Nigeria Limited is an affiliate company of PMI and has been an established legal entity for a year in compliance with all statutory requirements of the Federal Republic of Nigeria, and meeting all legal requirements for product’s registration and importation including the payments of all relevant taxes to the concerned authorities.” 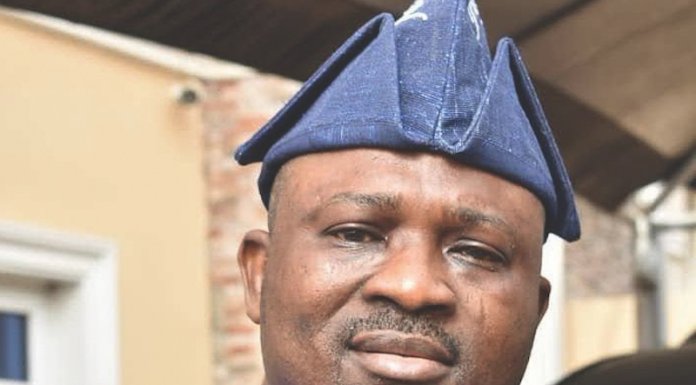 Olaide Akinremi: My Passion is for Youths, I Work to Help Them Actualize Their Potential