Farmers in Abia state at the weekend embraced the novel idea of using organic fertilizer for farming, in order to enhanced food production. The new technique was introduced by Senator Theodore Orji through his empowerment programme.

Over 100 farmers, who would pioneer the use of organic fertilizer during this year’s cropping season received the farm input, including sprayers during the maiden distribution of empowerment items of the Senator representing Abia central held in Umuahia.

Orji, who is the vice chairman of the Senate committee on agriculture, said that he was committed to attracting those things that would benefit his constituents, adding that it was his desire to bring any innovation that would ensure adequate food production in the state and enhance the economic well being of the people.

He noted that by equipping farmers with the means to enhance their output, it would also impact positively on their economic wellbeing as they would have enough to eat with their families and also enough to sell to make money.
He enjoined the pioneer recipients of the organic fertilizers to give him feed back on the impact of the organic fertilizer on crop yield, adding that more farmers would be involved in the next phase of the programme.

Aside from the farm inputs, other empowerment items were also distributed to beneficiaries drawn from the six local governments that make up Abia Central senatorial district. They included 20 units of 2.9Kva generators, 21 grinding machines, 20 sewing machines, 14 motor cycles, 8 tricycles, 2 buses and 15 wheel chairs for the physically challenged.

Speakers at the event, which attracted chieftains of the ruling Peoples Democratic Party (PDP), said that the empowerment programme was not a surprise to them given that Orji engaged in similar projects when he was governor.
Governor Okezie Ikpeazu, who was represented by the state commissioner for industries, Chief Henry Ikoh, said that Orji has always been good to his people and has proved within a short period that he would give Abia Central quality representation in the National Assembly.

“This empowerment programme would generate food security and economic advancement in Abia state,” he said, adding that as “a pillar of democracy” in Abia Senator Orji has ensured that he left a legacy of equity, justice and fairness in power sharing in Abia state.

Deputy national chairman of PDP, South East, Col Austin Akobundu (rtd), who spoke on behalf of Ikwuano/Umuahia component of Abia Central, said that Orji has kept faith with his electoral promises, adding that his footprints are visible in every local government in the area.

Speaking on behalf of Umunneato component of Abia Central, Chief Allen Nwachukwu, who is also the state deputy chairman of PDP, said the people of Ngwa would remain supportive and eternally grateful to Senator Orji for ending their long years of struggle to produce a governor. 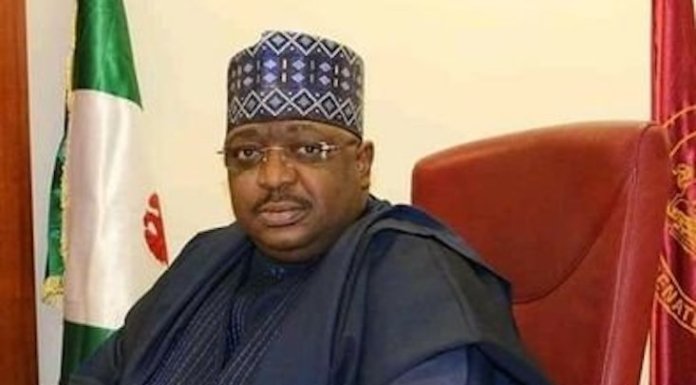