Bi-Courtney Aviation Services Limited (BASL), operator of the Murtala Muhammed Airport 2 (MMA2), has faulted the claims in some quarters that insufficient space for parking aircraft was delaying the commencement of international operations at its terminal.

BASL had recently obtained authorisation from the Federal Airports Authority of Nigeria (FAAN) to commence regional operations at MMA2 as set out in the concession agreement between the two, but this still requires regulatory approval from the Nigerian Civil Aviation Authority (NCAA) before commencing operations.

BASL in a statement said the delay in obtaining NCAA’s approval has nothing to do with the size of its apron or any other operational issue, explaining that various teams of inspectors from NCAA and other statutory agencies, including the Department of State Security (DSS), Nigerian Immigration Service (NIS), National Drug Law Enforcement Agency (NDLEA), Nigerian Customs Service (NCS) and the Port Health Service supervised its preparation for the international operations to ensure that it complied with all the requirements.

It noted that all these agencies have also deployed their personnel at the terminal in readiness for the commencement of international operations, while the interior ministry had already accorded MMA2 the status of an entry point into the country.

According to the statement, “We don’t have any issue with parking space for aircraft. That is a false allegation. The FAAN has given us the authorisation to commence regional operations, but we still need other approvals from the NCAA. And we have complied with all the requirements set by NCAA.

“These areas cover safety, security and operations audit. We have invested huge amount of money for the commencement of the regional operations for the past six months. We have signed the agreement with FAAN since last year.”

Also reacting to the reported plans by an airline to move its operations from the terminal to the General Aviation Terminal (GAT), which is run by FAAN, due to purported high charges at MMA2, the company denied that any airline was planning to relocate from its terminal. It observed that it was unlikely any airline that had enjoyed the excellent facility at MMA2 would contemplate subjecting itself to the sub-standard service that currently obtains at GAT.

The company also explained that its current passenger processing fee was approved by the federal government and that it does not have the authority to increase its charges arbitrarily.

It further stated that: “It should be noted that we only charge for passengers processing. And there has not been any increment in the charges in the last four years, despite the serious devaluation in the value of the naira and the peculiar nature of our facilities, which requires paying their maintenance cost in foreign currency.

“MMA2 still remains the best terminal in Nigeria and any attempt by any airline to relocate to GAT should not be seen as the best option. GAT is clearly in breach of the concession agreement in the first place, and such airline will be exposing itself to a less favourable scenario. The point here is that moving to GAT is not the solution, rather, it is actually a way of killing private initiative.

“We have been very reasonable. MMA2 has continued to absorb the phenomenal increase in operational cost without passing it on to the airlines and other terminal users.” 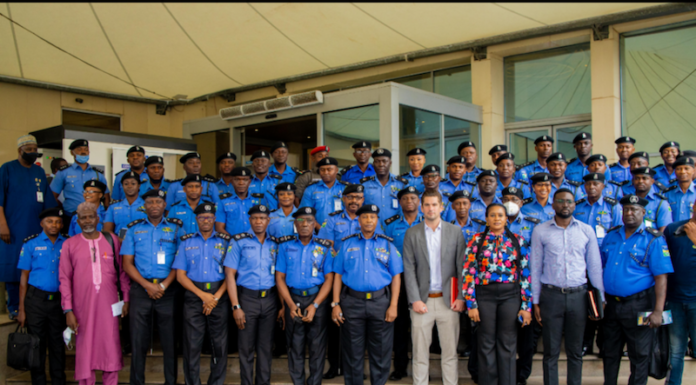