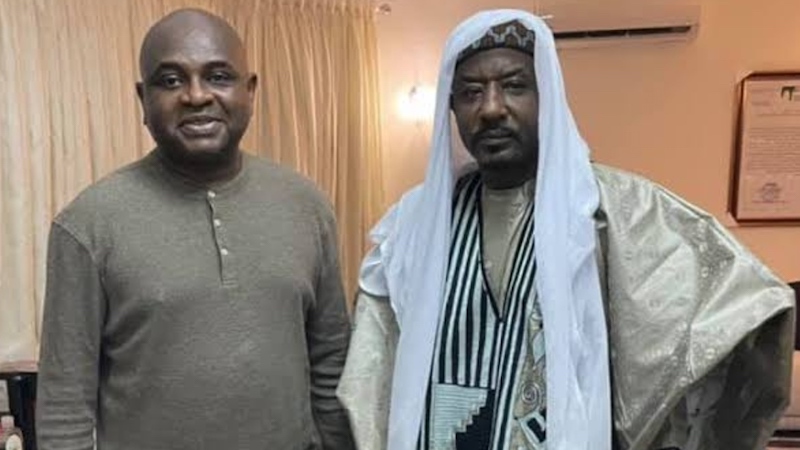 A new report by the Institute for Governance and Economic Transformation (IGET), has indicated that the place to begin in any effort to lift 100 million Nigerians out of extreme poverty is in the political and elite space.

In the report authored by a former Deputy Governor of the Central Bank of Nigeria (CBN), Prof. Kingsley Moghalu and renowned researcher, Damian Kalu Ude, the organisation stated that it was essential that a bargain be struck among the country’s elite, that taking 100 million Nigerians out of extreme poverty is the primary goal of politics and governance, aside the imperative of national security.
IGET has as its Founder/President,  Moghalu while a former CBN Governor, HRH Muhammadu Sanusi II and PwC’s Andrew Nevin respectively, are Chairman and Vice Chairman of the advisory board.

Despite the Muhammadu Buhari administration’s much-talked-about aspiration to lift 100 million Nigerians out of poverty in the last few years, last week, the National Bureau of Statistics (NBS) announced that the number of Nigerians living in poverty has rocketed to over 133 million.

It said in its “Nigeria Multidimensional Poverty Index” that the new figure represented 63 per cent of the nation’s entire population.
This consensus, and the bargain that leads to it, the report said,  is important because politicians and policy makers often tend to be influenced more by economic growth numbers, without a full appreciation of the reality that people face.

According to the document titled: “Nigeria’s Poverty Trap and How to End It”, this parallel has has been observed in the country whereby a national economy can grow in Gross Domestic Product (GDP) terms but without addressing poverty.
“ In other words, it is possible for an economy to be growing while significant numbers of a population are getting poorer,” it stated.
According to the report, this aligns with the reality that the factors that most affect Nigeria’s economy, including the prevalence of poverty, low productivity and systemic corruption, are mainly issues of political economy.

“Whoever is elected president of Nigeria in the presidential elections scheduled for 2023 must begin the process of building this elite consensus. Such a consensus must necessarily involve sacrifices on the part of the elite.
“This may include giving up some self-seeking advantages in return for other opportunities, provided the focus shifts to creating opportunities and investments for wealth creation for the urban and rural poor,” it added.

Given that it will be difficult to achieve complete unanimity within the elite class, it suggested that former heads of state and retired military generals, need to be engaged and persuaded to join the consensus and the inherent bargains, and deployed to widen the “consensus net”.
As part of the consensus, it further suggested, should be leading politicians across the political parties, the most influential traditional rulers and clergy, the Organised Private Sector, media proprietors and  civil society specific individuals.

“A fundamental aspect of this elite consensus must be clarity on the philosophical foundations for the huge effort that will drive the process of development transformation anchored on lifting 100 million extremely poor people out of poverty and into the middle class.
“To be consistent and robust, Nigeria’s policy choices must be anchored on an understanding of the roles of the state and the market, the balance between the two, which pathways to utilise state-leaning or market-driven or the precise weights to attach to the two broad choices where combinations from each are to be deployed,” the report said.

It explained that strengthening the capacity of the state and its institutions to a level of minimum credibility that is presently lacking remains an urgent priority, noting that to begin with, effective reform of the civil service, addressing its size, capacity for service delivery and its remuneration are inevitable.
The incoming Nigerian government after the elections in February 2023, it advised, should increase public spending on health and education, bolster productive jobs, and improve the effectiveness of social protection.
In that connection, it stressed that the share of the education and health sectors in the federal governments and state governments’ budgets should ideally be not less than 20 per cent for education and 15 per cent for health.

In addition, it suggested that implementing pro-poor initiatives will require unlocking fiscal space; abolishing expensive subsidies for consumption (including petrol subsidies), alongside countervailing measures to protect the poor as reforms are effected.
Regarding petrol subsidy, for example, it argued that abolishing the fiscal practice, which in Nigeria is based on questionable assumptions about petrol consumption levels and in 2022 received an allocation of N4 trillion, should be accompanied by investments in subsidised public transport systems.

The report stated that these investments  should take place  in all Local Government Areas in all the 36 states and the Federal Capital Territory to cushion the impact of subsidy removal on the poor and to help check inflationary trends that could arise from increased transportation costs.
“This subsidised system, to be developed in a collaboration between the central and state governments, would require in reality only a small percentage of the fiscal resources presently spent on petrol subsidies by the Federal Government of Nigeria.

“The balance saved from further spending on the petrol subsidy, which in our estimate would not be less than N3.5 trillion per annum, would be better invested in social infrastructure such as education and healthcare, and targeted, transparently managed and effective social protection for poor citizens,” it added.
It maintained that other structural reforms guided by evidence are urgently needed to foster and sustain pro-poor growth and raise Nigerians out of extreme poverty.

These, the report noted, include macroeconomic reforms that involve expanding the tax net for improved fiscal revenue generation.
“Other necessary reforms include exchange rate policy reform, in particular, ending multiple exchange rates that encourage arbitrage and corruption and policies to boost the productivity of farm and non-farm household enterprises.

“There should be reforms on realistic electricity tariff rates in return for accountability of power generation and distribution companies for the provision of reliable electricity, investments in green energy sources, more effective provision of water, and sanitation and bolstering information and communication technologies, in particular broadband access,” it pointed out.

It highlighted that conflict is spreading and intensifying across Nigeria, stressing that it is important to implement both peace-building measures and programmes to support poor and vulnerable Nigerians while also limiting the risk of exacerbating fragility and conflict.
It also called for the abolition of the Land Use Act which vests ownership of land in the state, with individuals having to apply for a 99-year lease, saying the present process has promoted bureaucratic bottlenecks, corruption, and elite concentration of land ownership in Nigeria.

The report further advised that there should be empowerment of poor women by assuring their access to productive assets and their participation in political decision-making, by encouraging gender-specific reforms, such as the availability of microfinance at single-digit interest rates and improved rights to own land.
On education, it advised that the government should invest in a public-private-partnership venture capital fund for tertiary education graduates and other Nigerians to start new ventures and create jobs.
“The ownership structure should be 51/49 per cent between private sector investors, the Federal Government of Nigeria and private sector investors.

“This fund should have a minimum of N1 trillion initially (ideally between N1-N3 trillion) in investable capital, and investments should be focused on micro and small businesses that require, on average, between N100,000 to N1 million to capitalise,” it noted.

The IGET document said that Nigeria needs to establish a comprehensive, professionally designed social protection programme that is backed by legislation and which become a permanent feature of governance and combating poverty.

“This will prevent such programmes from becoming subject to the vagaries of an inconsistent attitude by different administrations from different political parties that may emerge through electoral cycles.

“ A key plank of such a social protection system must be social security for citizens aged 65 and above. This cohort has a population of 5 million people,” the report said.

The document also stated that if leakages of public revenue such as crude oil theft  could be plugged, alongside  effective fiscal reforms and rational reductions in wasteful costs of governance, Nigeria can afford a stipend of N30,000 per month for such citizens who have no pensions.