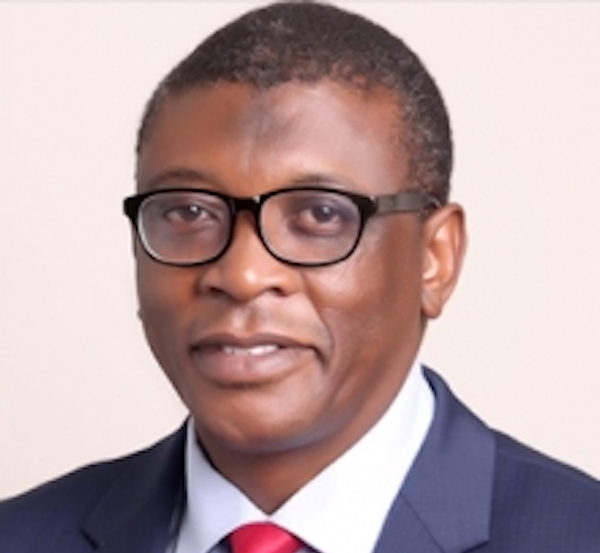 At between three and four per cent of the country’s Gross Domestic Product (GDP), Nigeria’s non-oil revenue mobilisation remains one of the lowest in the world, reflecting weaknesses in revenue administration systems and systemic non- compliance.

The Director General, West African Institute for Financial and Economic Management (WAIFEM), Dr. Baba Musa, disclosed this in a report titled: “Financing Sustainable Economic Growth and Development: Challenges and Opportunities,” made available to THISDAY at the weekend.
He noted that persistent budgetary shortfalls were wrong for the economy and advised government against spending money on unproductive programmes which do not increase economic productivity and result in rise in national debt.

According to the WAIFEM boss, fiscal deficits, which has been the situation with Nigeria over the years, crowd out private sector borrowing, decrease net exports, manipulate capital structures and interest rates, and lead to either higher taxes, higher inflation or both
“Despite the large need for education and health spending, Nigeria has one of the lowest tax-to-GDP ratios in the world. Nigeria’s tax-to-GDP ratio in 2019 (6.0%) was lower than the average of the 30 African countries in Revenue Statistics in Africa 2021 (16.6%) by 10.7 percentage points

However, the Director General of the institution which is owned by central banks in Anglophone West African countries, including the Central Bank of Nigeria, stressed that one of the major hindrance to improved internal revenue was the political will to enforce taxes.
He stated that there was high dependance on Pay-As-You-Earn (PAYE) from public sector employees, while direct tax assessment was almost zero per cent,
He urged the revenue generating agencies to enforce direct assessment and private sector PAYE as well.

“Elimination of tax exemptions (waivers, reduced rates, special deductions, and tax credits) will make the tax system both more efficient and more equitable. Many donors get exemptions from paying custom duties and the value-added tax on aid-funded        projects in Nigeria – The cost of these tax concessions is very high.

“Efforts to enlarge the tax base could spread the tax burden more evenly across the population, so as to lower marginal rates and disincentives to productive activity. Nigeria needs to improved mechanisms to capture the rents from natural resource extraction can provide resources for the budget.
“Land Use Taxes: Ground rent and other land related taxes on urban lands is a potential goldmine if properly harnessed and there is need to strengthen progressive taxation, through the personal income tax (PIT).

“Property tax:  This is another goldmine that has been largely left untapped by most states. For Withholding Tax on interest and dividends, there is need to carry out audit in this area if it has not been done (from banks and company registrars).

“Automation of collection processes to improve efficiency and meet up with changing operational procedures of taxpayers. This should be followed by adequate      supervision from the regulatory body or government,” he added.
In addition, Musa called for improve operational structure of the both the Federal Inland Revenue Service as well as the States’ Inland Revenue Service and grant more autonomy to the Service.

He also advised the government to consider use of environmental taxes; engagement and enlightenment of taxpayers to educate them on their obligations; adoption of special tax drives and campaigns; aggressive anti-corruption policies and implementation; creating incentives to increase exports adding that improved public accountability would encourage taxpayers to improve compliance.

He identified some of the key challenges confronting the Nigerian economy to include poor leadership and bad followership, saying, “we are still battling with poor leadership, nepotism, corruption, mismanagement of resources.”
He added: “Corruption takes vastly different forms in the country. Nigeria ranks 154th in the Corruption Perception Index (CPI) out of 180 countries surveyed as at 2021 surveyed

“Failure to patronise it products (made in Nigeria) by majority of elites and middleclass. Citizens prefer holidaying in foreign countries and undergoing medical treatment oversees, possibly because our health system is comatose. There is the problem of insecurity, particularly the issues of terrorist attacks and armed robbery, kidnapping and other social vices.”