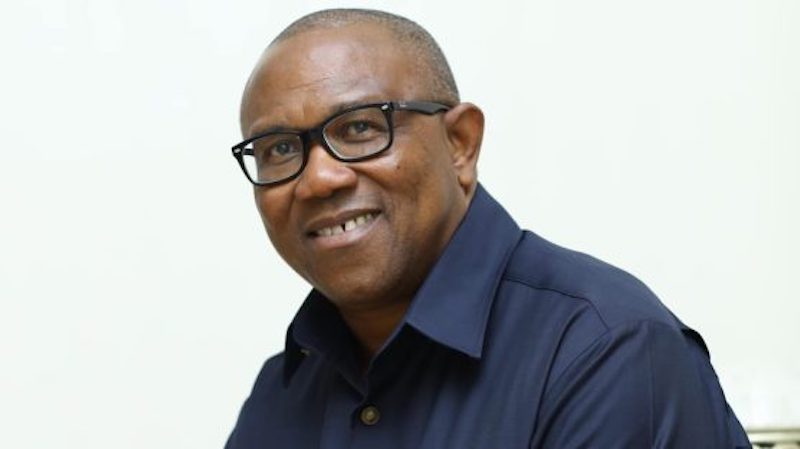 The presidential candidate of the Labour Party (LP), Mr. Peter Obi, has said that the 2023 general election has again presented to Nigerians another rare opportunity to take back the country from the ruling All Progressives Congress (APC), which he said has failed the people.

Obi, in his independence message, which was signed by the National Publicity Secretary of LP, Arabambi Abayomi, noted that there was nothing meaningful to celebrate as he rated President Muhammadu Buhari-led administration zero on performance.

In the statement, Obi said due to the misrule of the current administration and the setbacks suffered by the country, “Nigerians are now having before them a clear chance to take the country away from the failed politicians in APC and reinvest their votes in Obi/ Datti candidacy, a trustworthy, capable and sincerely committed and focused presidency from 2023 onwards for guaranteed governance based on fine principles of democracy.

“The one presidential candidacy on offer with the best antecedence is the only available option for Nigeria to be quickly and efficiently repositioned and transformed into a producing country away from the current status of a consuming nation.

“On this occasion of marking the freedom and Independence of Nigeria, Nigerians have nothing to celebrate, so the nation must support the Obi/Datti candidacy in LP in the presidential election and win for it in the election with your votes, thus hopefully in the following years with Obi/Datti presidency, the country will have lots to celebrate.

“In all considerations, the country has absolutely nothing to celebrate on, rather a larger part of the overstressed population is gnashing their teeth as they struggle to exist among various loads of avoidable sufferings,” the statement explained.
Nigerians Defy Rain, Police to Hold Massive Rallies for Obi in Lagos, Other Cities

Meanwhile, thronging the streets of Lagos, Akwa Ibom, Edo, Bauchi, Kaduna, Warri and Asaba, Obi’s supporters yesterday said they wanted to prove a point that they were more than a group of four people tweeting in a room, a tag given to them by Obi’s opponents.
The rallies were also held simultaneously in Abia, Kebbi, Ile-Ife in Osun, Nassarawa, Port Harcourt and Abuja.
Obi’s supporters also gathered in Manchester and London, as well as Cardiff and Shanghai in China.

Stressing that they are the structures needed to secure a home run in the forthcoming 2023 elections for their candidate, OBIdients, as the supporters are known, defied rain and police siege to identify with Obi and his running mate, Datti Baba-Ahmed.
The supporters marched through major roads in Lagos during the rally tagged ‘Four-million-man Walk for Peter Obi,’ which was simultaneously held in various areas, including, Ikeja, Lekki, Surulere, and FESTAC.

At FESTAC, Obi’s supporters converged on the Federal Housing Authority (FHA) at 2nd Avenue on 23 Road, while a crushing crowd of supporters kicked off at the Archbishop Vining Memorial Church in Ikeja for the procession.
Chanting excitedly as they moved in droves, they held several placards with inscriptions such as “Nigeria must be OBIdients”, “We do this for our future”, “Come 2023, Obi must be our president,” and “ObiDatti, our joy is coming”.

While some of the placards appealed to Nigerians not to sell their votes, others pronounced doom on those who will vote for the opposition.
Other placards charged the police, other security forces and the Independent National Electoral Commission (INEC) to put Nigeria first in the discharge of their electoral duties.

To enforce the court order that prohibited any form of the rally at the Lekki tollgate, the Lagos State Police Command had deployed CSP Yinka Egbeyemi, Commander, Rapid Response Squad (RRS) and his team to the tollgate but despite their presence, some OBIdients marched and drove past, waving their flags.
From the National Stadium, Surulere to Lekki, and from Ikeja to the FESTAC area of Lagos, the rally caused both human and vehicular traffic, especially around the stadium axis, from Alaka and Teslim Balogun Stadium and down to Ojuelegba.

The gridlock at the Ojuelegba axis persisted despite the approval given by the Federal Ministry of Youth and Sports Development for the participants to use the National Stadium in Lagos as the car park.
Although the request by The Third Force Movement led by Mr. Olawale Okunniyi, was granted, it, however, did not prove effective in easing the gridlock during the rally.

In Ikeja, hundreds of members of the OBIdients Movement defied the early downpour to converge on the Archbishop Vining Memorial Church for the procession.
In the Lekki area of the state, the supporters converged on the opposite side of the Lekki Phase 1 gate and marched through the tollgate to Falomo under the bridge.

In Surulere, the supporters gathered at the National Stadium and marched through Maryland to connect with other supporters at Ikeja under the bridge.
Speaking with THISDAY, some of the supporters expressed confidence in the emergence of the Labour Party candidate as the next president of the country.
Meanwhile, some hours into the rally, the LP’s gubernatorial candidate for Lagos, Bode Rhodes-Vivour and a few others secured the release of one of the leaders of the rally in FESTAC, Joseph Onuorah, who was allegedly arrested by the operatives of the Department of State Services (DSS), upon arrival to Lagos to join the team.

Although the number of OBIdients in Bauchi was less than that of Lagos, they still made their presence known with the long walk held on busy roads across the city.

According to @Biggest Vine, “we the people of Bauchi are here to support Peter Obi.
“We put behind our religion and tribe for the betterment of our dear nation as we match together as one. #Bauchiforpeterobi #4MillionMarch4PeterObi.”
In Trafalgar Square, London, some of the participants held the Nigerian flag as they were guarded by the metro police to ensure a peaceful rally.
Similar rallies were held in Uyo in Akwa Ibom State and Warri in Delta State.

In Uyo, the OBIidient supporters assembled by 10 a.m. around a water fountain by Nwaniba Road, one of the major roads in the heart of Uyo, and marched peacefully through the roads, singing, dancing, and waving the LP flags, alongside the Nigerian national flags.

Several youths carried placards indicating that they have decided to support Obi in next year’s presidential election.
In Warri, the supporters converged on the popular Effurun roundabout in Uvwie Local Government Area as early as 8 a.m. and marched through Warri-Sapele road to Airport Junction down to Airport Road and rounded up at Warri city stadium.

There was gridlock in the affected routes as the supporters were chanting solidarity till they got to the Warri City Stadium, where they were addressed by party leaders on the importance of their active involvement in the forthcoming general election by voting rightly.
The supporters, under the aegis of Delta State Alliance for Peter Obi Movement, insisted that “A new Nigeria is possible,” with good leadership.