2023: Tinubu Absent as Atiku, Obi, Kwankwaso, Others Sign Peace Accord 17 hours ago

Buhari to Judges: Be Impartial Arbiters in Election Matters 17 hours ago 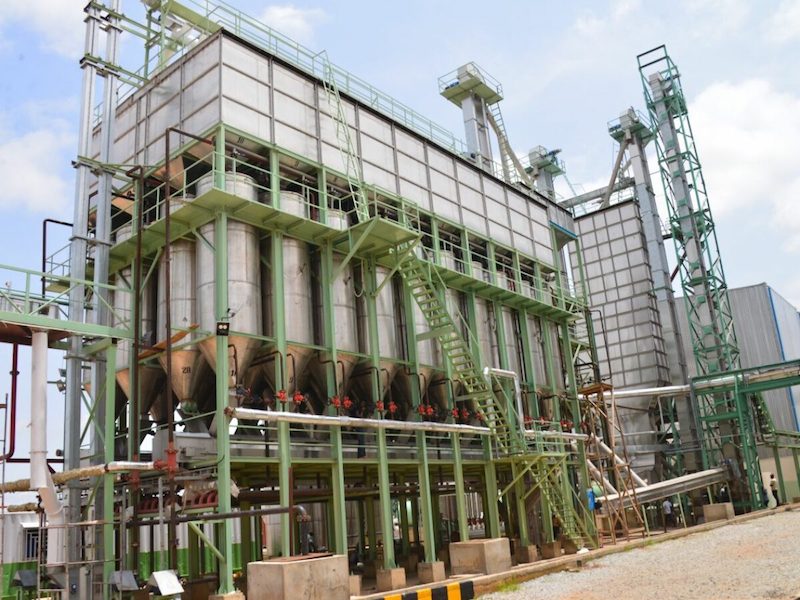 The decision of the management of Wacot Rice Limited to deploy Union Bank into the financial inclusion project among rice farmers in Kebbi State underscores the vital role being played by operators in the private sector in national development, writes Festus Akanbi

It is a season of rising inflation as the Nigerian economy is buffeted on all sides by insecurity, avoidable revenue shortfall, rising debt, huge energy costs and foreign exchange crisis. Worse still, food scarcity looms on the horizon due to a lack of access to funds by smallholder farmers and the inability of farmers to get farm produce to markets across the country.

Given the glaring failure of the government to midwife the desired economic turnaround and knowing that the government cannot do it alone, operators in the organised private sector are set to take the lead in the pursuit of the much-awaited economic revival.

Therefore, as the incumbent administration is busy making plans for its exit after the 2023 general election, many private sector operators are busy making deals not only to deliver superb returns to their investors but also to help tackle the problems of food insecurity, rising unemployment and exclusion of certain classes of people from banking services.

For the management of Wacot Rice Limited, it is time to look inward and exploit what is available for the good of all. Wacot Rice, one of the subsidiaries of Tropical General Investments Group (TGI), is a Nigerian rice processing company operating a state-of-the-art rice mill in Kebbi State. The mill is one of the largest rice mills in Africa and sources paddy from various rice-producing states across Nigeria.

Wacot Rice also engages in out-grower farming programmes with paddy farmers to boost their yields and guarantees off-take from farmers through a buyback arrangement to ensure farmers get a fair price at the end of the season. The company produces two leading brands of parboiled rice in Nigeria: Big Bull and Patriot.

Not long ago, the USAID-funded West Africa Trade & Investment Hub (Trade Hub) was awarded a $1.48 million grant to support Wacot Rice’s Argungu Rice Outgrower Expansion Project. As part of this initiative, the company will onboard an additional 5,143 rice farmers into a programme designed to improve the livelihoods of smallholder farmers in Kebbi State and respond to food security concerns stemming from the COVID-19 pandemic.

Wacot Rice will invest $8.6 million to work with smallholder farmers and maximise every stage of the rice cultivation process. Under this co-investment partnership, Wacot Rice will also help farmers to access financing, provide extension services and ensure high-quality inputs are used to improve yields and quality. Through this support, an additional 20,000 metric tonnes of rice will be harvested and processed at its facility in Kebbi State. At least 50 per cent of farmers supported under this activity will be women and 70 per cent will be youth.

The company’s efforts received a further boost when it signed another agreement to the tune of $10.5 million (about N4.99 billion) with West Africa Trade and Investment to assist it to raise the bar of rice production in Nigeria. This is also to support the company’s Argungu Rice Outgrower Expansion Project based in Kebbi State.

Wacot Rice Mill is said to be processing 120,000 metric tonnes of paddy, which it procures from over 30,000 farmers in Kebbi State and other paddy-producing states every year. With its new mill nearing completion, the company said it will double its production by May 2023.

The cost of its old factory is put at $40 million, while the new one is in the range of $55 million.

It has 650 direct staff and it is engaging 6,500 farmers for this season alone under the US programme. The company plans to double its staff strength when the new plant is completed by March 2023.

Currently, the company runs a structured Outgrower programme with tens of thousands of rice farmers every year, with a total paddy procurement outlay of approximately N27 billion per annum.

To further augment supply, WRL runs a structured Outgrower programme with thousands of rice farmers every year who are provided with quality agri-inputs, capacity building and technical support in addition to guaranteed offtake at harvest.

The Chairman of Wacot Rice, Faruk Gumel, who gave this clarification during a facility tour of the company’s imposing mill in Argungu, Kebbi State, on Tuesday, told THISDAY that there was no point in changing the policy of encouraging the farmers to grow paddy as the practice gives the farmers a profound sense of belonging and ownership.

He explained that what Wacot Rice does as a company is to support local farmers with seedlings that can improve their yields.

When THISDAY sought to know why the company had not invested in tractors and other sophisticated farming tools, Gumel said bringing in tractors would render a large number of farmers jobless. He argued that it makes sense to change the technique but not the technology.

Gumel, who is also the Executive Director, Strategy and Business Development, TGI said the farmers see Wacot Rice as a good partner, hence the atmosphere of peace prevailing in the state.

In a demonstration of its reputation as a company which converts challenges to opportunities, Wacot Rice worked hard to change the narrative of inadequacy in the amount of paddy recovered from farmers at harvest.

The company’s findings from the Annual Yield, Income and Cost survey showed that while yield was significantly up from a baseline of 3MT/ha, Wacot Rice secured less than 1MT from these farmers even with premium rates.

The company realised after multiple stakeholder engagements that the insistence on payments via bank accounts was not acceptable to farmers in remote locations away from the two branches of banks in the area.

Consequently, in December 2021, Wacot Rice pledged to operate a hybrid paddy payment system incorporating both cash and bank payments during the flag-off of the 2021 farming season. Unfortunately, the large volume of cash payments which were sometimes as high as N3 billion made the hybrid payment system unsustainable.

However, the recent acquisition of Union Bank Plc by TIG, WRL’s parent company, is said to have presented a unique opportunity to leverage the combined experiences of WRL’s smallholder engagements with UBN’s century-old banking experience.

The development, THISDAY learnt, has helped Wacot Rice to resolve the problem of lack of access to banking services in Kebbi.

Tagged Kebbi Financial Inclusion Drive (KFID), the exercise attracted hundreds of farmers, some of whom were seen going through the process of BVN registration when THISDAY visited the state last week. As the registration progressed, an excited Gumel observed that financial inclusion for smallholder farmers is central to a long-term transformation of their livelihoods.

According to Gumel, who is also the Chairman of Union Bank Nigeria Plc, the Kebbi Financial Inclusion Drive represents a bold attempt by WRL in collaboration with UBN to financially include at least 6,000 farmers across Argungu, Augie, Suru and Dandi ahead of the upcoming farming cycle.

He explained that the implementation of the policy is designed to simulate a one-stop shop account-opening platform, especially for smallholders without any formal identification document or requisite support.

He disclosed that 50 mobile banking hubs/agents will be stationed across farmer communities in the four LGAs to provide primary banking services and engender ease of access to financial services while two smart banking hubs will be established with a wider range of services in selected cities.

“The KFID is centred on a multi-stakeholder alliance across the traditional leadership, the courts, the National Identity Management Commission and most importantly – our farmers.

“Ultimately, the goal is to ensure that farmers can receive payments seamlessly at harvest while being empowered to make crucial financial and investment decisions for their households,” he said.

One of the farmers, Kabiru Musa, who spoke with our correspondent, was excited at the thought of keeping the proceeds of the sale of his produce at the bank.

He said most farmers initially opposed the plan to pay them through banks because of the distance from their farms to the banks. He explained that because most of the farmers are illiterates who could not do the BVN registration without assistance. The handicap had shut them out of the financial inclusion policy, he said.

Musa noted that the KFID initiative will enable him to keep the proceedings of his sale secret since he would be the only one with access to his account detail.

Kebbi State Governor Abubakar Atiku Bagudu, who is the Vice Chairman of the National Food Security Council and also National Champion of Nigeria Rice Revolution, commended WRL for boosting the drive toward food security in Nigeria.

Addressing a delegation of WRL and representatives of the Lagos State Government to the governor’s office, Bagudu said Nigeria has what it takes to handle its food needs. He expressed the hope that the project will improve the lives and livelihoods of smallholder farmers in the region while addressing Nigeria’s food security concerns.

Commenting on the development, the Emir of Argungu, HRH Alhaji Samaila Muhammad Mera, described the WACOT Rice project as timely given the current food challenge in the country.

It is hoped that the exploits of Wacot Rice in Kebbi State will rub off positively on farmers in the state and serve as a formidable template for other stakeholders in Nigeria’s agricultural value chain to emulate.