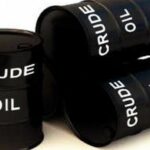 Twelve people have been reportedly killed and several other seriously injured following an attack on two communities in Logo Local Government Area of Benue State.

“I received a distress call from an indigene of the area and quickly informed security agencies, Police, Operation Whirl Stroke(OPWS) and Civil Defence but before they could get there, the damage had already been done and the gun men fled.

“In Guma, the same bandits attempted to attack but were heavily repelled by men of OPWS who laid siege on them and even killed and injured some of the bandits who in turn burnt down 5 motorcycles belonging to the soldiers.

In another incident, three  persons were abducted in Tu Mu  and two  houses  razed as a result of renewed crisis between Iharev(indigenes) and Iparev(settlers) that led to the latter blocking the Makurdi-Gboko Federal Highway.