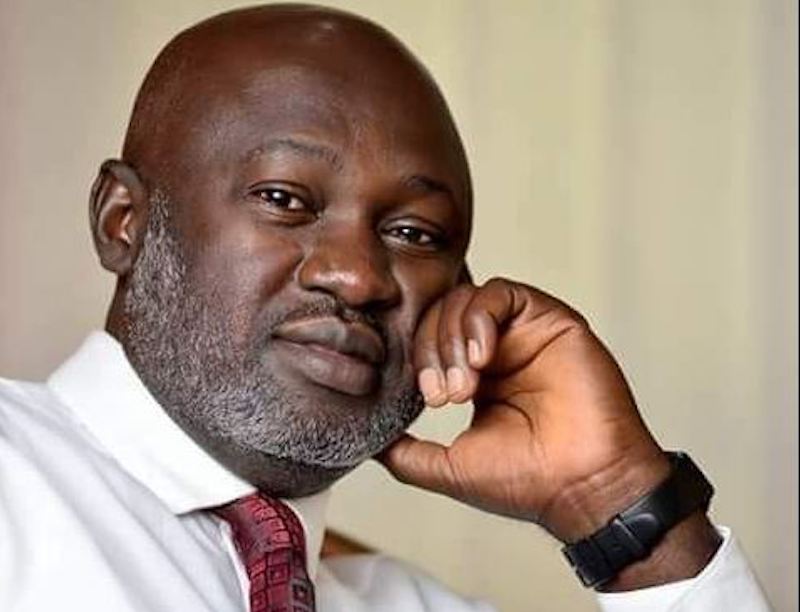 The Vice Chancellor of Benue State University, Prof Tor Iorapuu, in this interview with George Okoh, speaks on the ongoing ASUU strike and​ other related matters. Excerpts:

What’s the solution to the impasse between the FG and ASUU?

What we are passing through is a function of poor planning because the same government that improved primary health care did not see that the product of primary health care would be healthy reproduction and an increase in population. For me, I think the government from day one got it wrong because as the population increases, the schools too should increase and bring them closer to people, though the government has done that by opening more schools in rural areas.

However, the question is, what has been the plan? Also, when they graduate, where will the people go? So, part of what ASUU is saying is to wake the government up. So, a permanent solution lies with the government.

Some state universities didn’t join the ASUU strike while some are backing out. What is happening at Benue State University?

As you know, Benue State University is state-owned. There is a visitor to the university, and there is a council of the university. I am aware that about a month ago, the visitor appealed to ASUU, the BSU chapter to suspend its strike and resume, and that has expired. I want to believe that the visitor is not oblivious to his request and his appeal. I want to believe that the visitor is reflecting on his appeal and that, at the appropriate time, he will like to act.

Let me also submit to you that I am aware that many people have put pressure on the visitor. The citizens of this state have cried out to the visitor; students and parents have done so, and the chairman of council and management of this university have gone on their knees at different instances, appealing to our executive committee members and members of this community to think deeply in respect to the current strike. As soon as we get an appropriate directive from the council to reopen the school, we will do it immediately.

Do you think the workers will heed the directive?

Whether the lecturers and workers will resume when the school is open is not for me to say, but I want to believe that they are responsible people and adults. The reason I think they will be in a hurry to resume is that even federal universities have not been able to achieve what this state has done as far as the lecturers and workers of this institution are concerned.

For instance, since the strike started, our colleagues here have been receiving their salary, and if there is any salary hitch anywhere, it affects the entire state. I can say very proudly that the visitor to this university has put this university on the first line of charge, so at no time will the government compromise the salary of this institution.

The FG and ASUU have been talking about salary increments. If the government accedes to ASUU’s demands, will it be binding on state universities?

So, when discussing global practice, we should not be selective in our decision-making, or when discussing the principle of global collective bargaining, the truth about how universities function over there is that, yes, the government gives money to institutions, but these institutions also generate money through research and grants.

However, where are the functional industries that can promote research? Where are the institutions that can say, ‘We are putting in this amount of money that we are endowing for XYZ? Do we have them in this country today?’

Most of the companies and industries are leaving for Ghana and other countries. The struggle is very important, but as intellectuals, we need to cultivate and have as many strategies as possible in order to win the battle. During the military regime, strikes never went this long despite their draconian behaviour, except during Babangida’s, and the reason was because we have two world orders: socialism and capitalism. One was run by communism. The other was discussing Marxism, and so on and so forth. And these were the dominant ideologies in the universities, and for that reason, the intelligentsia held sway, and many young military people loved the intelligentsia and hobnobbed with them, and anytime there was an attempt at economic policy that was going to be detrimental to students and affect the populace, there was an uproar in the ivory tower, and the military did not like that because the moment the young kids went on the street, it was a signal to the young military officers to begin to consider mutiny.

So, they (the military) wouldn’t want that to happen, and quickly, they would want to stop it, but we are discussing democracy where these people (politicians) are not thinking very quickly; they are not thinking of a military coup, especially; they are only thinking of four years after, when there would be an election. So, they take their time, and they have mastered the act of buying even our colleagues.

To be honest with you, things are becoming so challenging that our colleagues do not seem to understand. If the insecurity does not end, how many people in Nigerian universities will go for accreditation and for how much? So, there are so many things that are gradually shooting down education in this country. My candid advice to our colleagues is that the reason we are intellectuals is that we find solutions to those things that seem impossible. Our job in the university is to find solutions to those things that seem impossible.

One of ASUU’s demands is a payment platform. Do you think lecturers should dictate how they are paid?

Coming from a federal university, I was a victim of the Integrated Payroll and Personnel Information System before I joined BSU, but that has nothing to do with BSU. It has nothing to do with any state university. We are not affected by IPPIS. We are not affected by earned allowance because, in this state, the present administration integrated earned allowance into the salary of academic staff and non-teaching staff of this university.

The only agreement they (BSU) have reached is on the outstanding balance to be paid and from Internally Generated Revenue, and where is IGR when students are not present? Check with all federal universities to see if they have the BSU model. They don’t. In fact, ASUU National is trying to copy the BSU model to advise the government to integrate earned allowance into salary.

For my colleagues here (ASUU), I have been pleading with them: If you go to a federal university, nobody is discussing the backlog of earned allowance. If we compare notes, you will know if some of the demands are justified. You talk of promotion, and we have done it. Arrears of promotion, everybody knows that it is payable. The only thing that can make someone not work is if their salary is not paid. But if your salary is being paid regularly, is a delay in promotion enough justification to say you are going on strike?

As far as Benue State University is concerned, throughout the period of this strike, the government is still paying salaries, including earned allowance, whereas, at federal universities, there is nothing. Is this not enough reason to call off the strike and reciprocate the government’s gesture?

You want me to tell you the truth. As intellectuals, there are certain things we do and get away with, and when we do them and get away with them, we think they are norms. The truth is that it is not necessarily a norm. But it may be for the sake of parents, students, and the public, and because many people may have cried to the government to do this, it goes ahead and does it (paying for the period on strike). We must recognise that the government’s action is taken not out of weakness or fear, but out of a sense of responsibility to society for children to receive an education. We now think it is because we are superb.

Somebody sent me a text about a court judgement this morning that was very clear and they have cited (the judgement) many times of people who don’t work, don’t get paid. Except if the university has sacked you, it pays your outstanding. But where you have not worked, you are not paid. The point I am trying to make is that by virtue of who we are and the importance of who we are to society, the government succumbs. The government does that, not on account of weakness and not on account of legality but on account of the people it serves. We (lecturers) must accept that when the government gives in for the sake of things like this, we should not consider it legitimate. It is not your right.

That is the reason I said earlier that as intellectuals we must have many plans for our struggle, plan ABCDE, and I want to believe that if we expand conversations and find time to discuss with others, it will pay off.