Hope on the Way for Flour Millers 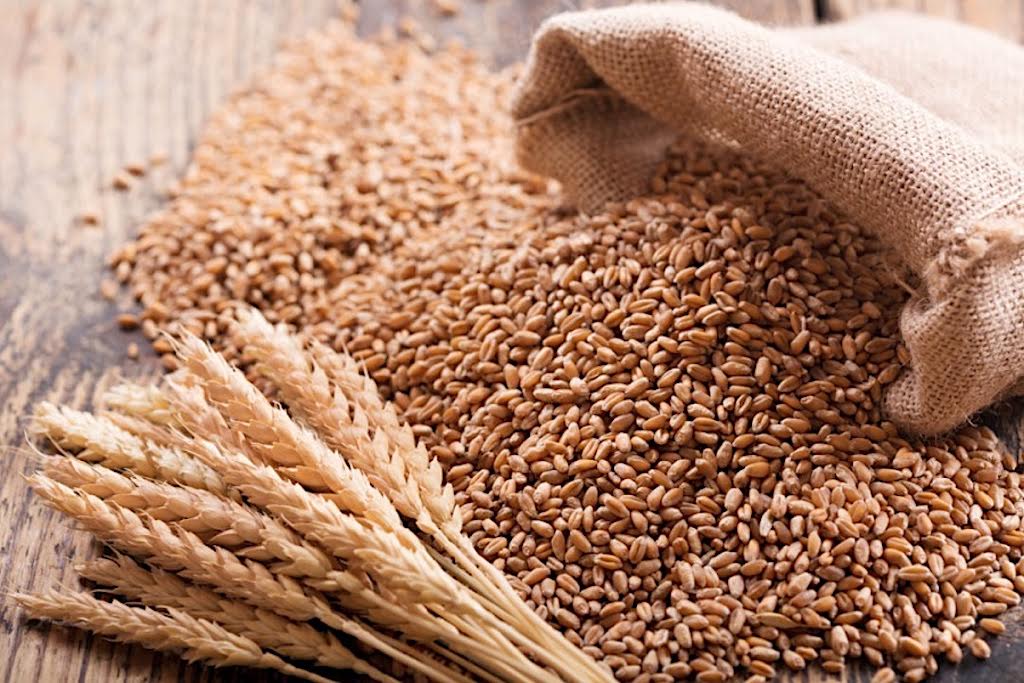 A research project embarked by Crown Flour Mill Limited in the production of wheat is raising a glimmer of hope that flour millers in Nigeria may one day enjoy steady domestic supply of wheat, writes Dike Onwuamaeze

The quest by the Crown Flour Mill (CFM) to improve domestic production of wheat through backward integration with small holder’s farmers and investments in research on wheat production is beginning to yield result.

The CFM announced on September 9 that its N300 million research investment in wheat value chain development project titled “Seed for the Future” has achieved its initial target of producing 10 kilogram of pre-multiplication early maturing wheat seed varieties that are suitable for Nigeria’s unique local topography and climate.

The CFM, which is the wheat milling subsidiary of Olam Agri, a global agribusiness in food, feed, fiber, made the announcement while unveiling the impressive first-year report of its ‘Seeds for the Future’ programme.

The report was unveiled during its third edition of the agribusiness stakeholders’ consultative forum, the Olam Agri Greenland Webinar Series that held virtually on Friday, September 9, 2022.

The report showed that the initiative achieved its first-year milestone of producing 10 kilogram of pre-multiplication wheat seed varieties that suited the country’s unique local topography and climate.

It said that the 10 kilogram pre-multiplication wheat seed varieties would be planted next season in a 1,000 million squared plots at the Azumbu Farm Research Station in Jigawa State to reproduce larger quantities of the seed varieties as backup and for planting during the rainy season in August 2023.

Speaking during the virtual event, the Country Head for Olam Agri Nigeria, Mr. Ashish Pande, said: “We have made quite an impressive stride on the “Seeds for the Future” programme going by the first-year report. It is a journey and we will continue to inject human, financial, and technical resources into the programme to ensure we meet our targets and derive the best results in the years ahead.

“There are challenges currently in the global food value chain. What this means is that we must look inward to ensure a consistent supply of food to feed our population by channeling investment into agriculture. At CFM and Olam Agri, we are committed to investing at the production level of the wheat value chain, in line with the federal government’s food security and agriculture development agenda.”

The “Seed for the Future” is a collaborative effort between the CFM and the Lake Chad Research Institute (LCRI). The Director of Agricultural Research at LCRI, Dr. Zakari Turaki, stated that strong partnerships and collaborative efforts between public institutions and private firms are essential to raise the current level of the local wheat harvest in Nigeria.

Turaki added that the current partnership framework adopted for the execution of the “Seeds for the Future” programme is the best he has seen so far in the industry.

Speaking during the unveiling of the report, the Principal Research Officer at the LCRI, Dr. Kachalla Kyari Mala, said that his team conducted a detailed survey into the agronomic practices of local smallholder farmers at the commencement of the project to understand the realities in the Nigerian wheat value chain.

Mala, who is the seed varieties’ project’s lead researcher, stated that the approach of combining data from multiple stations across the West African region helped the team to identify and resolve bottlenecks in the value chain.

He said: “The outcome of the first-year trial and testing of the seed varieties gives some assurance that the investment of Olam Agri will accelerate seed production while pre-release yields actual improvement in productivity in the country’s wheat farming belt.”

The journey to the development of the “Seed of the Future” began on October 27, 2021, when a virtual ceremony of signature was held to celebrate the launch of the project between the CFM and LCRI.

This far-reaching initiative sought to use a participative approach to integrate farmers as drivers for change, identifying jointly with researchers the best wheat varieties and agronomic practices to deliver the top harvests.

Moreover, it integrated a “local to global” strategy where the rural communities are put front and center, with a specific target on empowering female associations to become the local enabler for the adoption of technologies, which are then commercialised globally thanks to the interest of the national mills.

In furtherance of this project, on November 24, 2021, the partners called upon several high-level Nigerian stakeholders’ (government) to seek their approval and advice on the goals set by the project. This yielded several valuable suggestions that were gathered and incorporated into the project.

Overall, the project’s set goals and core structure were seen as aligned within the larger investment promoted by the federal government and the Central Bank of Nigeria to make wheat farming a reality.

To further understand the reality on the ground, a detailed survey was conducted across 40 farm households from four villages that ensured the livelihood for some 387 rural people, of which more than half are children.

Major discoveries of the research was that Nigerian farmers identified rice as their main crop, with nearly all of them conducting two rice planting seasons (rainfed and irrigated) in a year.

The research also discovered that these rice farmers have tried wheat cultivation, and many still cultivate it today. Those experienced farmers that started wheat cultivation more than four years ago achieved yields beyond 2.5 tons per hectare, while the novice farmers only 2.0 tons per hectare, as demonstration that experience is a factor of success.

The best varieties of wheat available to the farmers were identified as Norman and Borlaug 100.

However, the main concern that all shared about wheat cultivation was the fact that it is less profitable than rice, and that the varieties that they currently have are too late in maturing. Hence, the wheat cultivation is too long, and it prevents one of the second seasons of rice.

Also, the farmers indicated that at the end of the rainfed rice season it is economically very difficult for them to start a wheat season before having sold their rice harvest.

The survey conducted resulted in two very clear guide point. First, is that the research focused on the production of early fast-growing wheat varieties as its main technological priority. Second, a form of economic support for wheat planting is needed to favor the wide adoption of this crop rather in the form of a small credit or as a “contract farming” strategy.

With these points clear in mind, on November 17, 2021, seeds were planted at the LCRI Wheat Research Farm at Azumbu village, Mallum Madori/Hadejia LGA, Jigawa State, Nigeria.

Even though this farm was used for the first time for wheat research, the field results were of sufficient quality to confirm two ideal lines for further multiplication (Bob and Hoffimilmus), which ensured yields similar to Norman, but completing the full cycle four days ahead of it. In parallel, the testing of 23 new potential elites allowed to identify three new lines that yielded more than Norman, and one that matched its yield, but completed the cycle seven days earlier.

Farmers were invited to visit these trials as part of an open-door day, and some 50 participated, confirming their appreciation for the work carried out.

In conclusion, the first year of the project achieved all set milestones timely and effectively, opening the door for a second year that should gather even more inputs from local communities and identify the next round of innovations, while at the same time promoting for adoption those already identified.

In season 2020-21 the entries Bob, Tillejihan, and Hoffmilmus were identified as the best varieties for Nigeria when combining data from Nigeria (LCRI), Mauritania, and Senegal.

For these entries, 1 Kg of seed were recovered from the stores and planted at the research farm at Azumbu village, Jigawa State, in 100 m2 plots during season 2021-22 on November 17, 2021.

Despite that, it was possible to confirm that Bob and Hoffmilmus were indeed the best entries, surpassing Norman in terms of yield and doing so in a reduced amount of time. In that sense, the team was able to meet the set goal of producing 10 kilogram of pre-multiplication seed for the best two entries.

This outcome gives some insurance that the investment of OLAM AGRI to accelerate seed production pre-release should lead to an actual improvement on farms productivity.

The CFM noted that “the ability of a variety to deliver top yield and high protein content is dependent on its genetics, but also on the way it is managed.

Also, the farmers were asked to rank the main issues they faced that prevent them to further adopt wheat cultivation. The two most widely mentioned issues were the absence of money to plant and the absence of wheat seeds, however the one that was most frequently ranked first was the fact that wheat would be competing with the already existing crops.

The farmers also ranked lack of early varieties ranked as the main issue they were facing with wheat production while the damages caused by birds came second.

These responses showed clearly that farmers were keen in cultivating rice and “considered wheat only if this does not prevent rice production.”

For that reason, they indicate the competition with existing crops as the main issue, and the fact that early wheat varieties would be best to avoid delaying the planting of irrigated rice. Hence, wheat could be widely adopted if its cultivation cycle does not prevent rice production, and its profitability remained higher than that of beans.

In addition, it is important that farmers have access to credit to invest in wheat planting in November, before they manage to get liquidity from the sale of their rain fed rice in December/Janaury. Finally, birds are extremely damaging for wheat, so ideal practices to prevent their attacks could further favor wheat adoption.