Ridwan Named Nigeria’s U19 Cricket Captain Ahead WCQ  in Abuja 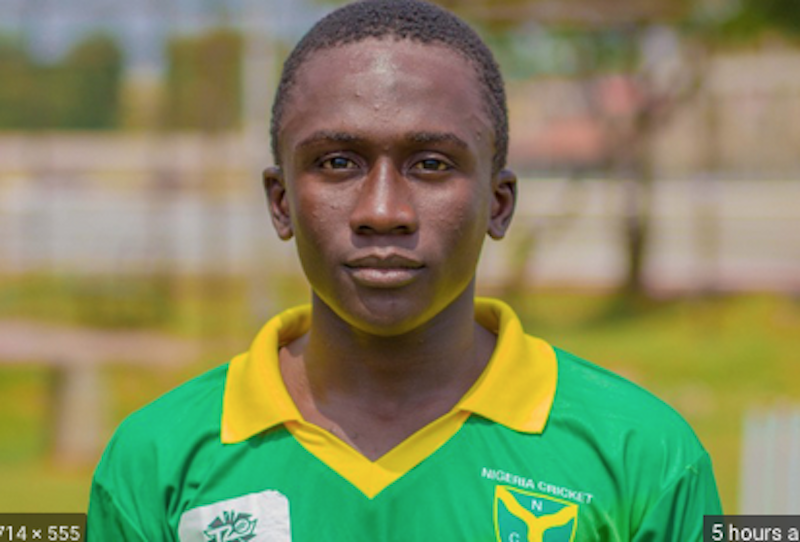 The Nigeria’s  Under-19 Men’s Cricket team Coach, Daniel Gim, has announced teen-star, Abdulkareem Ridwan, as the captain of the side as Nigeria wraps up preparation for the eighth-nation Africa Division 2 World Cup Qualifier scheduled to hold from September 30th to October 9th in Abuja.

Gim, a former national player himself and now International Cricket Council (ICC) certified level 2 coach, said that Nigeria in the last couple of years has made statements with her youth side. Gim remains confident his team will justify the Federation’s investment in them.

“We are hosts and that on its own comes with some level of expectations, but with the level of skill and management in place, I am sure the team will eke out respectable performance for the country when the game starts.

Ridwan and his teammates are a major part of the cricket evolution and he has shown leadership,” he said.

Also speaking on the team, Technical Director of the Federation, Joseph Eshua, revealed that the board has made arrangements for the home team to be well prepared.

He stressed that as host country, NCF has put in place plans to ensuring that Nigeria play the role of a good host to all the other seven countries that will be taking part in the event.

“Our focus is to give the best possible preparation to our team, and I am presently with the team in Benin to give technical support to the team. I can assure you that the team is turning out well. However, as the host we also have a task to project the country through our now international facilities and the hosting, which is being done too.”