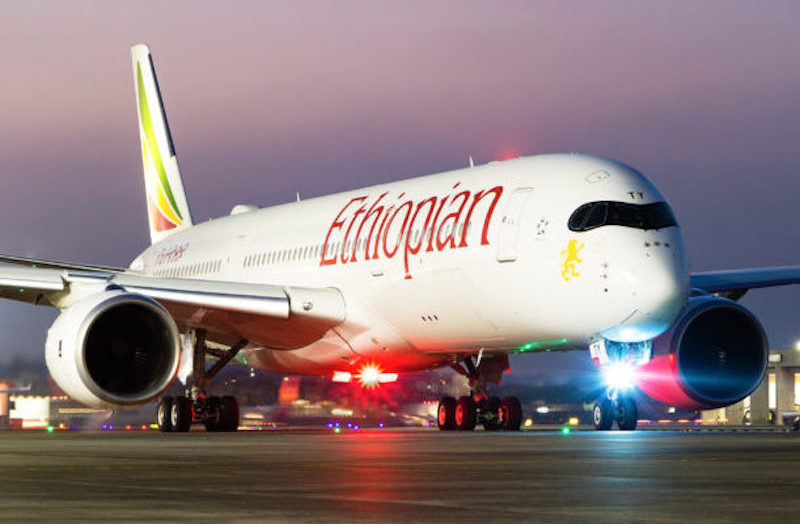 The federal government has confirmed the selection of Ethiopian Airlines as technical partner and core investor for the establishment of its planned national carrier, the Nigeria Air, a development the government will announce soon.

The selection of Ethiopian Airlines will put to an end, several months of speculations about who become the technical partner and core investor in Nigeria Air.

THISDAY learnt that a team from the Ministry of Aviation had travelled to Addis Ababa in Ethiopia to start discussion with the East African carrier with indication that the agreement would be signed after the meeting.

“Yes, we have selected Ethiopian Airlines. We have agreed to work with the airline and we are hoping to make the announcement soon,” a dependable source from the Ministry of Aviation told THISDAY.

With the selection, the horizon may have become clearer now on the timeline of the planned national carrier, as everything is being put in place for the actualisation of the project.

Before the final decision to select Ethiopian Airlines, there has been robust relationship between the airline and the Ministry of Aviation.

THISDAY gathered that the ministry had already started training programme for the personnel of the planned national carrier at Ethiopian Airlines facility in Addis Ababa.

Although the technical partner/core investor is expected to provide equipment and funds and will have 49 per cent control stake in the new carrier, but THISDAY gathered from an insider source in the Ministry of Aviation, that Ethiopian Airlines would provide equipment, technical personnel and management for the airline, but would not invest money in the bargain.

Ethiopian Airlines, which is unarguably the best-managed airline in Africa and the most profitable, has invaluable experience in similar partnerships, including its partnership with Asky, Zambia, Malawi, Chad, Democratic Republic of Congo, Mozambique Ethiopian and others, which are its subsidiary.

The federal government, which midwifed the project, said it would have five per cent stake because the airline would be private sector driven.

THISDAY learnt that in addition to its shareholding by core investor, the rest of the shares would be owned by other Nigerians.

However, since the national carrier project started, government has not made public the other stakeholders who have indicated interest to invest in the new carrier.

“The Ministry of Aviation has picked Ethiopian Airlines since they are the only one that bided. Initially, the Ministry wanted to have more airlines to bid but since others didn’t, they have to pick Ethiopian Airlines. If the Ministry will realise its plan to establish the national carrier, it has to start working immediately with Ethiopian, because there is no enough time.

“I heard the Minister sent some pilots there some time ago for training. But it was ab-initio training. They are also preparing for the training of pilots on Boeing 737 NG aircraft. Ethiopian will provide the technical management personnel, ”the source told THISDAY.

A source close to Ethiopian Airlines also told THISDAY that the East African carrier has all the aircraft types needed to start initial flight operation, which is connecting some domestic destinations; so the airline would deploy the needed equipment to flag off the service for Nigeria’s new national carrier.

“Ethiopian Airlines has the equipment needed for the start-up of the new national carrier, Nigeria Air. It has many Bombardier Dash 8 aircraft, which would be the equipment that would be deployed with additional deployment of few Boeing B737 NG aircraft. The airline is most prepared to support the Nigerian government actualise its national carrier ambition,” the source told THISDAY.

Nigeria Air has already obtained Air Transport Licence (ATL), which is a prelude to obtaining its Air Operator Certificate (AOC) that would qualify it to start operation, but so far no administration infrastructure on ground, but places have been earmarked for the airline at the Abuja and Lagos international terminals, where it would base its operation when it begins to fly.

With this partnership, it is expected that the East African carrier would provide the takeoff aircraft for the airline’s operation and subsequently it would begin to acquire its own equipment.

The federal government also planned to establish a leasing company, which would provide aircraft for the national carrier.

Last year, the federal government hinted that it was expecting to raise about $250 million from the private sector for the national carrier, which was then at the stage of procurement.

In a publication by the Ministry of Aviation titled, “Status of the Road

Map/PPP Projects,” the Ministry explained that the establishment of a national carrier would enable Nigeria gain optimal benefits from Bilateral Air Service Agreement (BASA), take full advantage of the Single African Air Transport Market (SAATM) and introduce competition, leading to competitive fares and services as well as to generate employment.

“The national carrier project will be private sector driven, with government holding not more that 5 per cent of the shares. The private sector consortium may comprise reputable international airlines, such as Qatar Airways, leasing companies, aircraft manufacturers (OEMS), financial and institutional investors,” the publication stated.

It noted that government would provide the required support by creating enabling environment in terms of sustainable policies, allocation of BASA, routes provision, financial guarantees and ensuring fiscal incentives to sustain the success of the airline.

Aviation had since last year started the training of senior cadre personnel both administrative and technical and facilities had been earmarked for the airline at many of the airports owned by the federal government and managed by the Federal Airports Authority of Nigeria (FAAN).