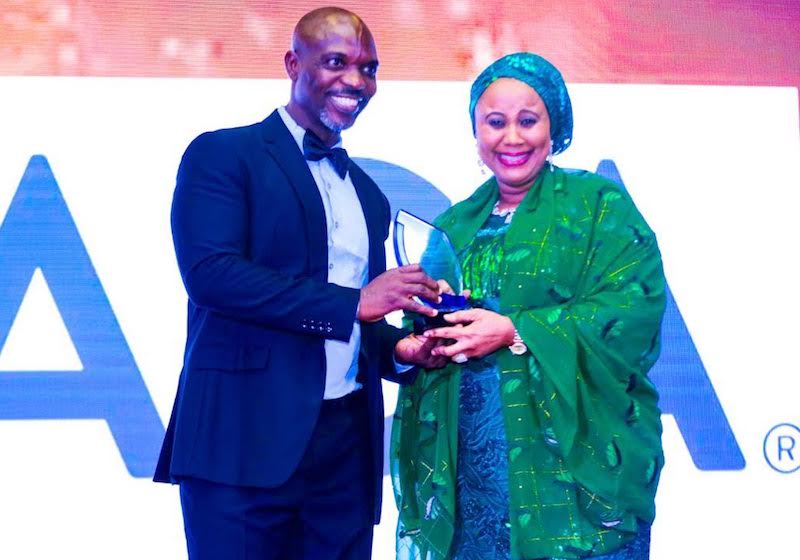 The General Manager, Audit and Compliance at the Niger Delta Power Holding Company Ltd, NDPHC, Maryam Danna Mohammed is basking in the euphoria of her recent multiple awards by the ISACA Abuja chapter for her years of unmatched dedication and meritorious service to humanity. Rebecca Ejifoma writes

When Dean Cain said “Not all heroes wear capes”, he was conceding the fact that although the world is full of titanic characters who have attained monumental feats, not all of their faces make the headline news or are splattered on the walls of national dailies.

One of such people is Maryam Danna Mohammed, the General Manager of Audit and Compliance, Niger Delta Power Holding Company (NDPHC). She has effortlessly distinguished herself through her outstanding career which earned her three awards.

At the ISACA Abuja Dinner Award ceremony in Abuja, FCT, Mohammed was decorated with an award of Meritorious Service to the Chapter by Emmanuel Omoke, President of ISACA Abuja.

“This was in recognition of her ceaseless contribution, exceptional professional skill and effective leadership that has proved to be instrumental in ensuring success in audit, assurance, risk management and information system audit. She deserved every plaque in her name,” Omoke expressed.

And while the NDPHC boss was relishing the applause from the audience, she received the Platinum Membership award for 15 years of continuous membership and investment in professional development. This cemented her standard of excellence as a role model for other chapters to emulate in all of their endeavours.

The General Manager was also presented with the Rotary International Award of Excellence for Leadership in Public Service, sterling performance in the service of humanity in their various communities. Consequently, Omoke described the awardee as a shooting star. “Her dedication and commitment are unbeatable. She started on the right note and has maintained that feat to date.”

The President believes that “Madam Dana’s” achievements are a quick reminder that life is what happens when the curtains are closed, and the cameras stop rolling. “This is to encourage other members to continue the good work. It may seem like no one is acknowledging your efforts, but I assure you it will pay off someday.”

Madam Danna, as she is fondly called, is a seasoned professional with over 29 years of experience in finance, risk management, information system audit, assurance and internal control. Her immense contributions over the decades have stood her out in her career as an amazon.

She started her career at the National Electric Power Authority (NEPA) in 1992 and rose through the ranks to become a Senior Manager, Audit. With her expertise, notable and outstanding performances, she was promoted to the position of Principal Manager, Audit (Market Operations) and within three years became the Assistant General Manager, Audit.

In this position, Mohammed led audit teams to plan and perform audits timely, resolved major audit issues and ensured that the organisation operated in accordance with her policies and objectives.

In 2011, she joined Niger Delta Power Holding Company (NDPHC) as Deputy General Manager, Audit and in this capacity, she repositioned and deepened the capacity of NDPHC’s Audit and Compliance Department, this resulted in overall operational efficiency and value re-orientation throughout the organisation.

Mohammed is a multiple award winner, the awards included the Rotary International Award of Excellence for Leadership in Public Service, Rotary Club of Apo, District 9125, Garki, Abuja in 2015, Creative Excellence Award, ESTAC Institute of Construction Technology, Enugu in 2013, Information Systems Audit and Control Association in 2018 and 2022.

She holds a Bachelor of Science in Accounting from the prestigious Ahmadu Bello University, Zaria and a Master of Business Administration in Finance from the University of Maiduguri. She is a Fellow of the Institute of Chartered Accountants of Nigeria (ICAN), an Associate of the Chartered Institute of Taxation of Nigeria (CITN), and a member of the Information System Audit and Control Association (ISACA) and holds other professional certifications.

She also holds a Post Graduate Certificate in Data Science and Business Analytics from the University of Texas, Austin, USA.

With her unwavering commitment to excellence, Mohammed is not resting on her oars. She has pledged to keep serving humanity for the good of society.

Madam Dana’s achievements are a quick reminder that life is what happens when the curtains are closed, and the cameras stop rolling.