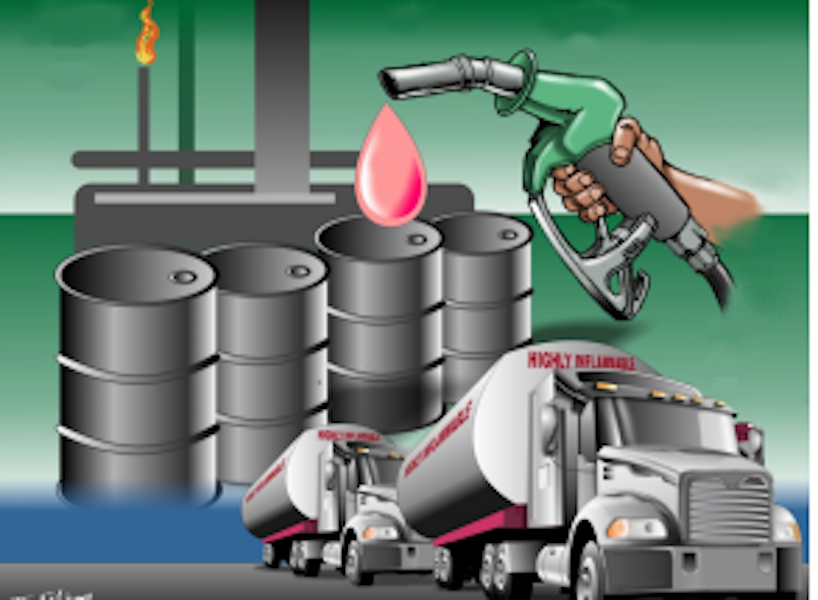 Nigeria’s underproduction of crude oil will persist as repair work on Forcados, a key oil terminal, will drag till the end of September, after months of halted flows contributed to hobbling the country’s supply performance in August.
The repairs to a subsea hose have stopped exports of Forcados crude, which is the single largest export grade.

This is coming as African ministers meeting in Cairo two months ahead of the COP27 climate summit, have called for a sharp expansion of climate financing for their continent while pushing back against an abrupt move away from fossil fuels.
THISDAY had reported that with an estimated average oil price of $100 for the month, the country lost as much as $756 million to shut-ins in July, according to data from the Nigerian National Petroleum Company Limited (NNPCL).

Aside from the Forcados terminal which curtailed supply to the tune of 258,000 barrels as a result of the closure of the facility, following reports of a ‘sheen’ in the vicinity of the facility, some other facilities have also been negatively impacted. The Forcados asset is operated by the Shell Petroleum Development Company (SPDC).

Bonny terminal has also been taking a hit, with force majeure declared as a result of the shutdown of the terminal. The facility lost 3.545 million barrels in July.
The country has been battling sabotage on its pipeline network in recent years without much success.
Some oil industry operators have said they receive as little as five per cent of crude volumes pumped through the Trans Niger Pipeline (TNP), for instance, reflecting a larger issue for the country which is already facing shrinking investment.

However, Bloomberg quoted a spokesman for Shell Plc, as confirming that repairs remain ongoing at the Forcados terminal, but declined to comment on the time frame for a restart.
When exports resume, the terminal is expected to start by shipping a backlog of delayed cargoes from prior months, according to traders of west African crude, Bloomberg added.

Since June, the 180,000-barrel-a-day Trans Niger Pipeline, one of two that feed the Bonny oil terminal, has ceased transporting oil due to theft.
Similarly, shipments are scheduled to resume in late October at Brass, where a force majeure has been in place since June, according to loading plan data compiled by Bloomberg. A very low amount of oil was reaching the terminal because of extensive illegal bunkering, or pipeline tapping, operator, Eni SpA said last month.

The Nigerian oil sector continued its struggle in August even as the country remained behind Angola in crude oil production.
Angola’s average daily output in August of 1.17 million barrels was more than Nigeria’s at 1.13 million barrels, according to Bloomberg’s survey of monthly OPEC output.

But THISDAY’s checks revealed that the Bloomberg figure differed from the one released by the Nigerian Upstream Petroleum Regulatory Commission (NUPRC), which pegged the country’s production at a paltry 972,000 barrels per day for the month.

The figure rose to 1.18 million barrels when condensate–a light hydrocarbon that is exempt from OPEC quotas – is included.
Nigeria’s production has declined steadily since 2020 and has reached multi-decade lows this year. Both Nigeria and Angola are also dealing with years of low investment that have impinged production.

Also, troubled Libya produced 1.08 million barrels of crude a day in August, according to the survey, and could soon overtake Nigeria if the West African country continues on its current trajectory.

Reuters quoted Richard Bronze, head of geopolitics for consultancy Energy Aspects, as saying that the exports for August were the lowest since at least 1990 as issues at the Forcados export terminal worsened an already weak supply.
Data from the Organisation of the Petroleum Exporting Countries (OPEC) showed that output never fell below 1.4 million bpd, even amid what were considered at the time to be crippling militant attacks in the Niger Delta.

Industrial-scale oil theft poses an “existential” threat to what is typically Africa’s largest oil exporter, a Shell executive said in July, while President Muhammadu Buhari has said the problem is affecting state finances “enormously”.
In July, the Group Executive Officer of the Nigerian NNPCL, Mallam Mele Kyari, said 700,0000 bpd were missing from its exports as thieves stole some oil and companies shut operations in other fields to avoid the thieves.

Some companies have said more than 80 per cent of the oil they put into certain pipelines was stolen. The oil workers’ union this week voiced its concern over the safety of its members and threatened to strike if the government does not take swift action to curb oil theft.
Meanwhile, African ministers meeting in Cairo two months ahead of the COP27 climate summit have called for a sharp expansion of climate financing for their continent while pushing back against an abrupt move away from fossil fuels.

A communique released yesterday after a three-day forum for finance, economy and environment ministers, said Africa benefited from less than 5.5 per cent of global climate financing despite having a low carbon footprint and suffering disproportionately from climate change.
It urged rich countries to meet and expand climate pledges, adding that poor countries should be able to develop economically while receiving more funds to adapt to the impact of climate change.

The document stressed “the need to avoid approaches that encourage abrupt disinvestments from fossil fuels, as this will… threaten Africa’s development”.
The Minister of Finance, Budget and National Planning, Mrs. Zainab Ahmed told the Cairo forum that gas was a matter of survival for her country.
“If we are not getting reasonably-priced finance to develop gas, we are denying the citizens in our countries the opportunities to attain basic development,” she said.
The communique also stressed the need to focus on climate change in a review of multilateral development banks and international financial institutions, Reuters said.

It suggested the creation of a sustainable sovereign debt hub that could reduce the cost of capital for developing states and support debt-for-nature swaps.
Experts say there is private as well as public sector appetite for financing and investing in climate projects in Africa, but funding is hindered for reasons including risk perception, underdeveloped green finance markets, and local technical and policy constraints.