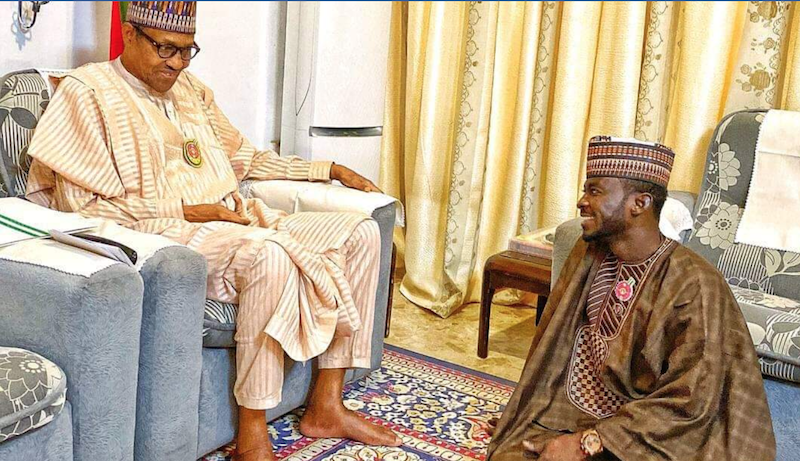 Former Personal Assistant to President Muhammadu Buhari on Broadcast Media and Incumbent National Assembly Member Representing Kano Municipal, Honorable Shaaban Ibrahim Sharada, over the weekend declared his intention to run for the office of Kano State Governor on the platform of the Action Democratic Party (ADP).

He is the chairman, House Committee on National Security and Intelligence.

The lawmaker held a rally around major roads in the metropolis grounded all the commercial activities in the state capital.

The motorcades of his convoy moved from his campaign office at Ruqayya House along Maiduguri Road through major roads in the city to Sani Abacha Youth Center for the declaration.

Addressing thousands of his supporters, Shaaban said that “I stand before you today to declare my intention and submit myself to you to serve as the next governor of Kano State.”

The governorship candidate said that the state had suffered economic setbacks from the present administration, despite the enormous resources that accrues to it.

He said: “With the great crowd seen here today, those who say there is no ADP in Kano are not telling the truth. I urge you to come out and vote for ADP to take over the state.

“I will ensure the revival of the state economy, create employment and provide infrastructural development across the 44 local government councils of the state.”

Speaking also, the National Chairman of the ADP, Mr. Yabaji Sani, described Shaaban as the right candidate to take over power from the ruling APC in Kano State.

Sani said: “Everyone knows that Honorable Shaaban qualified to be the governor of Kano State and God willing, he will be the person to take over the power in the coming 2023 elections.

“Shaaban had the knowledge and experience that qualified him to be the Governor of Kano. He is simple and very focused person who meant well for the state.”