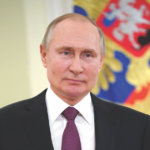 Labour Party presidential candidate, Mr. Peter Obi, has accused the People’s Democratic Party (PDP) and the ruling All Progressive Congress (APC) of recklessly borrowing and spending over $500 billion in the last 20 years.

This was just as he maintained that Nigeria’s total annual export revenue was less than $30 billion.
Obi also admitted that though some of his statistics might be wrong sometimes, it was not enough to discredit existing facts and figures he presents to Nigerians.
Obi said this yesterday at the first summit of the Obi-Datti support groups and the Labour Party at the International Conference Centre, Abuja.

The group gathered in Abuja to familiarise with the party’s leadership and to further map out strategies for coordination of their national wide directorates.
The former Anambra State Governor while speaking at the event also explained how he was able to convince Senator Yusuf Datti to accept the offer to be his running mate.

“So since is about N600 now, I use an average of N400. That means, that if you divide N200 trillion with N400, it would give you approximately $500 billion.
He said currently, Nigeria has only 43 million people in its work force of which over one hundred million of others are unemployed. Most of these unemployed persons he said fall within the youth demographic.

“If we have taken 20 per cent of the money we borrowed in the last 20 years and shared it to 20 million entrepreneurs in $5000, it would be 100 million jobs and there won’t be unemployment in Nigeria. And we are using only 20 per cent of the money.
“Five per cent of it would have been $25 billion and $25 billion would have increased our power generation, transmission and distribution from 4000 megawatt to at least 20,000 megawatt.

“The list is endless. We are not campaigning yet; we will tell the story when we start campaigning. I am just telling how bad things are.
“When I said we are not a producing nation, they argued. They even said the figures were wrong,” said Obi who cited how his statement about the country’s exports revenue was misquoted.

“Late last month, I made a statement, which you see them using every day; when I said that Nigeria’s total export is less than $30 billion, you see where they were writing that it is wrong.

“It is not wrong,” he insisted, adding, “Go to the National Bureau of Statistics, last year, total export of Nigeria was N18.9 trillion. As at the date I made that statement, dollar was selling for about N650 to a dollar. Go and divide N650 to a dollar with N18.9 trillion, it will give you about $29 billion. Go and verify it.
“I am not saying I am right or wrong here. Wherever I am wrong statistically, I have apologised. But I am saying, in all my statement, in everything I have said, if you put all of them together, I would have gotten 90 per cent of that statistics right. If you score 90 per cent, why are they looking for 10 per cent? asked Obi.
Meanwhile vice presidential candidate of Labour Party, has declared that it would be against their principle to collect money from their supporters to fund their campaign.

His statement followed an offer of cash from one of the party’s supporters (name withheld) and comedian at the event to support the party’s campaign, which Datti out rightly turned down.
The comedian had left the podium and wanted a photograph with Datti but in the process brought out N2,000 from his pocket as part of his support for the party.

“Please take this as my little contribution for your campaign Mr Vice President”, he said.
However, in his response, Datti turned it down.
Datti who was extolled by Obi who described him as one who was not desperate for power till he convinced him to think about Nigeria and the future of his own children, said that, “the is a wind of change.”

“We are looking for how to manage government money by following a serious leader (Peter Obi) who knows how to create money. I am following a leader who has nothing to achieve again in this life except to see a peaceful and prosperous nation.

“It pains me when a uniform staff of a federal government of Nigeria, in broad daylight will collect money. Each time I see it, my heart breaks. That similar act is as bad as a $20 billion scandal and it happens everyday. We are going to end it. We are going to change it.”