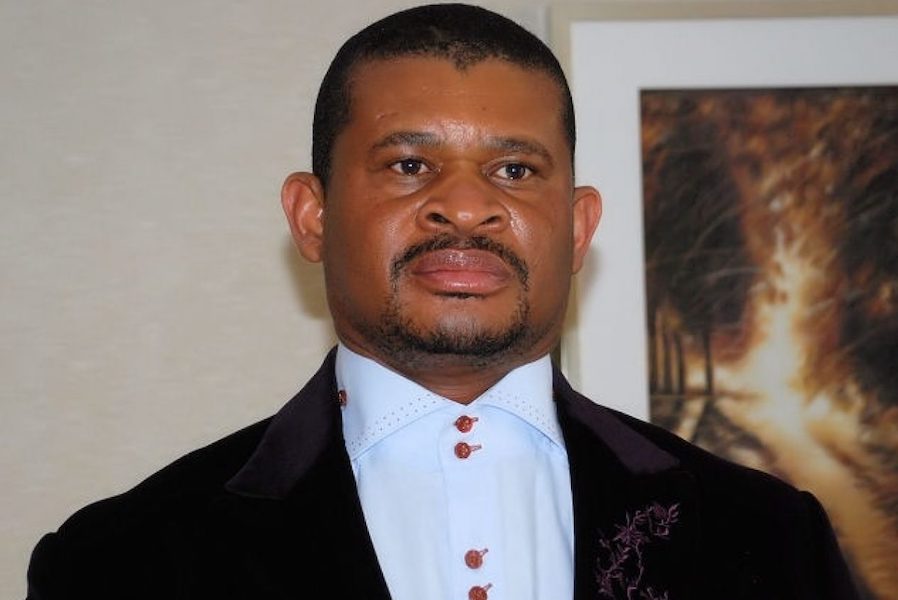 •Narrates how Wike singlehandedly controls the levers of power in Rivers

A former senator representing Rivers South-East constituency, Lee Maeba, has accused the Governor of Rivers State,  Nyesom Wike, of consistently insulting elders in the state and bullying others.

Speaking during an interview with SymfoniTV, a social media-based news platform, the former governor’s ally stated that Wike who is asking for fairness has dealt wrongly with elders and associates in the state.

“He who comes to equity must come with clean hands. If your hands are not clean, then wash your hands first before coming to equity,” Maeba said, in apparent reference to cries of marginalisation by Wike after the Peoples Democratic Party  (PDP) primaries.

Maeba said that last week Thursday,  the governor called a former Deputy Speaker, House of Representatives, Austin Opara and other Ikwere leaders as well as a former Governor of the state, Celestine Omehia, threatening them over their visit to the PDP’s candidate, Atiku Abubakar.

“The governor summoned Austin Opara and Omehia and told them they have no right to have gone to see Atiku for a meeting of that nature without clearing with him. That they should be ready, that he will kill himself and kill them. He gave that threat and that if they don’t have guns, they should go and buy guns,” he said.

According to Maeba, Austin Okpara was already Deputy Speaker when Wike was struggling to become a local government chairman, and therefore wondered why Opara should take permission from Wike before visiting Atiku.

He maintained that he followed Wike to 22 states in the run-up to the PDP convention, stressing that since he lost the primaries, there should be no special negotiations for him to support Atiku.

He added that on Friday, Wike summoned the Ogoni people and the member representing him (Maeba) and specifically told them that he was waiting to see how Maeba was going to campaign for Atiku in Rivers.

He stated that the same Wike who is complaining about being sidelined, bought governorship forms for 14 of his associates, including him (Maeba) but warned all of them not to campaign.

Furthermore, he stated that Wike told all of them that if they dared make any move to override him, they will not only fail woefully but will be disgraced, stressing that till today, himself who was an aspirant never knew any of the delegates.

“ The list of delegates was not published. At the end of the day he called me and told me that I can not be governor, that I campaigned for Atiku in 2019 without his permission and that I even formed a group called friends of Atiku and that I opened an office for Atiku.

“He said because of that, it was over and that he could not hand over the state to his enemy. It was in the presence of his staff and I had never seen that kind of humiliation in my life,” he added, stressing that Wike thoroughly warned him not to proceed to the primaries.

Since then, he noted that Wike has not made any move for reconciliation and discuss how to move the state forward, but he’s screaming now about being marginalised. “ What morale does Wike have to go and protest injustice? What is more unjust than what he did to me?” he queried.

Wike has recently been at loggerheads with Atiku as well as the leadership of the PDP, accusing the former vice president of sending minions to him to appease him after his loss of the presidential running mate position to Governor Ifeanyi Okowa of Delta State.

Although there was peace a meeting between the two politicians some days ago, the conditions listed by Wike before a truce reportedly included the removal of Iyorchia Ayu, as national chairman of the party.

“All of us knew Atiku before him. Austin Opara had been in the House of Representatives since 1999. He was the deputy speaker when Atiku was Vice-President. At that time Wike was struggling to be local government chairman. So, if Austin Opara has to take permission from him today to go and see Atiku, then something is wrong,” he argued.

He maintained that no single individual was in charge of Rivers State votes, stressing that Wike was hatching plans to rig elections in the South-south state.

Maeba further stated that he was removed as the Chairman of Elechi Amadi Polytechnic, recently because of his closeness to Atiku, describing it as a humiliation.

“If you stop us from working for Atiku, that is the height of anti-party activities. I stand to be corrected.   This is the middle of our campaign and you line up Bola Tinubu’s men to commission projects in your state.

“Why is he lining up Tinubu’s men? After the commissioning, they go inside to talk. What are they talking about. In the middle of our campaign he’s highlighting the APC and Tinubu above our own candidate. I don’t know what you call that,” he maintained.