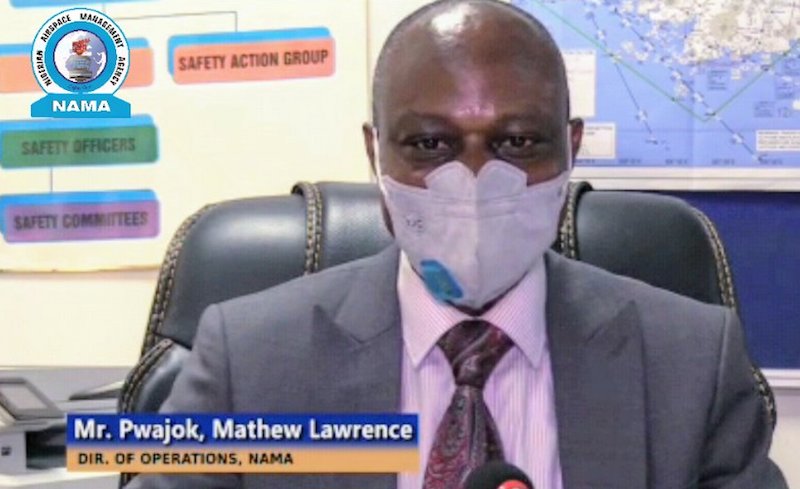 The Nigerian Airspace Management Agency (NAMA) has confirmed that all federal and state government owned airports in the country have approach and landing navigational aids.

The agency said they also have Satellite Based Performance Navigation procedures that can enable aircraft operate at any time of the day into these airports.

The acting Managing Director of NAMA, Mr. Matthew Lawrence Pwajok, made this known during the 26th annual conference of the League of Airport and Aviation Correspondents (LAAC) held in Lagos recently.

Pwajok who was a panel discussant at the seminar, noted that the idea of tagging some airports in the country as ‘sunrise’ or ‘sunset airports’ was misplaced, “given that almost all airports in Nigeria have instrument landing facilities for approach and landing, meaning they are operating based on Instrument Flight Rules (IFR) and not based on Visual Flight Rules (VFR) where they pilots are required to visually approach and land within Sunrise to Sunset time.”

According to Pwajok, “Apart from one or two private aerodromes, all federal and state government owned airports managed by NAMA are equipped with Instrument Landing System (ILS), except where they are temporarily unserviceable or the runway and approach lights are unserviceable, but nevertheless you cannot refer to them as sunrise or sunset airports.”

Speaking further, the NAMA boss noted that the agency had invested heavily in navigational facilities more than any other facilities, adding that, “apart from Owerri and Calabar where the agency is working to install Category II Instrument Landing systems (CAT II ILS), and Jalingo that has no instrument landing system for now, basically all airports in Nigeria have a minimum of CAT II ILS, most of which were installed brand new, so there is nothing like obsolete navigational facilities.”

Pwajok said in a bid to tackle visibility issues in some airports during adverse weather, the agency commenced the implementation of Category III ILS in Abuja and Lagos airports while those of Katsina, Kano and Port Harcourt were being installed and would be ready before the end of 2022.

He noted that despite the high cost of diesel, the agency had always granted extended services to airlines, which made such requests and would continue to do so. He also assured airlines that search and rescue services are also provided by NAMA during the hours of extension as the agency collaborates with sister agencies, National Emergency Management Agency (NEMA), and other critical stakeholders, saying that as long as an airport remained open, search and rescue would be available for the period of operation.