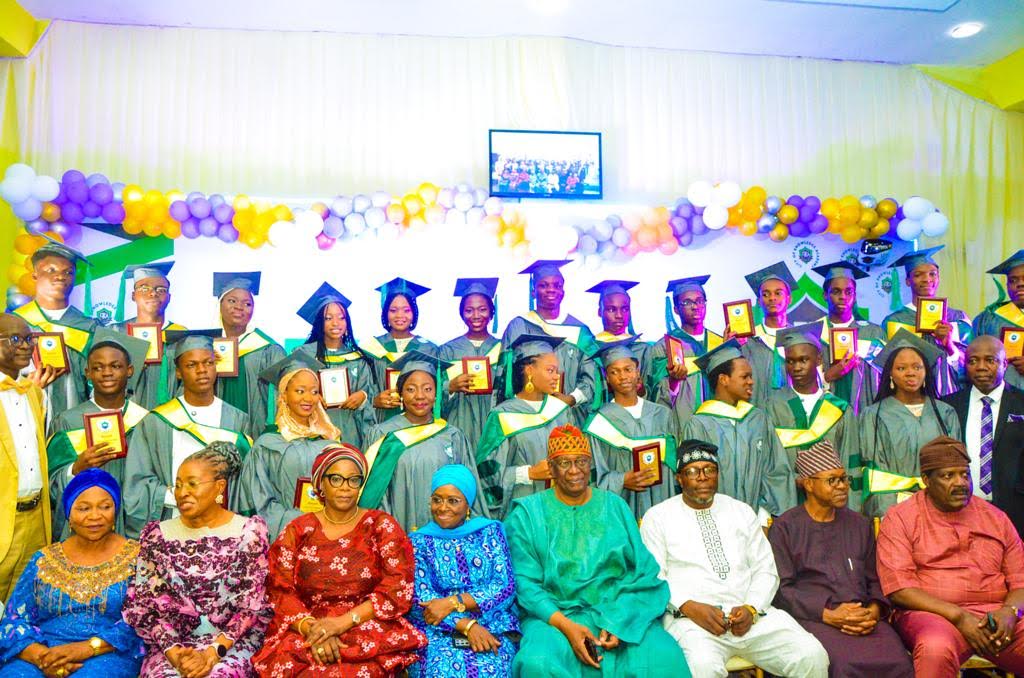 It was double celebration for AchievazBase School, Alakuko, as it clocked 15 years of offering quality education in Lagos State.

At the ceremony, which coincided with its 2021/22 graduation ceremony, the Proprietor, Mr. Omotola Ayodeji, recalled that he started the school from a humble beginning. He said things were rough at the beginning as he and his team navigated the education subsector amid stiff competition to overcome.
He noted that many pupils had passed through the school, and are making their marks in their various endeavours.

He thanked the teachers who had stayed with him over the years to build the school for their persistence and dedication. He also presented gifts and long service award certificates to them.

To the outgoing pupils, Ayodeji said they had done well by staying with the school and finishing there.​ He assured them of a brighter future if they stick to the training the received, the skills they got and the extra-curricular activities they participated in.

He however said there were challenges ahead as the world outside the school is not a bed of roses.

“You still have a long way to go. As you leave the college finally today to move into the larger society, realise that you have the corporate integrity of the school to represent and protect at all times.

Each time you live with the consciousness of whom you are, you behave responsibly. Be careful with the kind of friends you made, especially as you move into tertiary institutions for bad companions ruins good character,” he said.

A parent. Mr. Ojerinde Babatunde, also advised the outgoing pupils to be studios.  Babatunde, who was the chairman of the graduation, commended the school’s founder and teachers for sustaining the legacy of the school.