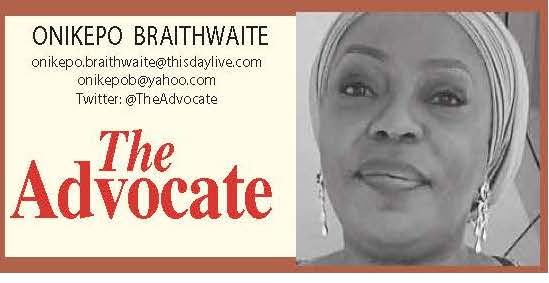 I cannot but comment briefly on the unsigned letter that is alleged to have been written to the Chief Justice of Nigeria (CJN) by his brother Justices of Supreme Court, which made the rounds last week. So many important issues were raised therein, that require urgent attention.

However, without going into the nitty-gritty details of the letter, I can comfortably repeat at the risk of sounding like a broken record or scratched compact disc, that the sum and substance of the matter is that, the salary, allowances and conditions of service of all judicial officers in Nigeria, including those of the Apex Court Justices, is poor and shameful; and there must be an upward review of same forthwith. For example, while Legislators are provided with brand new state of the art vehicles at the beginning of every legislative cycle (every four years), judicial officers do not enjoy the same. The mention of used ‘Tokunbo’ cars in the aforementioned unsigned letter, made me feel bad. I even watched a television interview last week, in which Dr Monday Ubani stated that some judicial officers, Magistrates I think, travel by public transport, since they do not own vehicles. Tah!

Something else that I noticed when I was  reading the 1999 Constitution of the Federal Republic of Nigeria (as amended) (the Constitution), specifically Sections 84 & 291, was that even though the three arms of government are meant to be co-equal, again we see another attempt by the drafters of the grundnorm to elevate the Executive over and above the other arms, particularly the Judiciary. While Section 84(5) & (6) provides that an ex-President and Vice are entitled to pension for life, a charge on the Consolidated Revenue Fund, at a rate equivalent to the annual salary of the incumbent holders of both offices (meaning that the executive pensions move with the times);  in contrast, the CJN, JSCs, President of the Court of Appeal and JCAs are only entitled to their pensions at a rate equivalent to their last annual salary and allowances, provided that they have served as judicial officers for at least 15 years. As it is, the salaries of judicial officers are meagre and outdated, having not been reviewed in well over a decade. Their pensions are then benchmarked on these poor salaries. Ironically, while a President serves for a maximum of eight years (two terms), most judicial officers that reach the Apex Court or even Court of Appeal, have a career that spans well over 25 years on the Bench (some up to 40 years). While the Legislators receive fabulous enough salary, allowances and perquisites to build a home and set themselves up for life even if they do only one legislative cycle (four years), a JSC retires after serving for well over a quarter or close to half a century with little or nothing. Many judicial officers, have no homes to retire to.

For many of these long serving, long suffering judicial officers, when they were called to serve on the Bench, life wasn’t as nasty as it is today. And, while they don’t expect to end up as billionaires, I don’t think judicial officers expect to end up as homeless paupers at the end of their careers either. Their own job description requires integrity, dignity, modesty and seclusion. They are not permitted to be out there doing business, to augment their meagre incomes. Therefore, their salaries and allowances must be good, and they must at least have a decent home to call their own to retire to at the end of their service, and a decent pension to sustain themselves and their families.

It is my sincere hope that, as a matter of urgency, the issues facing the Judiciary are addressed and resolved once and for all. There is no better time than now, to start the upgrade and upward review. Kudos to Lagos and Rivers State, for their efforts to improve the lot of judicial officers in their States.

Allure of the Legislature

Is it the attractive remuneration package of the Legislature and the allure of ‘easy’ money that has made the Senate an appealing retirement home for Ex-Governors and other desperadoes, or is it  just a way for them to try to stay relevant in the business of governance, or a combination of all of the above? I saw a list of Ex-Governors who are vying for the Senate in 2023. If they are successful, 25% of the Upper Chamber will comprise of ex-Governors, many of whom did not particularly distinguish themselves for stellar governance in their States, and are now transferring their deficient work ethic of non-performance to the highest lawmaking body in the land – a truly uninspiring oligarchy. Unfortunately, by virtue of Section 65 and barring any disqualification under Section 66 of the Constitution, they are eligible to run for office.

On the issue of disqualification, even under Section 31 of the repealed 2010 Electoral Act, I didn’t buy the idea that INEC couldn’t reject the nomination of a candidate for any reason whatsoever, as provided therein. I had discussed this issue during the ANDP saga of underaged gubernatorial candidates, and contended that it was Section 177(b) of the Constitution that had rejected them, not INEC. I went on to ask that, if contrary to Section 177(a) of the Constitution, a Chinese National was put forward as a candidate, would INEC accept such an unconstitutional, unacceptable nomination? That unless a disgruntled aspirant went to court to question the qualification of a Chinese National, INEC would allow such a person to contest in the election because it cannot reject a candidate? It sounded absurd.

Now that the obnoxious provision has been expunged from the 2022 Electoral Act (EA), I couldn’t understand what initially seemed like INEC’s reluctance to take necessary action on the issue of rejection of candidates, vis-à-vis those who didn’t contest the primaries but somehow emerged as party candidates for various Senatorial seats. Can Section 35 of the EA which prohibits and voids the nomination of a candidate who knowingly allows him/herself to be nominated by more than one political party or in more than one constituency, be applied against those who were nominated for two elective positions, that is, Presidency and subsequently claimed to have also been nominated for Senate as well, to void both nominations?

Again, while I know that it is not INEC’s place to choose candidates for political parties, what would be the essence of monitoring primaries, if INEC failed to do the needful resulting therefrom? Rejecting the name of an individual that is submitted as the successful candidate for an elective office, who INEC is well aware did not participate in a primary election that it monitored, is as obvious as the examples of the underaged ANDP candidates or the Chinese National. It is trite law that an aspirant who did not participate/contest in his/her party primaries, is not an aspirant in the eyes of the law, let alone the party candidate for elective office. See the case of Ardo & Anor v Nyako & Ors (2013) LPELR-20887 (CA).

Section 78 of the Constitution empowers INEC to conduct elections, while the Third Schedule to the Constitution Part F Section 15(d) empowers it to monitor party primaries, as does Section 84(1) of the EA. By virtue of Section 82(1) & 2(b) of the EA, political parties must give INEC at least 21 days notice inter alia, of their convention or congress for the purpose of nominating candidates for elective offices; failure to give such notification to INEC, invalidates any such meeting (see Sections 82(5) of the EA). That is how important INEC’s role is, in the process of the nomination of candidates in all political parties. What then would be the essence of these provisions, if INEC adopts a ‘siddon look’ stance, instead of playing its role in this regard?

Section 83(1) of the EA mandates INEC to keep records of all the activities of political parties (which would obviously include proceedings at primaries), while Section 84(13) states unequivocally that “Where a political party fails to comply with the provisions of this Act in the conduct of its primaries, its candidate for election shall not be included in the election for the particular position in issue”. ”APC obviously failed to comply with the provisions of the EA, with regard to some of its Senatorial primaries. Yes, Section 84(14) of the EA permits a disgruntled aspirant to apply to the Federal High Court for redress, if he/she has complaints with the selection or nomination of a candidate; but this provision does not prevent INEC taking action as provided by Section 84(13) of the EA. Thankfully, I believe that it was on the basis of the said Section 84(13) that INEC excluded the names of Ahmad Lawan, Godswill Akpabio and David Umahi from the list of APC Senatorial candidates (also see Section 29(1) of the EA). As a record keeper and monitor, it would be strange for INEC to accept names of party candidates it knows didn’t participate in primaries that it monitored, and then let people waste the time of the court whose docket is already congested and resources on litigation, before speaking up.

At times, it is this kind of reluctance/delay on the part of INEC to do what is required, that gives the public the opportunity to cast aspersions on a body that seems to be doing its best to deliver credible elections to Nigerians. I am glad that, in the end, INEC did the right thing and excluded those who didn’t contest in the Party Primaries for the 2023 election, from the list of candidates. Making the right decision inspires public, and indeed, global confidence in INEC. As far as I’m concerned, there is nothing in the law that prevents INEC from rejecting the candidature of so-called aspirants who did not contest the primaries. Not everything has to be litigated upon, to be proved. Does INEC make its own video recordings of such party activities like primaries that is has to monitor? Maybe having those visual record of proceedings, would make INEC’s work as a monitor/observer even easier, and make the process of nominating candidates more transparent.