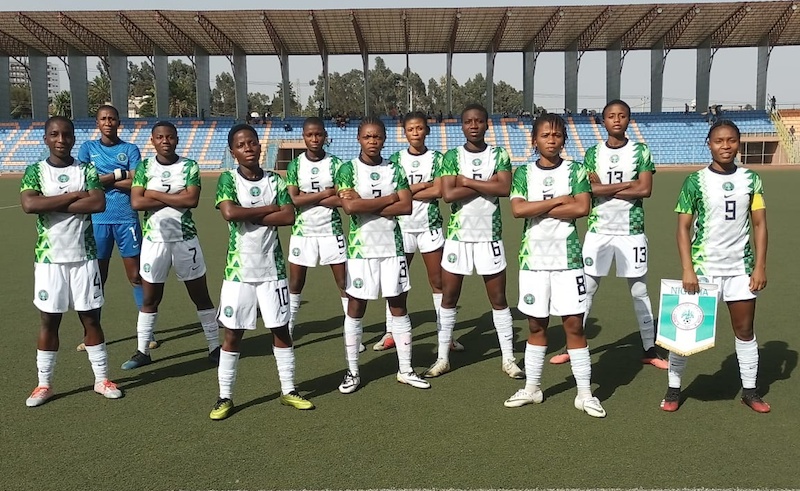 Nigeria’s U17 girls, Flamingos have been placed in Group B of this year’s FIFA U17 Women’s World Cup finals in India, alongside women’s football powerhouse Germany, Chile and New Zealand.

At the draw ceremony done inside the Home of FIFA in Zurich, Switzerland today, hosts India are in Group A with powerhouses United States of America and Brazil, as well as African representatives Morocco. Cup holders Spain, Colombia, Mexico and China make up Group C while Group D has Japan, Tanzania, Canada and France.

India and the United States of America will kick off the tournament officially inside the Kalinga Stadium, Bhubaneswar at 8pm India time on Tuesday, October 11.

The Flamingos, who missed the last tournament in Uruguay in 2018, will have a great re-integration party as they confront Germany at 8pm India time on Tuesday, October 11, at the Pandit Jawaharlal Nehru Stadiun in Goa.

Nigeria’s other matches are against New Zealand on October 14, also at the Nehru Stadium in Goa, and against Chile at the Kalinga Stadium in Bhubaneswar on October 17. (4.30pm).