May 29, 2023 Handover Date is Sacrosanct, Buhari Assures Nigerians 16 hours ago 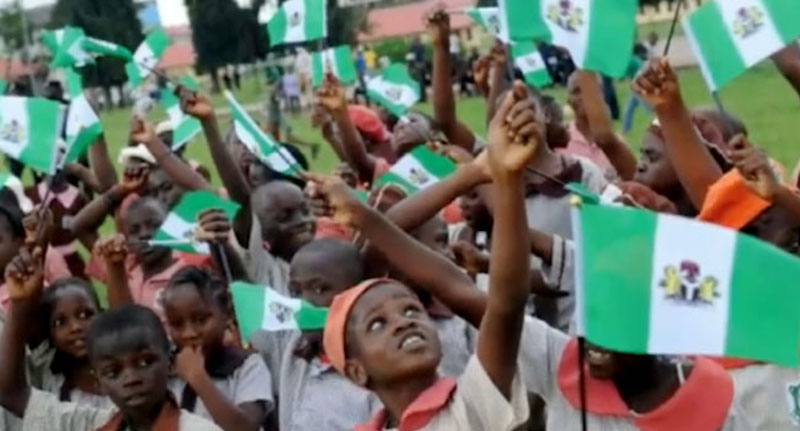 “It is easier to build strong children than to repair broken men.”  — Frederick Douglass Children’s day celebration is not just a day set aside to celebrate the gift of the most beautiful gift of children around the world.

But also to build legacy of character that will transform the society at large. People will always say the Youths are the leaders of tomorrow, but we seems to forget the saying of Dr. Seuss that says “Adults are just outdated children.”The origin of children’s day has left a lasting memory to the celebration of the gift of children all over the world. Children’s day was first celebrated by a pastor in the city of Chelsea, Massachusetts.

Reverend Dr. Charles Leonard, pastor of the Universalist Church of the Redeemer set aside second Sunday of June in 1857 to celebrate children in his church, he actually called the day Rose Day, though it was later became Flower Sunday, and then named Children’s Day.

Children’s day was globally accepted by the international communities, after a delegate from different countries of the world met On Child Welfare in 1925 at Geneva, Switzerland to discuss the well-being of children (Child Welfare) ranging from relief for children that cut-across poverty, education and the total well-being of their existence all around the global.

It was first celebrated In Nigeria as holiday in 1964, Children’s Day is celebrated on 27 May in Nigeria. It is declared public holiday for pupils and students from primary and secondary school all over the federation. Most states of the federation, allow children to celebrate the day, by giving them a special program of coming to the stadium or arcade to compete in military parades format where governors of such states takes salutations from the children.

Best performing school go home with a prizes for a job well done.Most organization hold special programs for children, to mark the day. The day is packed with so many activities ranging from parade, visiting the zoo, funfair and excursion to lighting up the children’s day celebration. Different NGOs uses the day to give to the society especially physical challenged children to make they have a sense of belonging and be part of the society at large. Most organization especially religions homes visit hospitals to see children that are on treatment and mothers that gave birth to children on that day.

Many parent take their times to give their children the very best treats to make the day memorable.It also stand as an avenue to discuss the challenges children face by most media houses, who takes time to deliberate the root cause of morals decadent and the misuse of drugs by children in the society.

While we look to another children’s day, it pertinent to note here that it must not be your kids before you show these lovely ones that we really care about them. Remember Children are the future. Nurture them right, so that they grow up to be able leaders and lead the world towards light. Happy Children’s Day. Egbare Daniel writes from Lagos(danielsegbare@gmail.com