NNPC: How Illegal Connecting Line from Export Terminal into High Sea Was Discovered After Nine Years 48 mins ago 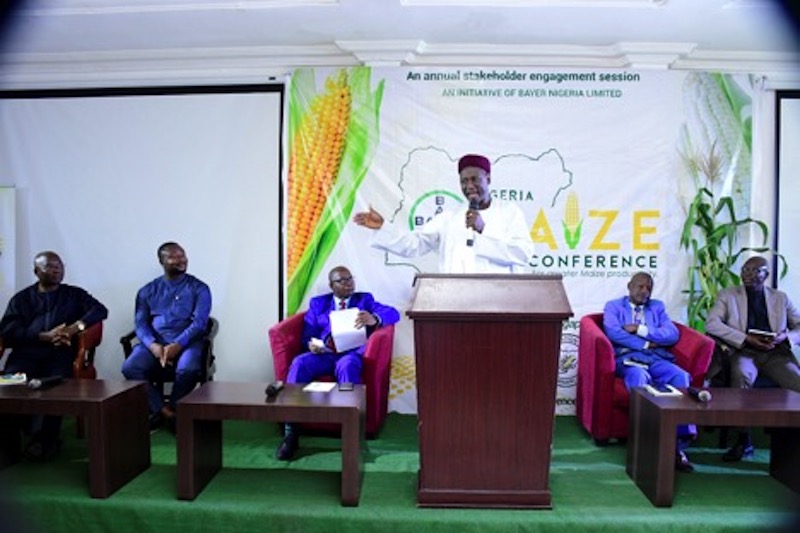 Nigerian maize farmers have been advised on the best farming practices that they can adapt to continually improve their yield, boost profitability, and contribute to sustaining the country’s effort to remain one of the largest producers of maize in the world.

This advice came during the recently held 4th edition of the Nigeria Maize Conference themed ‘Much More Maize 2.0,’ at the Bolton White Hotel, Abuja.

According to a press release made available to THISDAY, the event attended by the various stakeholders in the maize value chain, highlighted strategic and innovative pathways to foster the boost of the maize sub-sector in the country, sustaining Nigeria’s position as the largest producer of maize in Africa and improving its global rating.

In his welcome address, the President of the Maize Association of Nigeria (MAAN) and the Chairman of the day, Alhaji Dr. Bello Abubakar, who was represented by Engineer Sunday Bamidele, showered encomium on Bayer, describing the company as a reliable and dependable partner; commending Bayer for providing innovative and quality agricultural inputs and practices to farmers in Nigeria, saying it has simplified farming practices and helped Nigeria become one of the world’s leading maize producers.

Speaking on the topic ‘Assessment of the Impact of MAAN on the current increase in maize production in Nigeria’, Bamidele stated that through its collaboration with Bayer, Nigerian farmers have been exposed to modern farming practices that are critical to the maize value chain.

“Our relationship with Bayer is unparalleled and we do not regret having them as a partner in progress. This company has been part of our fuel of progress because every year, we teach farmers new technologies and concepts that will increase their harvest, put more money in their pockets and positively impact the country’s productivity as a whole”, he noted.

Country Sales Manager, Bayer Nigeria Limited, Temitope Banjo, described maize production as “a big deal” in the country because it is a very versatile crop that meets both consumer and industrial needs in the country, adding that Bayer aims to bring stakeholders in the sector together and chart the course for increased maize production in Nigeria.

Banjo stated further: “Since we began collaborating with the Maize Association of Nigeria (MAAN), we have seen significant growth in yield for maize farmers across the country. Without a doubt, our partnership contributed to the maize production output which increased from 12.8 to 13.94 million metric tons between 2020 and 2021 and propelled the country to become Africa’s largest maize producer followed by South Africa, Egypt, and Ethiopia, which is only a tip of the iceberg. We anticipate a major boom in the maize sub-sector in subsequent months and more importantly high profitability for every stakeholder in the maize value chain.”