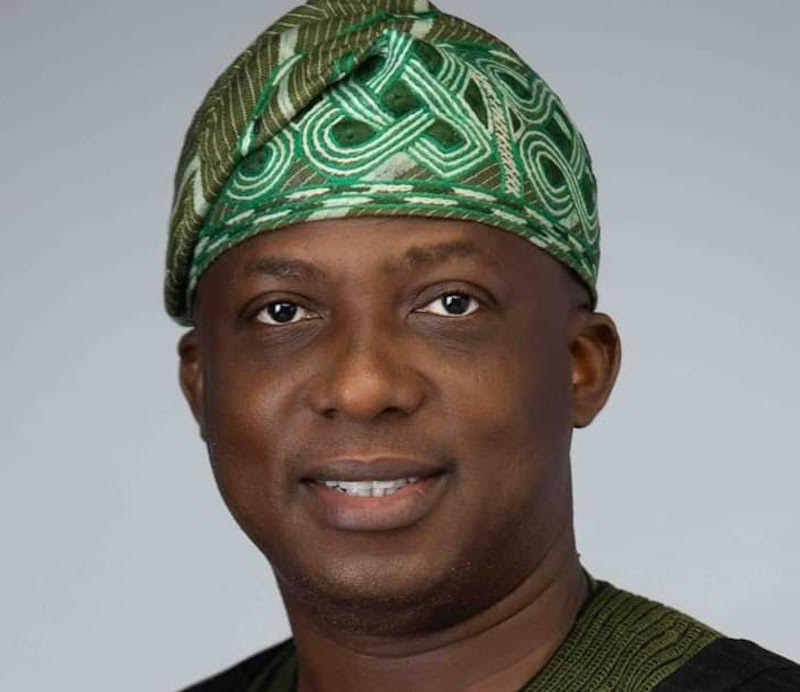 Tokunbo Wahab, Special Adviser on Education to Governor Babajide Sanwo-Olu, who turned 50​ on May 17, highlighted his achievements since the take-off of the administration, part of which is ensuring the seamless transition of the state polytechnic to the university of science and technology; and colleges of education to the university of education, as well as ensuring that students have access to quality education. Funmi Ogundare reports

When Mr. Tokunbo Wahab, Special Adviser to Governor Babajide Sanwo-Olu on Education, assumed office in August 2019, he had one thing in mind; to make a positive impact and give no room for laziness and ​ failure. Being his first time in public service, he had to hit the ground running.

His watchword, ‘whatever is worth doing at all, is worth doing well’, was brought to bear to change the narrative as encapsulated in the ‘THEMES’ initiative of the administration and impact public schools from primary to primary tertiary institutions with laudable projects.

Some of the projects amongst many, especially on tertiary where he holds forth, include; ensuring that Lagos State University (LASU) becomes a global brand.

More recently, is ensuring the seamless transition of the Lagos State Polytechnic Ikorodu, Isolo and Surulere campuses ​ to the University of Science and Technology, as well as Adeniran Ogunsanya College of Education, Ijanikin and Michael Otedola College of Primary Education, Epe, to Lagos State University of Education. The aim was to ensure students’ access to quality education and address the discrimination against NCE and HND graduates in the workplace.

Asked how the administration will be able to manage three new universities and whether it will not pay much attention to LASU, Wahab said the government is already engaging the staff of the institutions to reclassify and redesignate them so that they can fit for the purpose to run the schools.

“If you have four children, are you going to abandon three of them? As a responsible father, you must pay attention to each one of them. They have their unique needs. You won’t abandon one for the other. Our starting capacity for the University of Science and Technology is about 66 PhD holders,” explained Wahab. “For the university of education, it is about 95 PhD holders. They are already in the system. What we have to do is to reclassify and redesignate them to suit for purpose because a chief lecturer doesn’t fit into the university system. So that will start in the next few days or weeks. We are already engaging them, and I have the template.”

He said the ​ unions would ​ also be included in the committee to be part of the discussion of the redesignation and what they needed to do, adding that ​ applications have been received ​ from about 30 professors who plan to do their sabbaticals in the institutions.

“For the science and technology, we have 12. For Ijanikin and Epe, there are about 18. ​ It is like a university of knowledge to attract the best across the country. Are we going to say we are leaving LASU ​ behind? No. LASU is still our first among equals, and we will not leave the new babies. We will water and nurture them. I am glad we have the infrastructure in place. The human capital is there, so we are going to work on what we have and improve on them,” the special adviser added.

For the processes of the reclassification and redesignation, he said the technical committee and the governing councils would engage the lecturers one after another to determine the parameters and the requirements they will need to become ​ professors in a university.

“Now that they have submitted the profiles of the lecturers, the technical committee and the governing councils will sit down and engage them one after the another to know where they fit in. For instance, we look at a chief lecturer and tell him the requirements to be a professor in the university. We will determine the yardstick, and I believe once you carry them along, it’s going to be a give and take. Our take has always been that we should not throw anybody out. We don’t want anybody to lose their job as much as possible,” the Lagos governor’s aide further mentioned.

Wahab thanked the governor ​ and the ​Speaker of the House of Assembly, Mudashiru Obasa, and other lawmakers for the bill to establish the universities, ensuring it became law in February.

Despite the ASUU strike in some states and federal institutions, Wahab said LASU did not join the strike because the governor believes that the lecturers’ needs should be taken care of. According to him, the institutions’ heads were taken abroad for a three-day capacity-building workshop to expose them to new ways tertiary institutions are run.

“We can’t continue to be a big fish in a small pond. We needed to put them on a global pedestal and let them see it from that point of view. It is when you give them that exposure that you can call them to the task that to whom much is given, much more is expected,” Wahab stressed. “The way we did it was structured in a way that there will be a second batch for the next level of training. For instance, we went with the vice-chancellors, deputy vice-chancellors and registrars.​ We did the same thing ​ for Lagos State College of Medicine (LASUCOM).”

Wahab emphasised the hostel facilities and lecture halls for the new universities saying that the administration will look at infrastructure viz-a-viz the number of students to make it attractive for the developers.

“For LASU, we have 8,272-bed space hostels through a public-private partnership, but they ​ have told us in writing that it would not be enough because the year one and final year students outweigh that, ​ so we are going to have a typical market force. We may increase it and ensure that we commission the bed spaces before the end of this year. We inherited a 460-lecture hall capacity in Epe. Now the contractor is back on site. We can’t just abandon it. They need to look at the issues to be ready for the new set of students that will come into university from the next session, which is September/October of this year,” the Lagos official added.

According to him, the Lagos government will do the same thing for Ijanikin.​

“We are ensuring that they have a lecture theatre that will facilitate a proper lecture environment for the new students. For Ikorodu, we are building a world-class admin building which we hope to commission by August,” Wahab stated. “Ikorodu and LASUCOM are also in dire need of hostels, they have done the approval, and you have to make it attractive to the developers.”

Emphasising the low tuition fee regime, especially in LASU, Wahab stated that the administration’s vision is to allow access to quality education for students, adding that this will not affect the quality of output.

“The governing council and the senate have their roles to play to ensure they don’t drop the ball in terms of quality. People need to know that education at the tertiary level is not supposed to be this cheap. But we are always very emotional about it,” he noted. “We did a survey of all the tertiary institutions in the southwest. Ours is the lowest. So what we have done is that we had asked LASU to increase, I think they are charging like N57,000, and for stream two, it ​ is about N150,000, and it’s oversubscribed. For the two new universities, we are going to have an easy fee regime from the beginning so that we don’t shoot ourselves in the feet.”

Asked what Lagosians should expect from his office, the special adviser said, “more work.”​

“It is about impacting your space and impacting lives, people and making a mark. When we talk about human capital, we ensure that the greatest number of people in that space feel the impact of the policy you have come to implement. Have I enjoyed it? Yes. It has been very challenging because we have had to make tough decisions, but we thank God for everything,” said Wahab. “The governor has done so much in this space, and I believe the whole gamut is the benefits that we will start seeing that he has invested in education. He increased the running cost from primary to secondary and invested in technical education.”

The Lagos government has developed two new universities and invested in LASU’s infrastructure.​

“In his two and half years, he has ensured that the College of Nursing is now certified to award OND and HND in the nursing certificate. These are achievements that you can’t wave aside.​ The governor’s investment in education is beyond what I can speak enough about. His investment in human capital is the future of Lagos,” he further said. “It is like planting a Chinese bamboo tree, it will not germinate immediately, but after a few years, with patience and endurance, it will manifest. I thank him so much for believing in me and seeing me as one of those that could help drive that vision.”

Asked what it is like to be 50, Wahab said,” I lost my mom when she was 49. I am hoping to be 95 years. I can’t be 95 if I am not 50. It has been a very unusual journey because we were orphaned in our 20s. I lost my dad in my final year. But we never gave up on life and hope. I believe in God and believe in myself, and I have been a child of unusual grace and mercy. God has granted me good health and wonderful family support. My wife and two kids have been very wonderful,” Wahab added. “Looking back for me has only been God. I thank him for his grace and mercy so far and for standing by my siblings and me when we were orphaned. It has just been a journey of thanks. It has not been smooth, and that has entrenched my faith in him beyond human comprehension. So as I turn 50, I want to do things my way henceforth, and I will keep thanking him.
He thanked the governor for trusting in him.