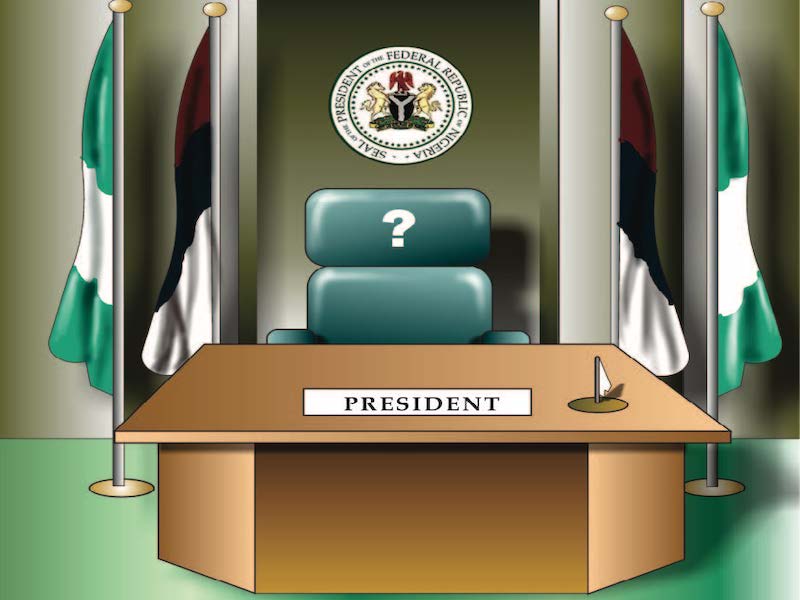 Ahead of the 2023 elections, some serving ministers indicated interest to replace President Muhammadu Buhari in 2023. While some have braved the odds in their quest to realize their ambition, others chickened out before the contest even began,  writes Adedayo Akinwale:

This is the first time this relatively high number of serving members of the Federal Executive Council have indicated interest to take over from their principal. Since the current dispensation of politics began in 1999, only former President Olusegun Obasanjo served out the statutory two tenures of four years each. Buhari is on the verge of equalling Obasanjo’s mark, albeit with a new trend of an impressive number of ministers eyeing his job.

The fact that many of the President’s men and lady desired to step into his shoes may be a pointer to his democratic and accommodating disposition which allows those close to him to express themselves. Only a liberal boss would inspire  a good number of his subordinates to follow in his footsteps. Buhari believes he has sufficiently impacted on and fired the ambition of his lieutenants.

At the valedictory session held for former ministers, Buhari said they have been fully equipped to replace him as president and for other political offices.

The President said: “I am happy to note that a significant number of cabinet members have become sufficiently equipped to aspire to higher elective offices, including the Office of the President. This shows the impact of the experience gathered while serving as members of the Federal Executive Council.

”I have no doubt that if the next President emerges from among former members of this cabinet, like any other aspirant, ample competence and outstanding service delivery would be on display. This will be part of our legacies to Nigerians.

”I also wish to thank you for your invaluable services to this nation through your contributions as cabinet members. I wish you success in the upcoming elections and in your future endeavours.”

Consequently, Ngige was at the valedictory session issued a formal statement after the event to say that he had not resigned because he had pulled out of the Presidential race and notified the President.

Likewise Malami confirmed that he has gone back on his ambition to contest the 2023 Kebbi state governorship election, while Sylva said he withdrew from the race to support Buhari in his quest to achieve a robust oil sector. Tallen also chickened out.

Nevertheless, analysts are of the view that the ministers did not expect Buhari to pull the rug off their feet, because they wanted to hold on to their positions while they contest the primaries and return to their offices should  they lose. But the President’s directive that ministers with ambition should resign forced most of them out of the race.
There’s been some kind of hoopla over the ministers who beat a quick retreat from bowing out. There remains a question over whether the President did the right thing by allowing them withdraw their letter of resignation instead of having to submit their names federal legislators for screening all over again.

The immediate past Minister of Science, Technology and Innovation, Dr. Ogbonnaya Onu is one of the presidential aspirants  from the South-east. While other aspirants are busy consulting and seeking support, Onu has withdrawn back into his shell after making a public bid for the presidency. During his presidential declaration, he practically begged his party to elect him as its candidate to be the chief servant of the nation.

“I most respectfully ask my political party, the All Progressives Congress (APC), to elect me as its Presidential Candidate, and the people of Nigeria to elect me as the President of the Federal Republic of Nigeria, for me to be the chief servant of the nation.

“I am convinced that I have the knowledge, the experience, the credibility, the education having been trained in one of the best universities in the world, the vision, the integrity, maturity and a man who can be trusted,” he said.

Onu is not really viewed as a serious contender for the Number One job in the country.

The immediate past Minister of State for Education, Hon. Emeka Nwajiuba was the first serving minister to resign his appointment. Even though he refused to channel his resignation to the appropriate authority- the Secretary to the Government of the Federation. He was the first to obtain the N100 million form. He also appears to be one candidate setting the pace for the others in many respects, an indication he is not in the race to while away time. Of all the presidential aspirants from the South-east, he has an edge. Whereas he has not really been traversing the length and breadth of the country, consulting like other aspirants, it would be a grave mistake to write him off considering the way Abdulahi Adamu emerged as the National Chairman of APC.

The immediate past Minister of Nigeria Delta Affairs, Godswill Akpabio performed very well as a Governor of Akwa Ibom state. But as far as this contest is concerned, he’s not a force to reckon with. After declaring his intention to run for president in his homestead of Ikot Ekpene, he is yet to catch the sort of attention expected to underscore his seriousness.  It.was speculated that Akpabio was one of the aspirants recruited by a particular aspirant to play a spoiler’s game. He is expected to step down for the aspirant when the time comes. Although he has been holding some skeletal consultations in view of his aspiration, Akpabio has not come out as strong as some of the frontliners. Yet, he is not one to be pushed behind in the scheme of things. He is grounded and understands the terrain as well as its tricks.

The immediate past Minister of Transportation and a presidential hopeful is not a pushover. If there is any aspirant that can give Bola Tinubu, a fellow presidential hopeful a run for his money, it’s Amaechi.  He’s a dogged fighter. He knows the game, especially palace politics, and since he declared for the office of the president, he has shown the stuff he is made of. Amaechi is one man to watch out for and whose capacity for showing up insidiously is top notch. He boasts competence too. He has the experience having been in government since 1999. Among all of Buhari’s ministers gunning for the position, he stands a better chance.

QUOTE
This is the first time this relatively high number of serving members of the Federal Executive Council have indicated interest to take over from their principal. Since the current dispensation of politics began in 1999, only former President Olusegun Obasanjo served out the statutory two tenures of four years each. Buhari is on the verge of equalling Obasanjo’s mark, albeit with a new trend of an impressive number of ministers eyeing his job