2023 Elections: INEC Receives 216 Requests for Particulars of Candidates  56 mins ago 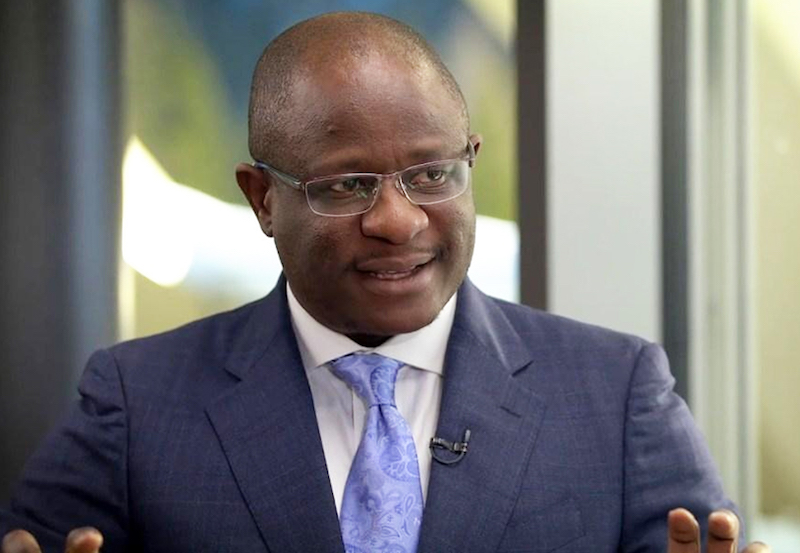 Business is war! That is the thrust of what people learn in business school, and from the preponderance of available literature on business and strategy. Business owners, boardroom tacticians, and corporate raiders pursue business interests just like battle-tested generals at the war front, who must deploy all the arsenal at their disposal to win. The stories of hostile business takeovers around the world are too numerous to list.

There are a number of very famous case studies on hostile takeovers, including those involving Kraft Foods Inc. and Cadbury Plc, InBev and Anheuser-Busch, as well as the Sanofi-Aventis and Genzyme Corporation cases. Collectively, they have somewhat become the locus classicus.

In the case involving the French drugmaker, Sanofi-Aventis launched an $18.5 billion hostile takeover offer for Genzyme in a bitter feud to take control of the US biotech firm. Genzyme produced drugs for the treatment of rare genetic disorders and Sanofi saw the company as a means to expand into a niche industry and broaden its product offering.

Just as in other climes, a hostile takeover of a business is not new to Nigeria. Access Bank made a move on Union Bank around 2009 by mopping up the shares of Union Bank through proxies, to gain enough footholds to make a bid to take over the bank. Things went so bad that Union Bank issued a cryptic press statement accusing a bank of sponsoring thugs to disrupt its Annual General Meeting.

While Access Bank did not succeed at taking over Union Bank at that time, it succeeded with the acquisition of the defunct Intercontinental Bank; an act considered a forceful takeover that was supervised by the Central Bank. The Directors and shareholders of Intercontinental Bank are still in court challenging the propriety of the deal.

The most recent takeover bid that generated bitter media ruckus was the one involving Alta Semper Capital LLP and Health Plus, a retail pharmaceutical company. In 2018, Alta Semper announced a partnership with Health Plus that would require the venture capitalists to invest $18 million dollars in the leading Nigerian retail pharmacy chain. Health Plus, under the terms of the agreement, was to use the money to expand its retail footprint across the country to enhance its competitive advantage. About two years into the relationship, Mrs. Olubukunola Adewunmi George, Founder and Chief Executive of Health Plus cried out, alleging that Alta Semper was plotting to force her out of her company for a complete takeover.

A takeover, as defined by the Investment and Securities Act (‘ISA’), 2007, is “the acquisition by one company of sufficient shares in another company to give the acquiring company control over that other company”. Conceptually, a takeover is a change in the control structure of one company (the target) by another company (the acquirer, or bidder) that assumes control of the target. Of course, a takeover may be friendly or hostile.

It is friendly when the process is voluntary and there are no objections from the shareholders, board, and management of the company being taken over. The consummation of the marriage becomes seamless without dissenting interest leading to litigation.  Whereas, a hostile takeover happens when the shareholders, board, and management of a target company reject the offer or bid from a prospecting company or an investor that seeks to expand shareholding via the acquisition of more shares.

To determine whether a bid is friendly or hostile, it is important to contextualize why a business or an investor within an existing business seeks to take over another company. Some of the reasons or motivations for a firm to decide to undertake a takeover could be part of a wider business strategy for growth, the need to increase market size and leadership, to benefit from economies of scale, secure a bigger route to market, and acquire intangible assets such as brand equity, patents and trademarks. It could also be a means to spread risk through business diversification.

An unfolding case of hostile move on a company that is currently generating disturbing a lot of media attention is the one between Lekoil Nigeria Limited and its offshore subsidiary, Lekoil Cayman Limited. The raging storm is the attempt at a backdoor hostile takeover of the Nigerian business. It is now a matter of litigation; involving Lekoil Limited Cayman Island and Savannah Energy Investments Limited (defendants) and Lekoil Nigeria Limited, the plaintiff.

Going by information in the media, at the heart of the current dispute between Lekoil Nigeria and its offshore subsidiary is $110 million, which the offshore arm supposedly facilitated for business operations in Nigeria.

The Trouble with Lekoil Nigeria and its offshore partner

Sometime in 2020, Lekoil shares took a hit arising from a number of issues, including Covid-19 and the global slump in international oil prices. That opened a window of opportunity for a number of investors to buy some Lekoil shares on the cheap.

Having amassed an appreciable number of shares enough to have control of the Lekoil Cayman board, the buyers, Metallon Corporation made the first move to take total possession of the company and its assets by calling an extraordinary general meeting (EGM) where it fired its Founder/CEO, Lekan Akinyanmi, on alleged corporate breaches. That of course did not go down well with Lekan, who then resigned from the board and retained his position as CEO of Lekoil Nigeria. His resignation sparked a spate of resignations by other Lekoil board members. Bear in mind that both Lekoil Nigeria and Lekoil Cayman had maintained a parallel board until that point.

While all of this was going on, Lekoil Nigeria discontinued funding the Lekoil Cayman board, effectively making the board unable to operate. Following this development, Metallon Corporation proceeded to sell its shares in Lekoil Cayman to unidentified entities, while retaining some of its nominees on the board of the company. More complications.

The dirty boardroom politics that began with the edging out of Lekan Akinyanmi from Lekoil Cayman in a bid to create access for the offshore affiliate company to forcefully gain control of the business in Nigeria, has soured the business relationship leading to a court case where Lekoil Nigeria Limited is now the plaintiff against the defendants, Lekoil Limited (Cayman Island) and Savannah Energy Investments Limited.

As the plaintiff, Lekoil Nigeria accused Lekoil Cayman and Savannah Energy of disregarding Nigerian law and disrespecting a court of competent jurisdiction because of the inordinate ambition to take over oil and gas assets of the Nigerian company that are held in trust for the people of Nigeria. “Rather than respect the rule of law, both companies had acted in defiance to the Nigerian court injunction by going ahead with the EGM as scheduled,” the plaintiff lamented.

It is worth stating that indigenous operators and international oil companies operating in Nigeria are Joint Venture partners with the NNPC Limited, the custodian of all oil and gas assets. It is the responsibility of NNPC to ensure the people of Nigeria derive maximum value from oil exploration to fund development that will improve the standard of living of Nigerians.

It is therefore incumbent on the government of Nigeria through NNPC, to exercise fiduciary responsibility and necessary duty of care that guarantee and protect the national interest in the subsisting standoff between Lekoil Nigeria Limited and its foreign affiliate. Worthy of note is the position of the Minister of State for Petroleum, Timipre Sylva. In a January 2021 letter, the Minister was clear that a takeover of the local entity by a foreign subsidiary cannot happen without following the rules and regulations that govern such transactions under the laws of Nigeria.

In this case, the consent of the Minister of Petroleum must be sought and approval granted before any transfer of oil and gas assets from one company to the other. The Minister’s letter states: “We are of the view that such significant change of shareholding can only be carried out in close adherence with the guidelines and procedures for obtaining consent to the assignment of interest in oil and gas assets dated August 11, 2014, issued pursuant to the powers of the Minister of Petroleum Resources under the Petroleum Act. Articles 3 and 4 of the Guidelines of Ministerial Consent set out the key elements of assignment of ownership and control of interests in oil and gas assets and the requirements for securing ministerial consent.”

Some analysts believe that the impasse between Lekoil Nigeria and Lekoil Cayman has become more complicated only due to the involvement of third-party adventurers. The acquisition of shares on the cheap and the subsequent surreptitious attempt by Metallon to take over Lekoil Nigeria assets, set in motion the twists and turns in the tale that has been over the past several months.

One must ask this question; did Metallon read the Lekoil shareholder agreement before it set about its takeover maneuverings? Was Savannah Energy made aware of that agreement and did it pay adequate attention to it before getting entangled in this messy affair with Lekoil Cayman?

The Lekoil shareholder agreement was apparently overlooked by Metallon and so has Savannah Energy in this apparent takeover bid. That agreement effectively prevents any entity from taking possession of Lekoil Nigeria assets, without due process. And it does seem that the assets are the ultimate target of those seeking a backdoor control of Lekoil.