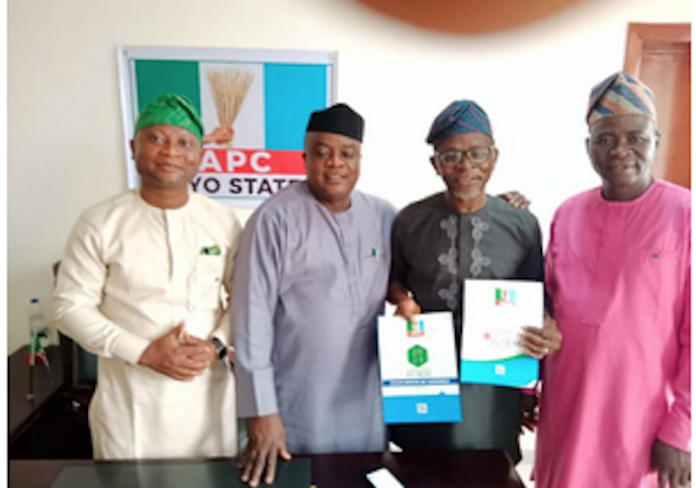 The former Special Adviser who had initially expressed interest in contesting for the House of Representatives seat to represent Ogbomoso North, South and Oriire Federal Constituency said he stepped down his bid for the OYSHA ticket in the interest of the party and based on consultation with the leadership of the APC.

Explaining further, Tunji said his decision to step down his ambition was in deference to the new spirit of reconciliation that was embarked upon recently to unify the different groups in the party.

“If sacrificing my ambition for a seat in the House of Representatives is a price I have to pay to pave way for peace in the Oyo State APC, then it is a small price to pay. What matters is to come together as one and go into the 2023 election with an undivided house. That is the only way we can unseat the usurpers that have taken over in the state.”

According to Tunji who is contesting for the Ogbomoso North State Constituency, the current division in the party in Oyo APC has shown to everyone that no one group can do it alone.

“We need each other, it is thus important for all peace loving APC members to shift from the hard, unyielding stance that has polarised the party at the Wards, Local governments and the state levels.

“The question we should ask ourselves is whether we are keen on continuing the winning formula of 2019 that earned APC 11 out of the 14 Federal Constituency seats and the Senatorial seats from the original two with the defection of Senator Kola Balogun, senator representing Oyo South senatorial seat and the brother of the current Olubadan of Ibadan, Oba Lekan Balogun, to the APC.”

Tunji appealed for continued support from his constituents, promising that he would give a different meaning to the dividends of democracy, if he secured his party’s ticket and ultimately won the election.