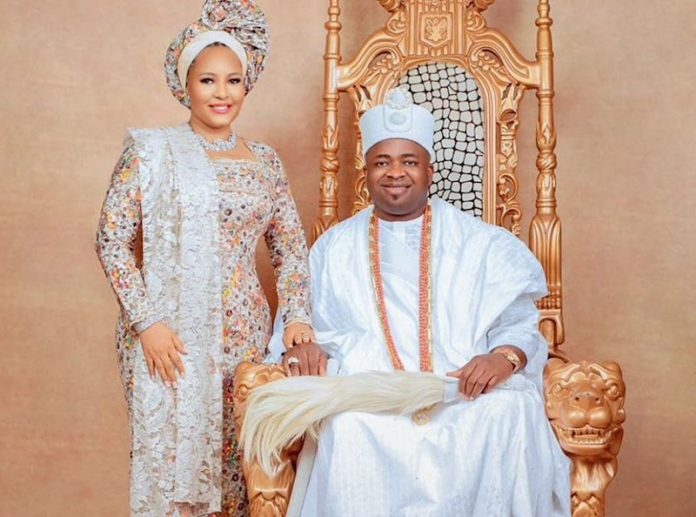 The monarch of Ikateland and traditional style, Oba Alayeluwa Saheed Ademola Elegushi, Kusenla III, just celebrated his third anniversary with the wife that is often referred to as the Queen after Kabiyesi’s heart—his second wife, Queen Hadiza. And because it is a thing of celebration, hearts are drooling with envy over this royal love that has begun to withstand even the fingers of time.

The people of Ikateland have had many things happen to them in the past few months. The most heart-rending of these things was the death of the heir apparent to the Elegushi throne. Yet, even the most empathetic heart could not have imagined what that loss was like for the father and mother of the child, Elegushi and Queen Hadiza.

They say that kings are second to the gods in Yorubaland. But as the Royal House of the Elegushi was thrown into sudden mourning at the death of the young Prince (who was not even two years yet), it became apparent that Elegushi was just a father. But he had to be strong for the family and the land, but especially Queen Hadiza, his beloved Queen Hadiza.

All of that is why this anniversary is very important. It is also why the people of Ikateland are celebrating it with all of their hearts. They all recognize that Elegushi and Hadiza need something to cheer them up and renew their strength and faith. This is just what this anniversary represents.

Elegushi prayed via Instagram about the anniversary that God would keep them together for many years to come. Elegushi is not alone in this wish and many people are hoping to see the beautiful Hadiza conceive another son to further gladden the heart of her husband and king.

Even now, the love between Elegushi and Hadiza is thick and visible. Yes, this is just as it should be.