The Gulf of Guinea still remains at risk of piracy attacks and crew kidnappings, the International Maritime Bureau has raised the alarm.

The International Maritime Bureau is a specialised department of the International Chamber of Commerce, saddled with the responsibilities of fighting crimes related to maritime trade and transportation, particularly piracy and commercial fraud, and in protecting the crews of ocean-going vessels.

A statement yesterday by the United Nations Office on Drugs and Crime (UNODC) said while the efforts of the international and regional navies and coastal response agencies in the Gulf of Guinea have resulted in a decline in piracy and other maritime incidents, the ICC International Maritime Bureau (IMB) in its recent global piracy report has warned that the region remains at risk of piracy attacks and crew kidnappings, thus calling for continued efforts from the international navies and coastal response agencies in ensuring that piracy and other maritime crimes are permanently addressed in the region.

The statement said the United Nations Office on Drugs and Crime (UNODC) through its Global Maritime Crime Programme (GCMP) had organised a Table-top Exercise (TTX) from 4-6 April 2022 in Lagos for the Nigerian Maritime Security and Law Enforcement Agencies, an event which had in attendance 32 officers from 16 different agencies and aimed primarily at providing a platform for the participants to further strengthen inter-agency collaboration on evidence collection through various practical exercises developed based on scenarios used during the OBANGAME Express 2022 covering cases of piracy, drug trafficking and fisheries crime.

According to the statement, the Command Operations Officer of the Nigerian Navy Western Naval Command (WNC), Commodore G.J Kachim, representing the Flag Officer Commanding (FOC) of the Western Naval Command, speaking during the exercise, stated that the exercise was important given the impact of maritime security to the economic growth of Nigeria and the entire sub-region.

He expressed gratitude to UNODC and the EU for the initiative in organising the exercise, noting that inter-agency cooperation and collaboration was key in sustaining the progress in the fight against maritime crimes in Nigeria and the Gulf of Guinea.

He emphasised the importance of following correct operational procedures in interdiction operations and in evidence collection, preservation and handover, as prescribed by law, in order to aid prosecution.

The exercise provided an opportunity for the participants to better understand the needs and benefits of inter-agency coordination and cooperation to investigate and prosecute maritime crime cases; as well as a more accurate and nuanced understanding of the difficulties and particularities of investigating incidents and collecting evidence in the maritime environment.

The statement said the exercise ended with a visit to the Nigerian Navy Western Fleet where the participants were acquainted with the Maritime Domain Awareness and law enforcement platforms and activities of the Nigerian Navy which their agencies can leverage on to discharge their respective mandates.

The activity was conducted under the EU project Support to West Africa Integrated Maritime Security (SWAIMS).

It aims to support the implementation of UNODC’s Strategic Vision for Nigeria which is set out to promote and support the development and implementation of relevant national maritime security strategies and policies; strengthen the criminal justice response to maritime crime; strengthen international cooperation against maritime crime; improve Maritime Domain Awareness by leveraging new technologies and innovative approaches and promote research to deepen the understanding of maritime crime and related phenomena. 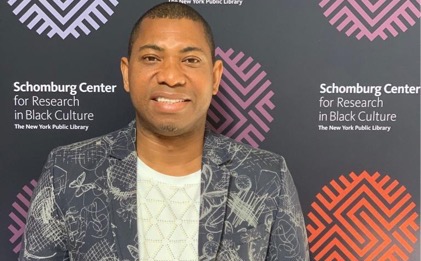