Adesina: China’s Role in Reversing Nigeria’s Infrastructural Deficit Will Not Be Forgotten  50 mins ago

Adesina: China’s Role in Reversing Nigeria’s Infrastructural Deficit Will Not Be Forgotten 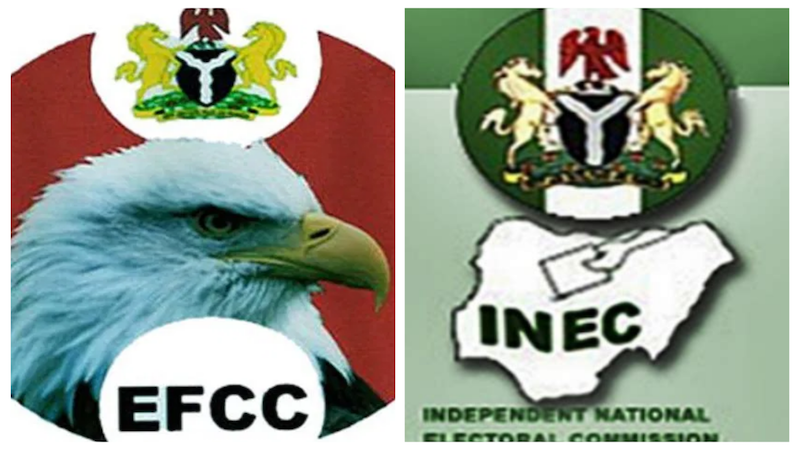 The Electoral Hub, an advocacy group, has urged the Independent National Electoral Commission(INEC) anti-graft and financial institutions to monitor the 2023 campaign spendings.

The Electoral Hub, is an organ of the Initiative for Research, Innovation and Advocacy in Development (IRIAD).

Director of IRIAD, Electoral Hub, Ms Princess Hamman-Obels,   in an interview with the News Agency of Nigeria (NAN) in Abuja said that the call was to ensure compliance to the law and ensure a fair playing ground for all.

Hamman-Obels  said the cooperation of the anti-graft agency will ensure that election results are not determined by the amount of money a political party or a candidate spends during campaigns.

“Although money is germane in the conduct of campaigns, this does not warrant the excessive deployment and vile use of money in the electoral process thus, contravening acceptable ethical standards.

“For the Senate and House of Representatives candidates, they can spend up to a maximum of N100 million and N70 million respectively.

“Compliance with these regulations as well as the monitoring of all sources of funds accruing to political parties is placed on the shoulders of INEC by the constitution.

“This  campaign ceiling for candidates is  actually a lot for  vulnerable groups like  women ,youths and  persons with disabilities  because traditionally or socially , they do not have access to resources yet some candidates overshoot it.”

Hamman -Obels said that for a long time because of the   patriarchal nature of the  society ,men  have been controlling  resources and their “old boys” network make them access resources easily.

She said that men easily get bankrolled for electoral positions and they also easily get God fathers  to sponsor  their electoral  positions but women, youths and people with disabilities (PWDs)  do not easily  have these opportunities.

She said that the gender bill rejected by the National Assembly would have helped in addressing the issue  marginalised groups.

The National Assembly, she said, should reconsider those bills to encourage the participation of women and people with disabilities.

She said that in  terms of campaign finances,  a lot needed  to be done to ensure compliance because presently  INEC seemed to need the support of multisectoral  stakeholders to address the issue .

Hamman-Obels said that there was need to start pushing for a more holistic electoral expenses agenda where stakeholders   would take  responsibility for reporting campaign funding.

She said that there was no need overburdening   INEC unnecessarily,  adding that some of these responsibility should be   thrown  back to political parties and candidates.

She said that it was high time citizens and candidates alike woke up to their responsibilities with the  collective interest of the nation at heart to report  irregularities around campaign  ceiling .

She added that nobody should actually be chased to do the right thing.

Hamman-Obels called for  a holistic framework for electoral expenses and have a joint stakeholders committee juts like INEC had the  Interagency Consultative Meeting on Election Security.

She said that there should also be   something similar to that  in terms of monitoring campaign finance In the country .

She said that the different agencies responsible for  monitoring finances could  come together to monitor campaign finance to a broader framework so that all the burden would  not be on INEC alone.

She said that was the way to start looking at it to make it more effective and make it more possible for vulnerable groups to participate  in elections where use of  excessive  money  would not push them out of participation.

“I think we need to start thinking along that line.

“So, where you have institutions  like CBN ,Bankers Community ,EFCC ,NDIC  among others  coming together with INEC to fashion out a framework about how to monitor campaign finance it would create a level playing field for all “

“We can always learn from best practices like in Poland where bank accounts of candidates are monitored, “ she said.