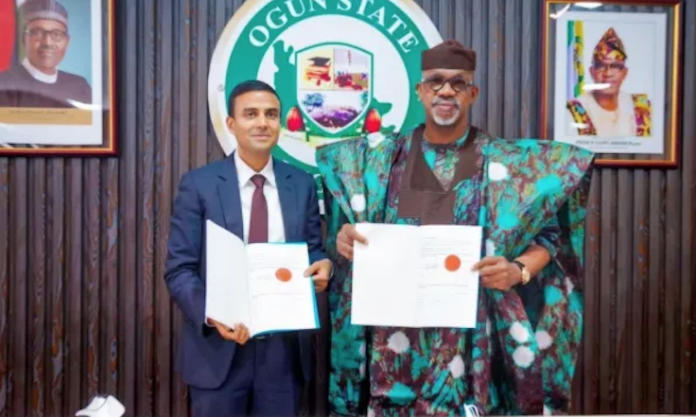 Governor Dapo Abiodun signed the` MoU with the Founder and Chief Executive Officer of Arise Integrated Industrial Platform, Gagan Gupta, yesterday, at the Exco Chamber of the Governor’s Office, Abeokuta.

Speaking shortly after the signing ceremony, Mr. Gupta, disclosed that his organisation would focus on the Olokola Free Trade Zone and the Remo Agro-Processing zone.

He explained that the $400m would be for the completion of phase one of the projects, saying by July 2023, the investment would be higher.

According to him, his organisation would focus on developing the infrastructure at the Olokola Free Trade Zone as well as the Remo Cluster Area and the Agro Cargo airport in the area of agro-processing.

Gupta who also noted that the intention of the group was to ensure that work starts on the industrial zone by the first of July this year, added that the group would also focus more on the upstream sector.

The CEO Arise Integrated Industrial Platform founder added that his company would bring equity to the floor by leaving 35 per cent open for national players and the state, saying “we would be glad to have Ogun State as a partner.”

Gupta commended the level of information made available by the state government to his team when it came on an assessment of the zones to be invested in.

“After visiting Ogun State for two weeks, we were very pleased by the amount of information that was shared. I must confess I had no expectation that the information woul be so readily available, it looked like we were dealing with the private sector and not government,” he submitted.

Responding, Governor Abiodun commended the company for choosing Ogun and noted that the project would not only create employment opportunities, but would be a training hub as the company would set up a technical training centre to train artisans for the sustenance of the project.

He said: “We are happy to find a partner that is Afrocentric; that understands the sub-region and all the issues that pertain to the people and is ready to spend over $400m. We are indeed very excited that you are in Ogun State.

“I am glad you are setting up two Economic Zones, one in Olokola which will deal with mobility and automobiles and the other one, the Remo Cluster which will take care of agro- processing. We will support you and we will leave no stone unturned. Our support to you will be total. The infrastructure you will bring will lead to more investors coming to our state.”

Abiodun said his administration at the inception had identified the comparative advantage of the state and set out to bring in more investors whose investments would not only enhance the socio-economic well-being of the people, but also retain the state’s position as the industrial capital of the country.

He reiterated that “Ogun remains the safest state in the country due to the security architecture put in place, while over 400km of road had been constructed and various reforms and policies put in place to help improve the Ease of Doing Business ranking of the state.”

The governor, however, said that the signing of the MoU was the fall-out of the road shows he took part in different parts of the world, noting that “it will create over 25,000 jobs, a technical training centre and a platform that will benefit the state and the country in the form of Corporate Social Responsibility. My administration will do everything to sustain this relationship.” 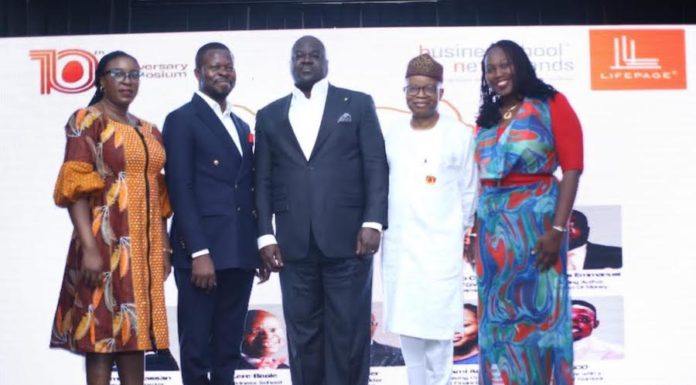